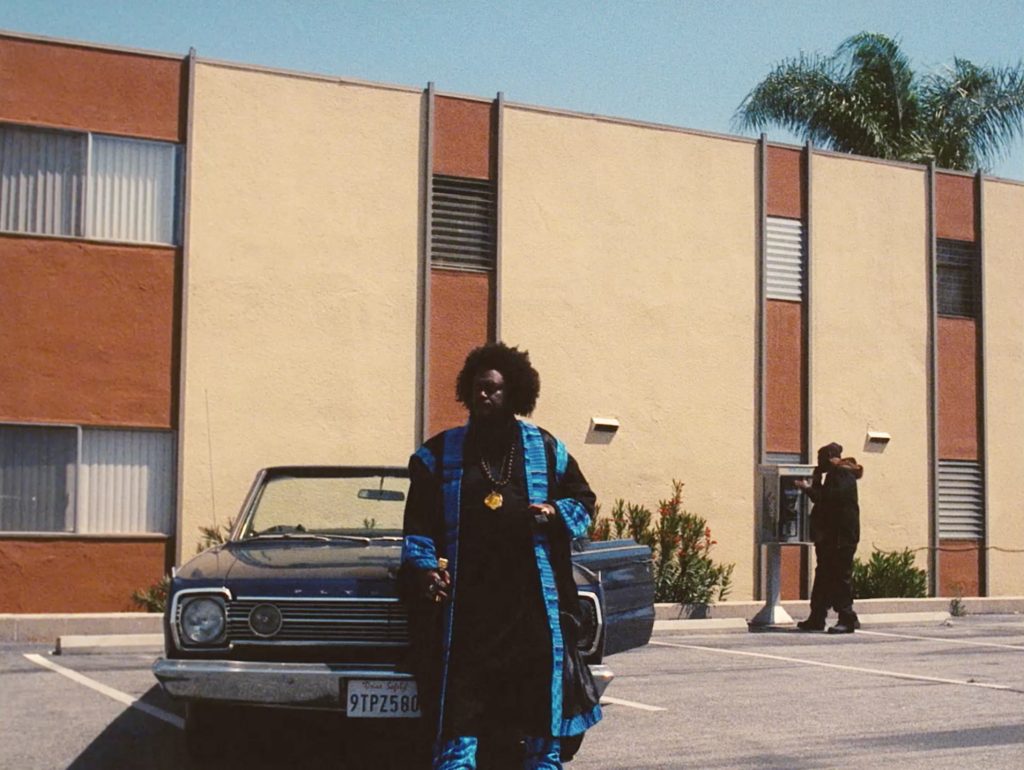 The career of saxophonist and composer Kamasi Washington bubbled under for years before the Los Angeles-based artist broke through on a national and worldwide level. Hints of his potential were there for those who paid attention: in 1999, he won the prestigious John Coltrane Music Competition. While a student at UCLA’s Department of Ethnomusicology, he played with acclaimed jazz guitarist Kenny Burrell and bandleader Gerald Wilson.

After lending his talents to decidedly mainstream projects—Ryan Adams’ 2001 album “Gold,” indie rockers The Twilight Singers’ “Blackberry Belle” from 2003—Washington launched his own career as a recording artist. A series of self-released efforts—“Live at 5th Street Dick’s,” “The Proclamation,” “Light of the World”—unveiled his personal vision of jazz, informed by fusion, avant-garde and funk.

Washington continued to play on other artists’ recordings, and in 2012 he surfaced in Throttle Elevator Music, an edgy jazz-rock-avant-garde project. That group has released four albums showcasing an abrasive and adventurous yet accessible jazz approach.

After working with experimental multi-genre artist Flying Lotus, in 2015 the tenor saxophonist gained his highest-profile notices to date when he provided arrangements on “Mortal Man.” That song was a standout track on Kendrick Lamar’s acclaimed 2015 album “To Pimp a Butterfly.” The same year, Washington guested on Thundercat’s “The Beyond / Where the Giants Roam.”

Despite those important projects, Washington’s crowning achievement of 2015 was the release of his fourth album, major-label debut “The Epic.” The sprawling album runs nearly three hours, and showcases Washington’s instrumental ability and composing/arranging prowess. The large ensemble on “The Epic”—musicians and singers alike—helped realize Washington’s expansive vision.

Multiple publications and online outlets named “The Epic” among the year’s best. While the album performed well on jazz album charts (number three at Billboard), “The Epic” signaled that Washington’s appeal extends beyond the rarefied jazz scene. The two-CD (or triple-LP) album reached #18 on Billboard’s Indie Album chart, and number six on its Heatseekers ranking.

Displaying a bottomless well of creativity, Washington returned with 2017’s “Harmony of Difference.” Ostensibly an EP, the album-length work featured six compositions, each building on the one before it and culminating in a dense yet intriguing final cut, “Truth.” Nine months later Washington released “Heaven and Earth” another epic-length album (over two hours), this time exploring themes around the creation of the universe. Once again critics were nearly unanimous in praising the artist’s simultaneous qualities of tunefulness and adventurousness of spirit.

And close inspection of the packaging for “Heaven and Earth” revealed a companion EP, “The Choice,” offering an additional thirty-nine minutes of Washington music, featuring covers of music by Goffin and King (a reading of the classic “Will You Love Me Tomorrow” and a Rotary Connection-styled remake of the 1970s soul-pop hit “O-o-h Child”). If past is prologue, the prolific and endlessly creative Kamasi Washington should be readying music for release any day now.