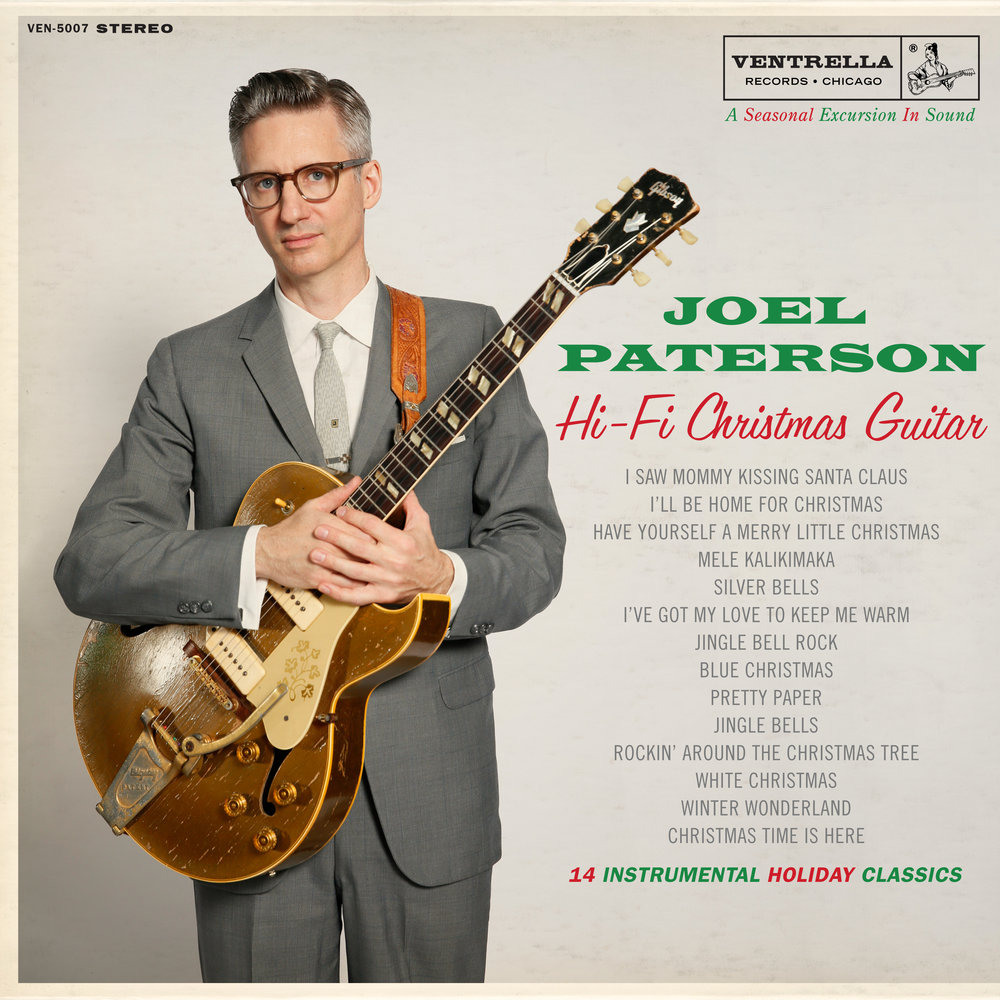 If you’re reading this early in November, you might yet have been spared. But the annual onslaught of holiday music, which carpets the entire culture in a bubbling, high-fructose lava flow, begins earlier every year, seeping farther back into the calendar from the traditional post-Thanksgiving launch that now there’s a fair chance by goddamn Halloween you’ll have already been ear-wormed by “Silver Bells.” So eager are the purveyors of this music to foist it on us as soon as public tolerance will allow, that instead of building toward a satisfying crescendo come December 25, the whole overblown cacophony will have collapsed already into limp and gasping exhaustion before any Christmas goose is cooked (or perhaps even slaughtered). Christmas music shoots its wad well before Christmas arrives.

It’s the oddest category of music—a genre in name only, given that the works it encompasses share no defining form, structure or style. There’s not even any thematic unity, as it includes both secular hey-look-it’s-snowing! tunes like “Winter Wonderland” and entirely liturgical pieces like “O Come, O Come, Emmanuel.” Nowhere else on the musical landscape do novelty tunes survive for clearly unwarranted spans. It’s a safe guess that it’s been decades since you were subjected to ephemera like “Wipeout” or “Gitarzan,”  but just try and get through a Yuletide without being ambushed by “Grandma Got Run Over By a Reindeer.” Songs that in a different context would be regarded as just a notch above kitsch, like “Santa Baby” and “Baby, It’s Cold Outside,” have acquired, in the Christmas-music bubble, the gravitas of Gershwin.

I recognize that Christmas is built on a complex series of integrated traditions (fancy greeting cards, gift exchanges, an elaborate family dinner), and that ritual behavior is part of the holiday’s appeal. So fine, yes, break out that beat-up Bing Crosby Santa-hat LP for one more spin, I get it. What baffles me is the market for more-more-more of this fare from artists whose persuasions and personae seem antithetical to it. (Eric Clapton released a holiday album. The man who gave us “Layla” has now covered “Away In a Manger”—possibly a sign of coming Apocalypse.) So voracious is the Christmas-music market that virtually every artist is sucked into its maw. I mean, Bob Dylan, for God’s sake. Billy Idol. Twisted Sister.

I’m willing to consider that the ubiquity of Christmas music may function as a panicked response to the brevity of the season. You’ve got so much of the stuff, and if you don’t play it now, it’s all just going to sit there for another ten months. Likewise, there’s the theory that Christmas music triggers a purse-string-loosening synapse that prompts stores to blare it at us the moment we innocently cross their thresholds. (Although Mariah Carey shrieking “O Holy Night” while I pluck my bag of quinoa from the shelf at Whole Foods seems more an incentive to cash out and flee than to linger over the display of aged Gouda.)

Possibly it’s an indication of cultural decadence (or just a critic’s crotchets) that among the only interesting additions to the Christmas-music sinkhole are a pair of recent releases which skip over the usual hipster tradition of crafting pop covers of venerable carols in favor of paying tribute to even earlier hipsters’ endeavors.

Jane Lynch’s 2016 “A Swingin’ Little Christmas” is one meta undertaking, reminding us that before her star-making turn in “Glee,” Lynch was a regular cast member of Christopher Guest’s sardonic, pomo mockumentaries (“Best In Show,” “A Mighty Wind,” etcetera). “A Swingin’ Little Christmas” is smart, polished and very enjoyable, but it’s also utterly professional in its evocation of the bright, brassy sound of the fifties, and the so-tight-they’re-scraping-the-paint-job harmonies of vocal groups like the Mel-Tones and the Modernaires. (As in her cabaret show, “See Jane Sing,” Lynch is accompanied  by fellow vocalists Tim Davis and Kate Flannery, and by the Tony Guerrero Quintet). In common with Guest’s films, there’s as much sincerity as satire here; the whole thing is one broad wink, but it’s a wink of invitation. Finger-snappin’, Sinatra-esque takes on “We Three Kings” and “Good King Wenceslas” are even more culturally irrelevant now than they were sixty years ago, but that doesn’t make them any less exhilarating. Possibly the half-century-plus remove even makes it easier to indulge. You’ll have the chance to do so in the flesh on November 30, when Lynch and company take the tunes to City Winery (7pm, 1200 West Randolph, $55-$75).

Similarly, hometown guitarist Joel Paterson’s “Hi-Fi Christmas” evokes in its very title its aim of returning to a distant pre-digital age when audio equipment qualified as furniture. Paterson released the album on CD a year ago a vinyl version debuts this month, and on November 28 Paterson takes to the stage at Space (1245 Chicago Avenue, Evanston) to mark the occasion. He’s accompanied by local virtuosi Beau Sample on bass and Alex Hall on drums, with guest shots by Oscar Wilson on vocals and Chris Foreman on the Hammond B3. The album’s tracks are mainly mid-century material—“White Christmas,” “Blue Christmas,” “Mele Kalikimaka”—as best suits Paterson’s playing, which is in the sparkling, high-electric style of Bo Diddley, Chet Atkins and other golden-age guitar gods. But Paterson has his own sonic touches, as in “I’ll Be Home for Christmas,” where his big, gorgeous chords sneak up on you from the merest whisper. And he takes the unusual step of rendering the obvious tune for this project—“Jingle Bell Rock” —into a kind of easygoing amble. He’s a tremendously seductive player. His approach to the material differs from the affectionate irony ladled out by Lynch: Paterson genuinely sees these tunes as valid platforms for musical invention.

Space is a smaller venue than City Winery, and I have no doubt Paterson’s gig will be more intimate than Lynch’s megawatt variety show. Certainly one or the other is a good fit for you; and I encourage you to order up some tickets while you can. If you’re going to be smothered by Christmas music in November, it might as well be on your own terms.