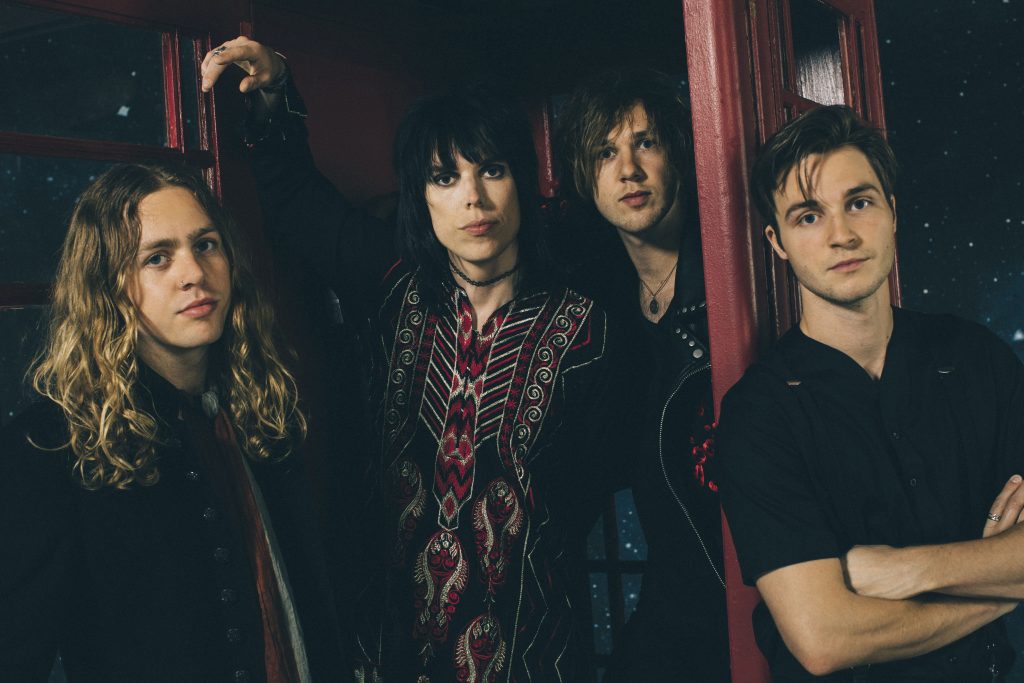 When The Struts released their debut album, “Everybody Wants,” in 2014, nobody seemed interested. Despite a clutch of radio-friendly anthemic rockers, the album, released by Virgin EMI, didn’t succeed as hoped. That inauspicious beginning could have been the end of the story for the foursome from Derby, England. But the band and its management felt they had a good thing, so The Struts re-entered the studio, cutting a number of new songs. A retooled version of “Everybody Wants” was released by Interscope, the band’s new label, in March 2016, nearly two years after the first version.

That second time was the charm; the patchwork record—sporting multiple production credits and even more varied songwriting credits—performed better, reaching ninety-nine on the American charts. But it was the group’s incessant touring and the magnetic onstage persona of vocalist Luke Spiller that truly helped The Struts establish a foothold in the North American market. A late 2016 tour introduced American audiences to the band’s music, a high-energy and polished modern rethink of the sort of sounds once made by Queen, Aerosmith and Slate, though most American audiences wouldn’t make the latter connection.

Songs like “Dirty Sexy Money,” “Could Have Been Me” and “Put Your Money on Me” (the latter co-composed by former New Radicals songwriter Gregg Alexander) are seemingly designed for spirited singalongs; even audiences on that 2016 tour—who couldn’t be expected to be familiar with The Struts’ material—found themselves shouting along in the choruses.

Charges of being Queen soundalikes were brushed off by the band; though Spiller can, when he wishes, be a credible Freddie Mercury vocal doppelgänger, he can just as easily conjure thoughts of Kevin DuBrow (Quiet Riot) or Slade’s Noddy Holder. And onstage, Spiller works hard to engage the audience. He nearly always succeeds.

As early as January 2017, The Struts were reported to be working on a follow-up to “Everybody Wants.” A year-and-a-half later, nothing had emerged (though a digital-only live EP did surface). The band found itself in the curious position of being a highly in-demand live act, thus too busy to work consistently toward the completion of a second album. An invitation to join Foo Fighters on tour as opening act was something of a mixed blessing: that tour opened up The Struts to an entirely new (and substantially larger) fan base, but it pushed completion of the second album even farther into the future.

By September 2018, The Struts once again toured as headliners across the United States. A second long-player, “Young & Dangerous,” was completed, but the tour would be well under way prior to its release. But once the record hit the streets, all of The Struts’ hard touring paid off: “Young & Dangerous” shot to number thirteen on Billboard’s Top Rock Albums chart. With songs that built upon the successful style of the retooled debut, The Struts were finally catapulted into the big leagues.