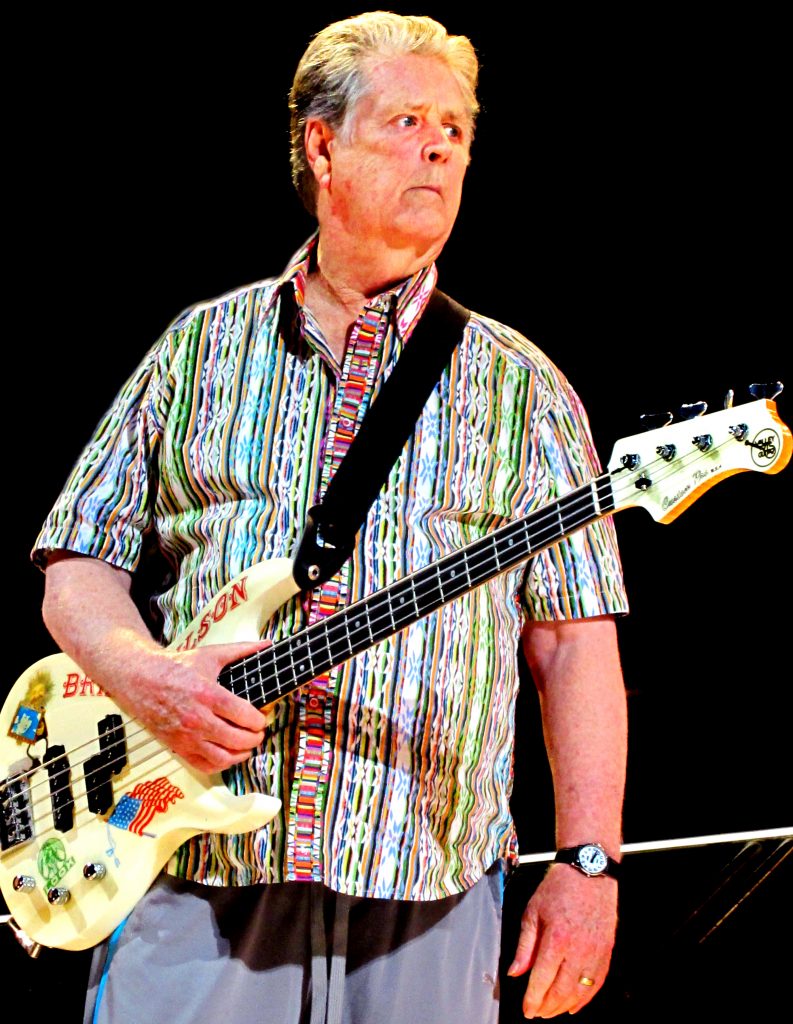 The standard take on Brian Wilson is also the most accurate, and can be neatly divided into two parts.

First part: The man is a genius. There’s no denying that Wilson is a force of nature. His command of recording-studio-as-instrument is beyond compare, which is fascinating in light of the fact that he modeled his approach after Phil Spector, a man who also knew a thing or two about recording. Wilson’s magnum opus remains the album he released under the Beach Boys name, 1966’s “Pet Sounds.” Arguably, his Beach Boys bandmates were session vocalists on that record, which is not to take anything away from their contributions.

Wilson’s follow-up was to have been the even more ambitious “SMiLE,” a record that never came out in its original form—re-recorded and reconfigured versions appeared in the twenty-first century. The difficulties in the making and unmaking of “SMiLE,” were harbingers of the second part of the equation.

Second part: Wilson has issues. As the 2015 biopic “Love and Mercy” suggests, Wilson has long suffered from challenges, explained or defined as schizophrenia, stage fright and other more or less serious afflictions. The ways in which he has been treated, and, for some years, mistreated, left their mark. So while he still comes up with the occasional flash of brilliance—that 2010 album of Gershwin standards was nice, for example—his work over the last few decades can charitably be described as uneven.

But that’s not why people flock to see the man in concert. While today former bandmate Mike Love leads a group calling itself the Beach Boys, that band features no Brian Wilson (the group’s primary composer) and no Carl or Dennis Wilson (both deceased).

Wilson’s group, on the other hand, includes original Beach Boys member Al Jardine as well as late-prime-era Beach Boy Blondie Chaplin, of “Sail On, Sailor” fame. And Wilson’s band is jaw-droppingly facile at recreating the Beach Boys sound—even when tackling the densely layered studio work of the “Pet Sounds” and “SMiLE” era—live onstage.

For his part, Brian Wilson mostly sits at a grand piano, hands at his side or in his lap, looking most nights for all the world like he’d rather be anywhere else in the world than on that stage. And in person—during meet-and-greets, during interviews—he’s generally just as ill-at-ease and non-communicative.

When I interviewed Wilson in 2016, I remarked that back in his Beach Boys days, he famously disliked touring. He agreed. So I continued: “What’s changed?”

“Nothing’s really changed,” he replied. “It’s still about the same.”

Make of that what you will.

Official reports insist that he’s happy to be performing, and if nothing else, the superb performance of his band combines with an opportunity for fans to pay tribute to Wilson for the music he’s created out of the ether. Without question—as long as one isn’t unnerved by the sight of a semi-detached namesake—Brian Wilson in Concert is wonderfully entertaining.