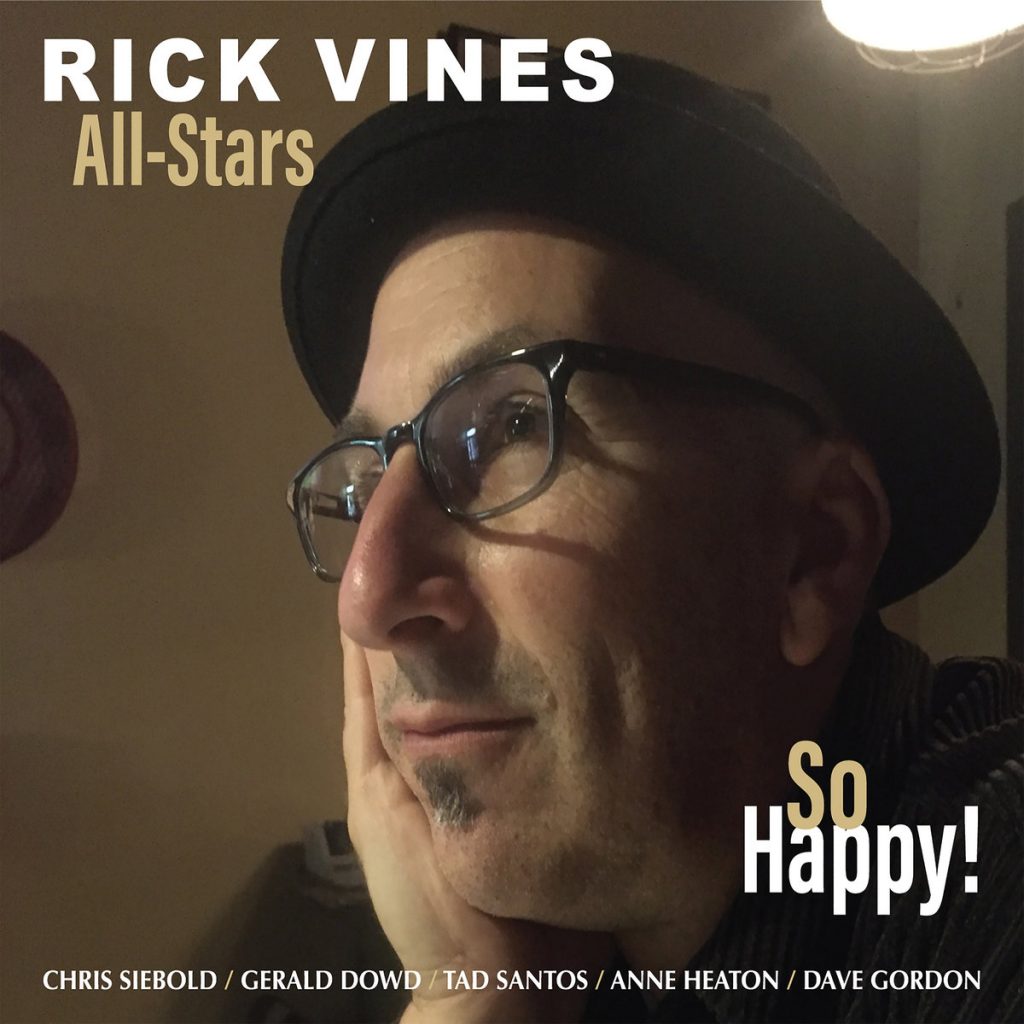 The latest release from Chicago singer-songwriter Rick Vines and his ensemble of topflight “All-Stars” is called “So Happy!” And if that exclamation point weren’t enough to clue you to the irony inherent in the title, the cover profile of Vines should do the trick. He rests his head on his hand, staring off into the distance in an attitude somewhere between moping and melancholy. It’s a surprise, then, that the album-opening title tune is a jangly, upbeat number designed for maximum ear-worming. Vines’ voice, pleasantly nasal in the best Nick Lowe-Marshall Crenshaw tradition, is irresistible on the bridge, where he’s downright insistent on his state of mind, goddammit: “I’ll show you that I’m happy / I’m so happy / Can’t you see I’m happy / So happy I could cry.”

It’s a witty, winning performance, and Vines follows it up with a slate of songs that ought to propel him to the front ranks of Chicago indie voices. He’s a gifted lyricist, and some of the tunes have lines that knock you flat with the painterly brilliance of their imagery, like this passage from the lovely, piano-driven ballad, “Heaven In Your Eyes”: “She was ecstatic at the thought of / Leaving all the things she hated /And hoped those memories would fade like water into rain-soaked clay.” But he’s good with political messaging as well, as in “I Can’t Breathe,” a protest song that manages to capture both the fierce determination and the desperate helplessness of the present, schizophrenic moment: “Sometimes you need to draw the line / I guess it’s here I’m drawing mine / But I feel like I can’t breathe though / No I can’t breathe no / No I can’t breathe.”

The song is inherently Dylanesque. Elsewhere, you feel Vines channeling Leonard Cohen. But it’s Joni Mitchell who has the most direct impact on the album, as Vines provides a muscular cover of “Woodstock.” He maintains his own point of view throughout—at the end of the album, you know exactly who he is—but there’s a passage in the song “Imaginary Man” where he might be addressing the burden of iconic influences this deep into the folk-rock canon’s chronology: “I try to escape from the pull of the past / I stand on my toes I look through the glass / I cannot explain what I need you to know / I cannot remain in this story alone / I do not know exactly what to do next / I am an imaginary man.”

“So Happy!” is available from the usual sources, including Vines’ website.