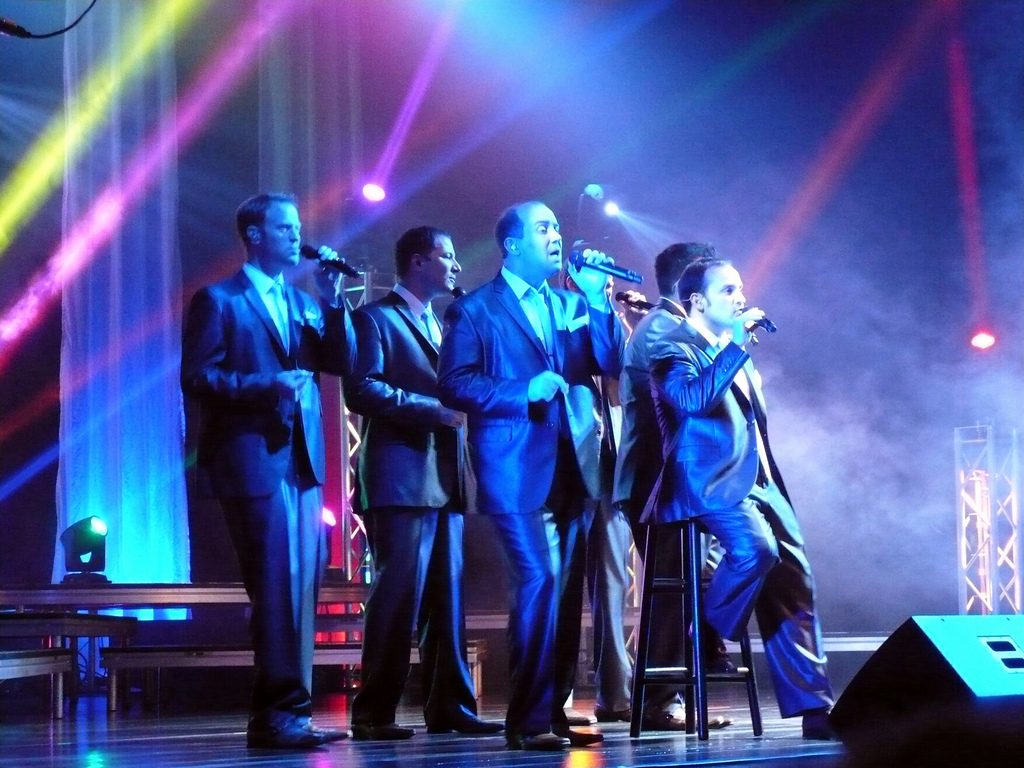 A popular recent trend has been to transform music from its principal form into something new and creatively satisfying. This repurposing of music got a big boost via hip-hop, with remixed and sampled snippets of old recordings recontextualized for modern listeners. More recently, top-flight musicians have recast pop songs in a different musical setting. Scott Bradlee’s YouTube sensation Postmodern Jukebox drew upon often disposable pop songs, reinventing them in the style of pre-war and big-band jazz and other genres. The arrangements often surprised discerning listeners, who might have thought those pop tunes held little  lasting value.

So, too, does Straight No Chaser apply a unique musical perspective to the works of others. The ten-man a cappella ensemble started at Indiana University in the mid-1990s. But unlike more stuffy and serious-minded outfits, the musically expert Straight No Chaser has always suffused its arrangements with both modernity and humor.

Straight No Chaser took an extended hiatus at the turn of the century, regrouping in 2008 with a lineup that included new members. Since reforming, SNC has taken an even more focused and professional approach to its distinctive craft. The group has released four EPs and seven albums; November 2018’s “One Shot” is the group’s latest.

“One Shot” builds on the group’s humor and dizzying vocal dexterity, and most every track is preceded by a whimsical interlude—faux or real audio verité, and it doesn’t matter which—that adds to the enjoyment of the album. One interlude, “Ten Awkward Dudes” explains in a few sentences how the group got its start. One can guess that the story got more interesting after the recording engineer pulled the volume faders down to zero.

Although Straight No Chaser has built much of its audience goodwill by releasing holiday-themed albums (three to date), “One Shot” focuses on the ensemble’s peerless skill at reinvention. Unlikely covers of Grand Funk’s “We’re an American Band,” Loverboy’s “Working for the Weekend” and Thin Lizzy’s “The Boys Are Back in Town” coexist harmoniously with “Livin’ La Vida Loca” and the soul chestnut “When a Man Loves a Woman.” In SNC’s capable hands, the stylistic differences between songs dissolve in a miasma of beatboxing and complex vocal harmony. And it’s done without instruments, making the whole thing even more impressive live than on record.