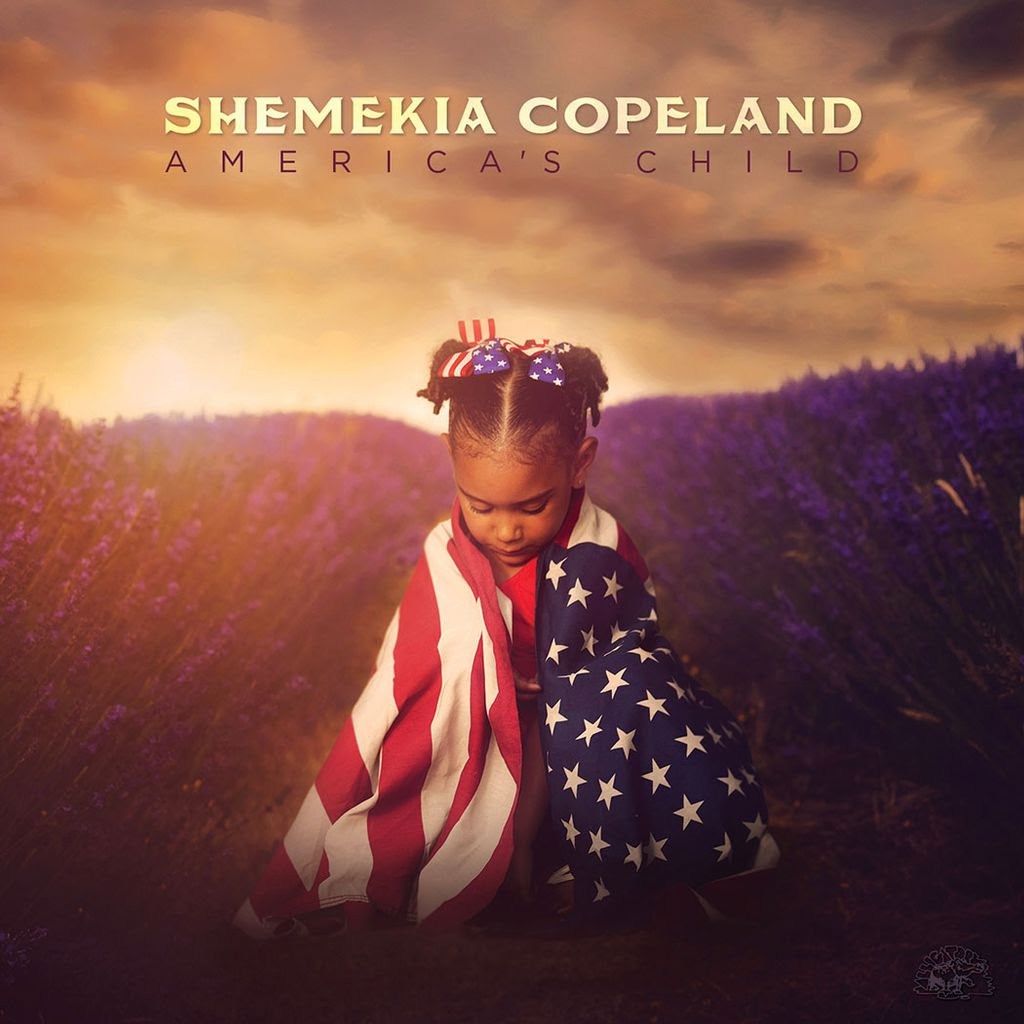 The last three years have seen a singular, landmark, treasure chest of an album from a particular artist, mining veins from traditional African-American music such as hip-hop, gospel and blues, all worth their weight in soul.

If there was any criticism against Common’s extraordinary “Black America Again,” it was its release date. Originally scheduled to come out earlier in 2016, the Chicago native pushed it to drop the night before the November presidential election, but by then it was too late to make a difference. To posit that its philosophy would have the opportunity to disseminate and marinate in the public consciousness outside of hip-hop and modern R&B consciousness and impact election results may be hopelessly naïve, but stranger things happened that year on the “we can’t be cynical enough” side of reality’s spectrum.

Gospel veteran Mavis Staples’ 2017 “If All I Was Was Black” is a soul classic, the apex of a series of collaborations with Wilco’s Jeff Tweedy, timed perfectly for release in 2017 as a meditation on the state of life in America inspired by the darkness under the current presidency (and timed to coincide with Greg Kot’s biography of Staples, featured as a selection of the Chicago Public Library’s “One Book, One Chicago”).

Each of these was a hallmark for its artist. They may have not been the best albums of their respective years, but they carried significance because of their moment.

As 2018 draws to a close, the year’s most important record, if not necessarily the best, although it’s close, is “America’s Child” by Shemekia Copeland. Copeland, who appears this month at City Winery, has been a rising star for years, which belies her youth as compared to the “old souls” of the blues community. Her debut record dropped twenty years ago, but she won’t turn forty until next year. 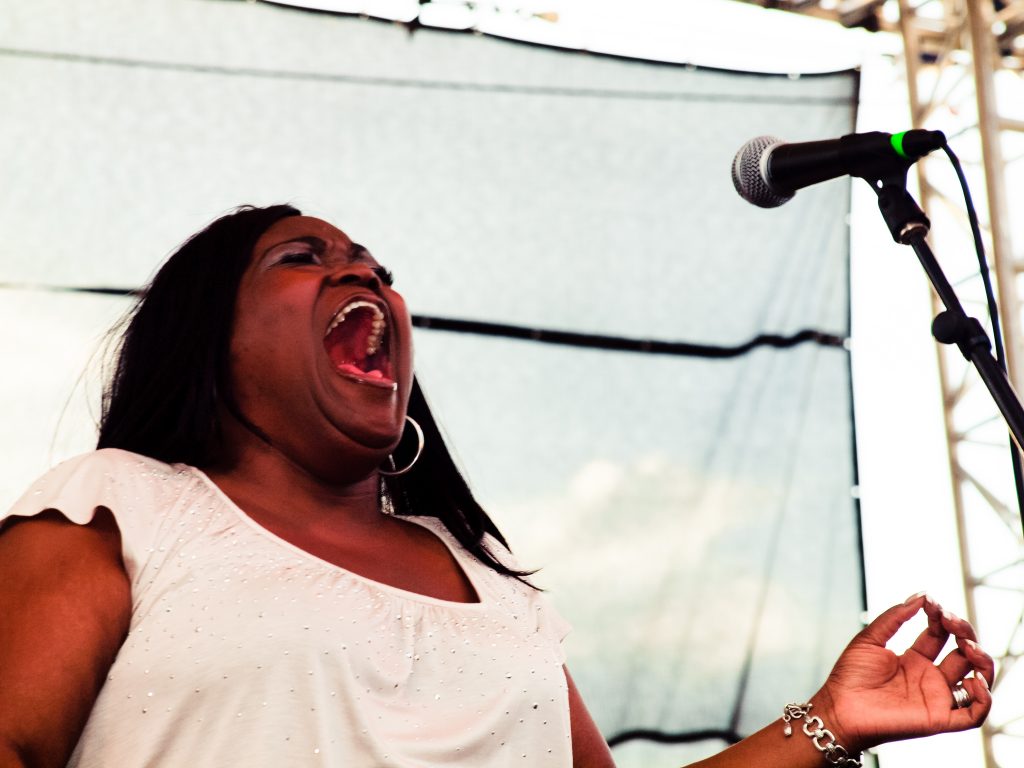 Her eighth album, and second since returning to Chicago independent blues label Alligator, begins with a trifecta of political powerhouses: “Ain’t Got Time For Hate,” a delineation and celebration of the variety of “Americans” (“free to be you and me… We’re walking, talking contradictions, no two are the same, that’s what makes us beautiful, I hope we never change”) and the electric-blues-oozing “Would You Take My Blood?” which channels the musical approach of Robert Cray and asks the white supremacist if he were dying and needed a blood transfusion, would he take hers?

“The Wrong Idea” is a simmering, rocking number where Copeland pushes back at a man trying to pick her up during a night out with the girls. “What makes you think that you got a shot of getting this good stuff that I got?” she sings over vibrant, honky-tonk-soaked fiddle and electric guitar. As is her standard operating procedure, she includes one song penned by her late father, bluesman Johnny Clyde Copeland, and it’s another highlight: “Promised Myself” slows down the proceedings to a slow burn, giving it the torch-song treatment, accented by legendary guitarist Steve Cropper. While she may not have the range of Aretha Franklin, her delivery brings Franklin to mind. Her approach and delivery of each note is naturally brilliant, seemingly instinctive, and that throughline makes “America’s Child” a spectacular collection.

Copeland is “In The Blood of The Blues,” as she sings in a fiery number later in the album, and her delivery on that number is such that hooks seem to spring from her vibrato alone. As Mary Gauthier, who sings back-up and co-wrote two of the compositions, with executive producer and regular collaborator John Hahn, puts it, “her voice on these songs is nothing short of magic.” She calls “America’s Child” “a groundbreaking, genre-bending work of beauty.”

I can’t argue with that, even though the record never grows too far from its blues roots.

Other highlights include a stellar duet with local folk hero John Prine on his “Great Rain,” J. D. Wilkes’ electrifying harmonica part on the searing “One I Love,” a fascinating reinterpretation of a Kinks deep cut, and the closing lullaby, the traditional “Go To Sleepy Little Baby.”

“America’s Child” is a record that stays fresh after repeated listens and offers a new favorite moment with each spin. At the moment, mine is another number penned by Gauthier and Hahn, “Smoked Ham and Peaches,” featuring Rhiannon Giddens of Carolina Chocolate Drops on African banjo.  “Truth ain’t a rabbit, a trick you pull out of a hat / Somebody tell me, what made us fall for that,” Copeland sings and by the chorus, she’s practically begging: “When the whole world seems fake, give me something real.”

With “America’s Child,” Shemekia Copeland has given us something real; and just as Mavis Staples’ most recent recording was penned and steered by Jeff Tweedy, Copeland here had a strong guide in producer and collaborator and Americana Instrumentalist of the Year winner Will Kimbrough, who plays guitar and organ and writes several songs. Kimbrough fronted Will & The Bushmen in the 1980s, and penned songs for many greats since, including Emmylou Harris, who contributes backing vocals here, and has become a serial collaborator, including with Staples. “Shemekia Copeland is the real deal,” Kimbrough says. “‘America’s Child’ goes deep and Shemekia‘s voice—a national treasure—carries the songs effortlessly, whether topical, personal, spiritual, political or just plain raucous fun.  Shemekia rears back her head and what comes out is humanity made vocal.”

Maybe this is the best record of the year. Every time I listen, I think, have I heard any album better than this in 2018, from end to end? There are moments of levity and moments of seriousness and heartbreak; it’s not a perfect album, but the one constant is her palpable passion, and that is Shemekia Copeland through-and-through.

She gave birth to her son Johnny Lee Copeland-Schultz in 2016, and she says that’s what inspired the album’s title. “After having a child, I started thinking about the world I brought him into, how it actually is and how I wished it was and all the things he will have to go through. And to live in this world today, you have to have a strong foundation like I did to make it through. So that’s what ‘America’s Child’ means to me.”