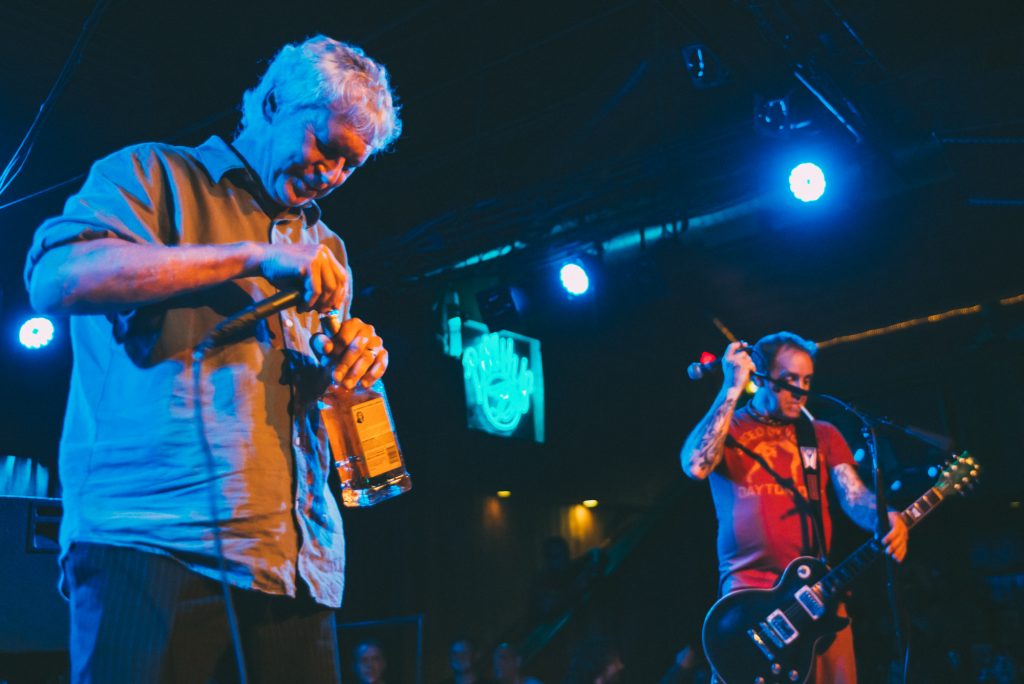 Some recording artists are staggeringly prolific. Underground DIY hero R. Stevie Moore has released literally hundreds of albums. Not far behind Moore is Dayton, Ohio’s Robert Pollard. On his own and with Guided by Voices, Pollard has released more than a hundred albums. It’s estimated that Pollard has—on his own or with collaborators—composed more than 1,600 songs.

It doesn’t necessarily follow that all 1,600 are good. As with the body of work of most any artist, the GbV catalog is littered with throwaways. But amid the filler, the band has amassed an impressive share of memorable songs. Although Pollard can write in diverse styles, his signature is high-powered rock—shades of The Who—delivered in the form of very brief tunes.

Pollard’s lyrics sometimes seem as if the words were chosen at random and stitched together in wanton fashion. Album titles reinforce that notion: how else to explain 1993’s “Vampire on Titus,” 2003’s “Earthquake Glue” or 2014’s “Motivational Jumpsuit”? And for just the right off-kilter cherry on top, Pollard sometimes sings in a vaguely faux-British accent.

On the strength of both its best material and its energetic live shows, Guided by Voices quickly became heroes of the underground-indie rock movement. From 1995 to 2004, the band flirted with the major labels, scoring positions on the U.S. Heatseekers and Indie album charts, but they have yet to dent mainstream charts.

Maybe Pollard, his band and fanbase prefer it that way. Existing largely outside the machinery of the record business has allowed Guided by Voices to make the kind of music that it—or more, to the point,  Pollard specifically—wants to. From the very beginning, GbV has been Pollard’s band. Members have come, gone and sometimes returned. The current group has been together for nearly three years, and includes two members from earlier lineups, drummer Kevin March and guitarist Doug Gillard,  alongside Pollard, bassist Mark Shue and guitarist Bobby Bare, Jr.

Early Guided by Voices shows had a reputation not unlike that of the Replacements., as beer-fueled affairs that dissolved into cacophony. Today, at sixty-one, Pollard has settled down just a bit. And while those first Guided by Voices albums exemplified a lo-fi recording aesthetic, today Pollard and his bandmates create recordings that wed an endearingly slapdash composition esthetic to state-of-the art production values.

After disbanding multiple times, Pollard relaunched Guided by Voices in 2016 with the current lineup. That band has toured extensively, showing that both onstage and in terms of songwriting, Pollard’s muse remains active. The current group has released four albums, and two more—“Zeppelin Over China” and “Street Party “—have been assigned release dates in 2019 and 2020, assuring that the prodigious output of Guided By Voices will continue into the future.