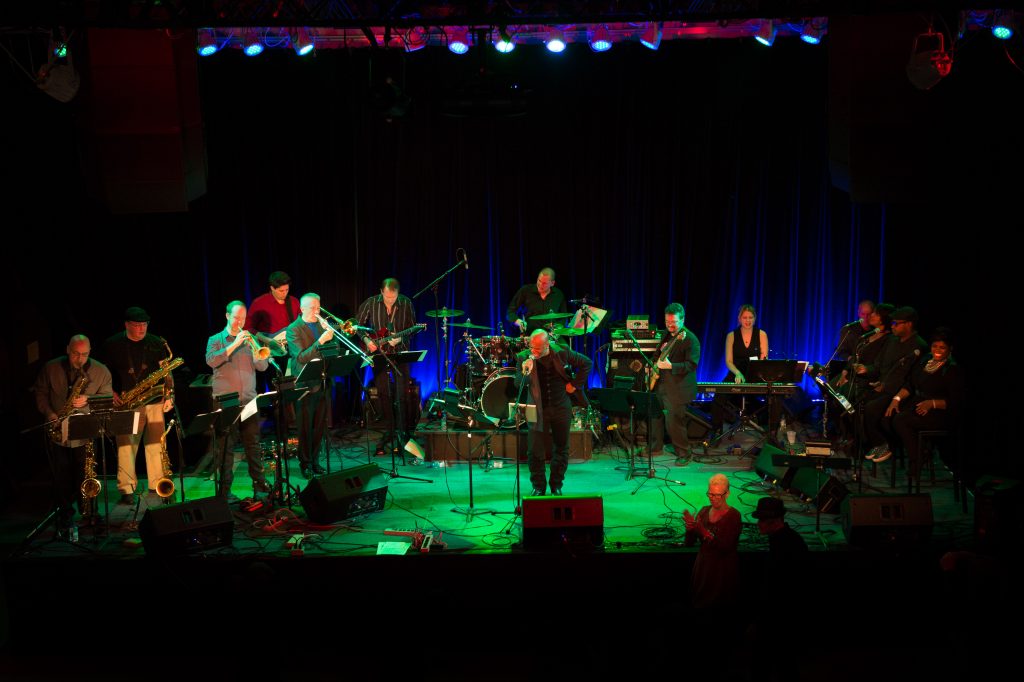 Tribute bands don’t get a lot of media love in this town. Given the sheer amount of musical endeavor on hand, it’s an obvious call for critics to focus on acts that offer something new: original music, an idiosyncratic style of performance or a singular point of view. The artists who move the art form forward are often most worthy of attention and discussion. It’s easier to write about what the art critic Robert Hughes described as “the shock of the new” than to find fresh things to say about songs and sound worlds that have already been extensively dissected.

Still, it’s a mistake to dismiss tribute bands entirely. Their presence on the scene isn’t a fluke or an anomaly. Tribute bands wouldn’t be here if there weren’t support and interest for them. That ongoing interest suggests the impact of artists like Elvis Presley and The Beatles is of a magnitude beyond what can be encompassed in the span of a single lifetime. Even certain periods of such artists’ careers (Sgt. Pepper-era Beatles, Vegas-era Elvis) crystallize into iconic, even epiphanic cultural touchstones, prompting a quasi-religious impulse to resurrect and revere them. In this scenario, tribute bands serve as high priests for ritual worship. (At their best, they’re pagan lovefests.)

What they provide isn’t familiarity—it’s eternity. Paul McCartney is still writing, still recording, still touring, and in his live sets he happily gratifies fans by performing Beatles hits. But it’s questionable whether hearing the septuagenarian McCartney sing “Help!” or “Penny Lane” has the same totemic power as hearing them performed by a McCartney avatar who is expressly seeking to pull the audience down a temporal rabbit hole to the precise 1960s moment when those tunes achieved world conquest. You can test out this thesis this month, when California-based Fab Four brings their Beatles tribute to the Arcada Theater in St. Charles. Or you can catch the decades-spanning Elvis Tribute-Artist Spectacular at Skokie’s North Shore Center on January 16, or Hammond’s Horseshoe Casino three days later.

But just as not all acts were Elvis and The Beatles, not all tribute bands play on the same mythic wavelength. Some of the other ensembles on the January calendar—INXS tribute band Kick (January 4 at House of Blues), Motown Nation (January 11 at Joe’s On Weed) and Eaglemania (January 16 at City Winery)—suggests these bands instead feed off generational nostalgia. More than a spiritual urge to confront an aspect of near-divinity, what we have here seems more likely, and more simply, the desire for the youth of past decades to gather together and hear the songs they grew up with, played exactly the way they remember them. The result may be jubilation, but more comforting than transporting.

And there’s a third stripe of tribute band for whom the motivation is purely artistic. Steely Dan tribute-band Bad Sneakers Orchestra (whose name derives from the 1975 tune) aren’t trying to recreate iconic personae or arena-magnitude magic; their goal is, more humbly (and I think more ambitiously) to keep alive the famously complex, sophisticated, uncannily difficult, yet supremely engaging music of the ensemble headed by Donald Fagen and Walter Becker from 1972 through to Becker’s death last year.

Fagen and Becker were a rare mixture of both music-geek ambition and obsessive-compulsive perfectionism. As composers, they kept giving themselves, as performers, hugely daunting challenges that required Olympian measures of diligence and application. In his monograph on the band’s masterpiece, “Aja,” Don Breithaupt describes a recording process in which lilting spontaneity was achieved only by hours of painstaking meticulousness—a macro effect from micro-methodology. This kind of control, laboriously achieved in the studio, is fiendishingly difficult to duplicate onstage—one of the reasons Steely Dan was, in later years, primarily a studio band.

But Bad Sneakers has its own titan of persistence in its leader, Paul Martin, who has made the ensemble’s jaw-dropping authenticity (the high gloss of the recorded Steely Dan flowing like liquid crystal from the stage) by personally transcribing the arrangements himself—from the only incontestably authentic source: the records themselves. It’s a dizzyingly daunting endeavor; wading through those layers of sound to suss out a chord in which a flatted fifth might make all the goddamn difference to the entire tune (like the single loose bolt on an airplane bringing the whole ship down) must require both a highly trained ear and a Zen-like aptitude for patience.

Which isn’t to suggest that Bad Sneakers’ performances are airless, museum-replica duplications of Fagen and Becker’s recorded originals. One of the most revealing things about a Bad Sneakers performance—though it’s something that wouldn’t surprise a classical-music enthusiast who knows the leagues of variance possible in the same Bach cantata played by two temperamentally different ensembles—is that Bad Sneakers gets all the chordal complexities right, absolutely nails the sleek, clean, summit-of-the-seventies sound, and still manages to be entirely its own thing. The players’ goal, after all, is “just to have fun,” according to guitarist Neal Alger; and no one more exemplifies this than front man Stevie Robinson, who is a creature of the stage in a way neither Fagen or Becker ever was. Robinson delivers the kind of high-voltage spectacle and sizzle that sets Bad Sneakers at the opposite end of the thermometer from its famously chill paternal duo. You can feel the heat for yourself on January 4, when Bad Sneakers Orchestra hits FitzGerald’s in Berwyn.

Alger is also the member of yet another kind of tribute band, which—unlike Bad Sneakers, whose members are rigorously trained jazz players—is made up of seasoned rock musicians (Alger is both). Androgynous Mustache gets together periodically to take on a different band or artist; each member learns his or her part separately, then—ideally with the benefit of a rehearsal or two, but never mind if not—they come together to stir it up for the public. Their Warren Zevon Tribute debuts at Space in Evanston on January 23.

Androgynous Mustache is as congenial as Bad Sneakers is wizardly; and again—as with all the bands I’ve mentioned above—though the driving forces behind them may be different, and the pleasures to be had from them equally so, it’s all pleasure still. Here’s hoping the original artists, from whatever plane they may or may not be looking on, recognize a tribute for what it’s worth, which, it turns out, is quite a lot.