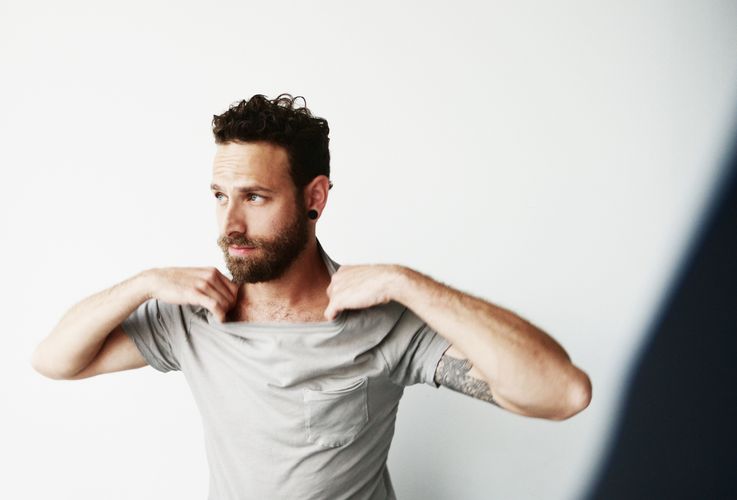 In an ideal world, Chicago singer-songwriter Todd Kessler would’ve become a household name in November 2017, when his debut, “About Memory,” dropped. From its opening cut—the sweetly swaying shanty-waltz “Only Love Is Real” —the album unveiled two irresistible selling points, the first being Kessler’s gorgeous high tenor—which he employs in crooning so intimate, the mic might sue for emotional abandonment afterward. The other major quill in his quiver is his songwriting chops—particularly his lyrics, which, again, right from that first cut, knock you to the ground, then plump a pillow beneath your head: “One, two ships in the harbor / One, two lives to be lived,” he sings, then pulls one of the subtlest and most ravishing phonetic-semantic switches I can remember: “We rejoice the one to set sail / With no thought of the ship coming in.” Jesus, brother; respect. When that voice and those lyrics work in tandem—like the lovely, reaching arc on “Awaaaay we go”—like I said. Ideal world: Todd Kessler’s oyster.

But as we all know, it’s a fallen world and the worthy are often the hungry; and it seemed Kessler would remain a cult obsession, a darling of the cognoscenti (or the jealously guarded private pet of insecure status-seekers, if you prefer). But look what a difference a year makes: suddenly, Kessler is all over the place. In October, he released a stand-alone single, “Meet You There”—a Caribbean-tinged protest hymn in waltz time (Kessler has a real aptitude for making 6/8 sound like you never heard it before), that envisions a coming epiphany both political and personal (“I hear the walls coming down in the cheers of the crowd / I see the dust touch the sky in a billowing cloud / For too long to remember I’ve felt you here next to me / Starting tonight we’re finally free”).

Then in November, he released a video for his most purely incantatory tune, “One More Note” that sets the song’s lilting cadences against a dual-timeline walk in the woods (dazzlingly shot by directors Kobi Swissa and Rachel Rambaldi), with a heart-in-the-mouth visual payoff.

This month, Kessler initiated a residency as the host of “Sigh No More: Songwriters In the Round,” a monthly showcase at Hey Nonny in Arlington Heights… and a little over two weeks later, we find him leapfrogging zip codes to land at Space in Evanston. He’s opening for Tony Lucca, but the trajectory he’s on?—next time you see him, he’ll be the headliner.