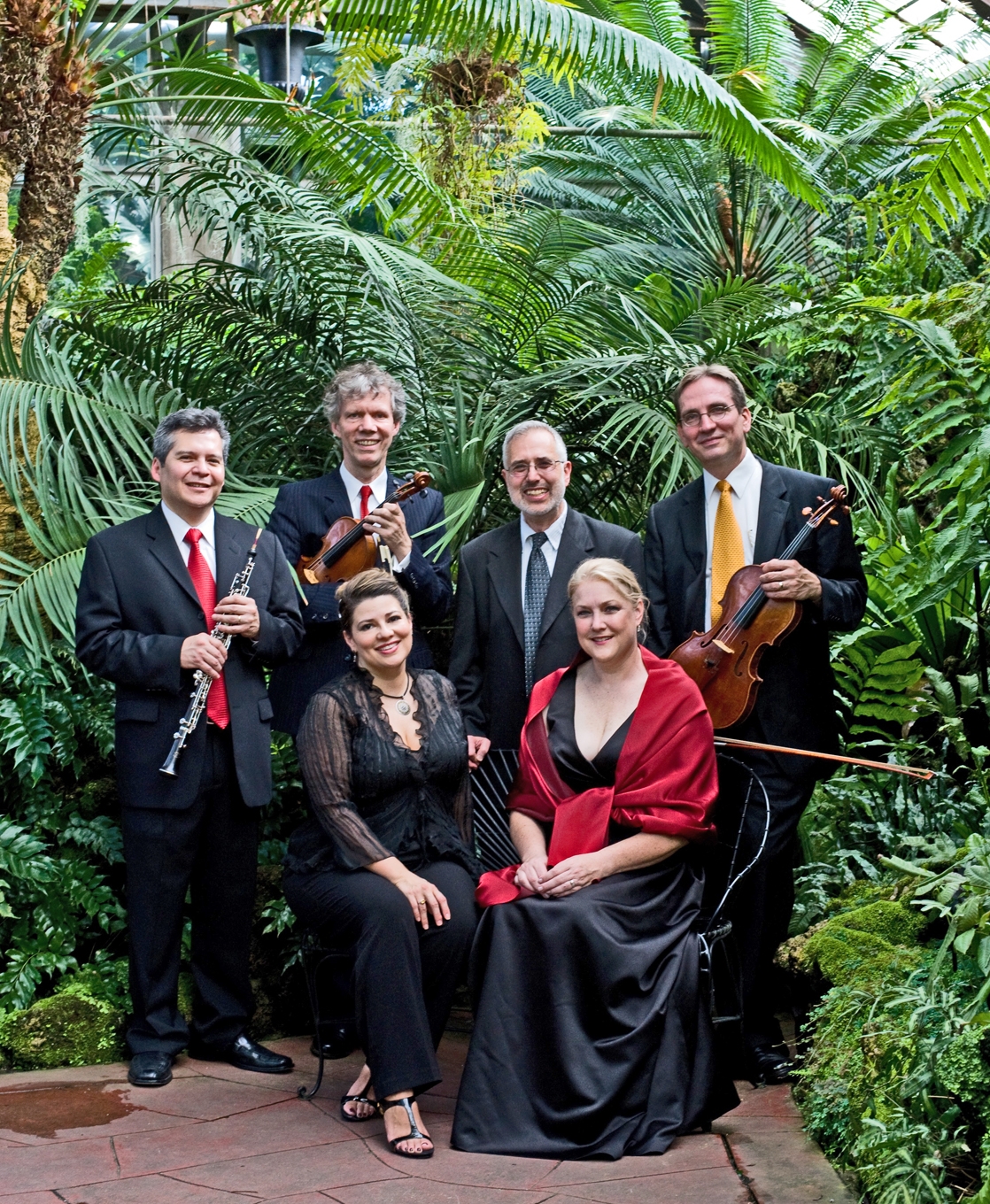 Many years ago I went to a concert at the former Three Arts Club to hear a piece called “From Frankenstein” by my colleague Stefan Weisman. The concert was held by the Chicago Ensemble and Stefan’s piece was on the bill because it had been selected for their “Discover America” program.

The evening was an inspiration for me. The music was great, but I was also inspired by the ambitious mission of actively seeking out new music by little-known American composers. The idea of receiving several hundred musical scores in the mail and poring through one-by-one, looking for a gem to bring to life in a concert, is magical.

There’s something magical about the program’s name as well. Discover America conjures a lot of things; physically exploring the country, encountering the cultures that make up this country, learning of the personal journeys of the millions who have left, and continue to leave their homes to seek a better life here, and reflecting on the power that the word “America” has had for so many people around the world, almost since the beginning.

Or if you’re like me, when you hear “Discover America” you think immediately of a long and glorious road trip. I’m an inveterate road-tripper and have at one time or another driven through nearly every state in the continental United States.

It began when I was sixteen and I turned a short drive to the Lake of the Ozarks into a spontaneous road trip. Rush’s album “Fly by Night” sounded so great on my new speakers that I kept on driving until I got to Arkansas, where I spent two days hiking in the National Forest in Hot Springs.

I even loved the road trips that were borderline disastrous, like the time a couple of friends and I drove to Texas and my car broke down and we had to hunker down in a cheap motel in Odessa for two days, until we could sell the car for scrap to buy bus tickets back home.

At nearly thirty hours, that remains the longest bus trip I’ve ever taken. I passed the time with a 900-page book of Dostoyevsky short stories and finally got off the bus in Columbia, Missouri, wild-eyed from lack of sleep and newly awakened to the darkness lurking in the human soul.

But a lot has changed since that “Discover America” concert in 2004. Last year I drove to Missouri to visit family and stopped in Fort Leonard Wood at what Yelp told me was a brewpub, but which turned out to be a bar called Warheadz in a strip mall with a gravel parking lot.

The bar still allowed smoking and the air was thick with it. But there were pool tables and they were showing NBA games on TV, so I was seriously thinking of staying despite the smoke when the owner of the bar came over and asked what I thought I was doing. I told him I was thinking about having a beer and he basically told me to hit the road, I wasn’t welcome. Somehow he’d sussed me out as a liberal elitist, despite the fact that I grew up only a hundred miles or so from there and am fluent in the local idiom.

I walked out to the parking lot, shoes crunching on the gravel, half wondering if some guys from the bar were going to follow me out and kick the shit out of me, and drove back to my motel room and thought hard about this bizarre encounter.

Mind you, road trips and our growing cultural divide are not what the Chicago Ensemble’s pianist and artistic director Gerald Rizzer had in mind when he created “Discover America.” The Chicago Ensemble began life as a more or less traditional classical music ensemble, and Rizzer developed a passion for programming and discovering American works over time.

Nonetheless, we live in a polarized era, and my recent Missouri experience is hardly unique. So I read about the Chicago Ensemble’s upcoming “Discover America” concert with great interest. Once again, Rizzer has selected a fascinating group of pieces from a broad range of composers born in, or with strong ties to, America, with the range that that word can imply.

Joyce Wai-Chung Tang’s “Reflections on Arirang” makes use of fragments of folk tunes as rhythmic, melodic and harmonic basis. “Arirang” is a Korean folk song, considered the unofficial national anthem, and there are thousands of variations on dozens of versions of the song, which is said to be more than six centuries old.

Matthew Browne’s “On the Immortality of a Crab” is inspired by a Spanish concept meaning “to let one’s mind wander or daydream.” Luzia von Wyl is a Swiss-born composer who effectively blends elements of jazz with American minimalism and other contemporary classical idioms in her “Autumn.”

Alexander Timofeev is a Philadelphia composer whose work for clarinet and piano, “Phoenix,” represents the “fiery yet sensitive beauty of the mythical Phoenix dying in its own sacred fire.” And Chicagoan Roger Zare’s “Telescopic Variations” is a musical representation of the “telescoping” of an antenna, umbrella or—yes—telescope.

Each of the pieces in this concert was selected for its musical excellence and demonstrated compositional craft, not out of a desire to paint a contemporary portrait of the nation, and it’s not like the composers are concerned with this either. But it’s hard not to be inspired by the sheer range of works and composers in the “Discover America” canon and to equate it with a variety of cultures and experiences.

I’m positive I could have found shared ground with the owner of Warheadz if we had tried harder. I mean, we obviously share a passion for basketball, beer and billiards, and that’s not nothing. It’s true that I hate using the letter “z” to end plural words but, as with much else I suspect, we could just not talk about it. The key to unity it seems is knowing what not to talk about. With “Discover America” there’s no need to talk, just listen. We could use more of that.