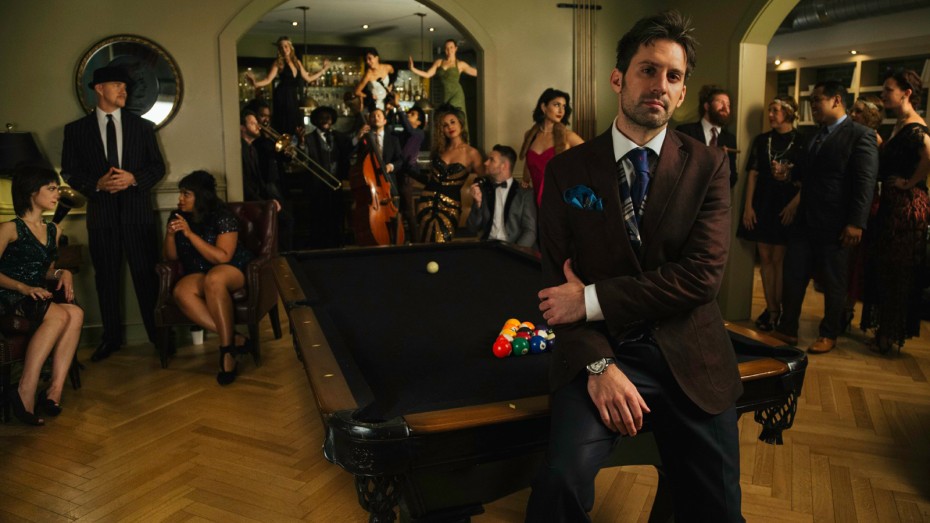 “High concept” is an approach to art or craft that emphasizes a straightforward, striking and readily communicated idea. In music, there’s may be no better exemplar of high concept than Scott Bradlee’s Postmodern Jukebox.

By design, Bradlee’s musical approach is deceptively simple: take mainstream pop hits of today and recast them in the style of earlier pop forms. Leveraging the axiom that a good song transcends genre, Bradlee and his group, featuring a rotating cast of top-notch vocalists, breathe new life into pop songs past their sell-by date. But rather than simply present stylized versions of classic songs, PMJ finds inspired ways to retool tunes that, while popular, might not always be viewed as classic material.

PMJ has a knack for finding what’s special in a song; the band reliably takes the music places its composers never intended. In the hands of Postmodern Jukebox, an arena-rock track like Guns N’ Roses’ 1987 hit “Sweet Child O’ Mine” is transformed into a hot jazz tune out of early twentieth-century New Orleans, with barrelhouse piano, clarinets and a bluesy, boisterous lead vocal from Miche Braden. The roaring-twenties vibe of “Stacy’s Mom” is miles away from the power-chording alterna-rock of the Fountains of Wayne original, but it works.

Bradlee developed his inspired idea a decade ago, shooting low-budget videos of his band playing in his basement apartment in Queens. The videos became a viral sensation on YouTube. After years toiling as a working musician in New York City, Bradlee found that his high-concept approach to music connected with listeners and viewers. The band’s cover of Macklemore and Ryan Lewis’ “Thrift Shop” got more than four million views in 2012.

Postmodern Jukebox is prolific. After releasing its debut EP (2013’s “Introducing Postmodern Jukebox”), the group has released more than twenty albums in five years. Bradlee’s approach is rock-solid, and the built-in variety of his concept—to date using seventy different vocalists—keeps things fresh. So, too, do the high caliber of musicianship and the unfailingly clever arrangements.

Early PMJ albums were self-released, but the wide appeal of the group’s music led to a record deal with Concord. Two albums in particular (2016’s “The Essentials” and 2018’s “The Essentials II”) draw from the group’s deep catalog. The band has embarked on a series of highly successful concert tours, on six continents to date. And to prove to home listeners that PMJ can pull it off live, a 2017 live collection, “The New Classics,” demonstrates the PMJ concept applied to songs from across the pop spectrum. “All About That Bass” works every bit as well as a chanteuse-style reading of  Soundgarden’s “Black Hole Sun” (with vocals by Haley Reinhart) or a gloriously up-tempo girl-group-doo-wop cover of Celine Dion’s “My Heart Will Go On.”

As long as pop tunes and top-flight musicians exist—and as long as Bradlee remains interested in his unique creation—there’s likely to be a welcoming audience for the retro-inventiveness ofScott Bradlee’s Postmodern Jukebox.