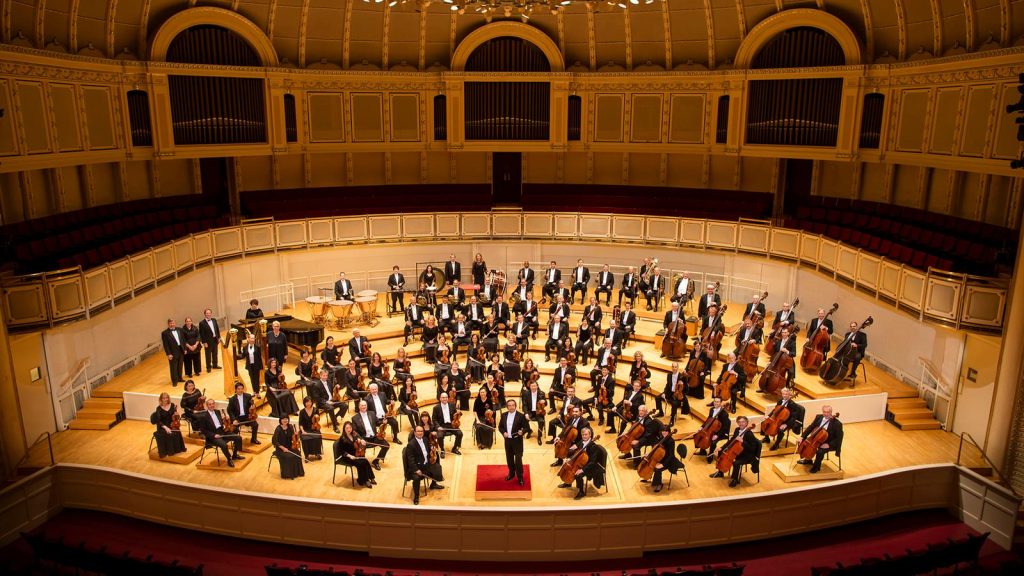 Imagine that you are “the best orchestra in this country and certainly one of the top two or three orchestras in the world,” as music director Riccardo Muti recently characterized the Chicago Symphony Orchestra to me in a radio interview announcing the 2019-2020 season.

Only the Vienna Philharmonic and the Berlin Philharmonic are in the same league as the CSO, according to Muti, who regularly conducts all three, and who turned down an invitation to be music director of the New York Philharmonic to come to Chicago over a decade ago.

Yet where does the Chicago Symphony rank in terms of salary of American orchestras? Fourth, according to the CSO members committee.

This was not always the case. The Chicago Symphony did routinely receive compensation that long reflected their unique stature in the music world as what Muti calls “the top international ambassador of American culture and of the City of Chicago.”

Imagine if the Chicago Bulls of the Michael Jordan era which won six NBA championships were paid at levels lower than mediocre teams and you have a sense of why the players of the CSO took a February 13 vote to “overwhelmingly” authorize a March 10 strike after nearly a year of fruitless contract negotiations and after six months of playing under the terms of a 2015 contract which expired in September.

“When I joined the CSO six years ago,” violinist Gina DiBello said at a February 14 strike-vote press conference, “I had many places to go. I had just won a position with the Boston Symphony and at the time, was principal second [violin] with the Minnesota Orchestra. I decided to come to the Chicago Symphony because it is the leading American orchestra. I came because the orchestra only draws the most talented musicians from across the world and the most extraordinary and high-profile conductors and guest artists [within] a city and community that supports and cherishes one of Chicago’s greatest treasures. I also came with the expectation that the organization behind the orchestra was in line with these same ideals. 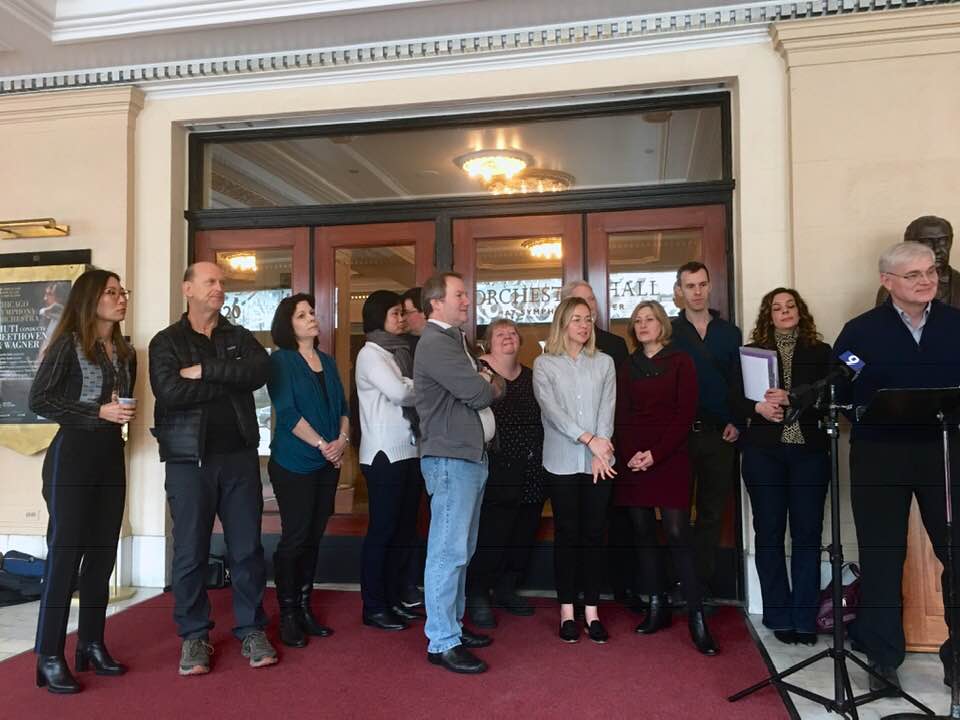 “Yet while the CSO is enjoying increasing revenues, ticket sales and donations, our management is proposing to end our defined benefit pension plan, raise our healthcare costs and stagnate our wages.

“To me, this shows a lack of vision for the future on the [Chicago Symphony Orchestra] Association’s part. This proposal does nothing to respect the world-class stature that the Orchestra has maintained for the last 128 years. This is a great danger to the reputation and viability of the institution itself. We are fighting to ensure that the CSO will remain the leader of American orchestras.”

CSO management issued a media statement the same day that counters with the assessment that “CSO musicians receive the highest base salary of all U.S. orchestras other than two major West Coast orchestras, whose musicians are paid additional compensation for living in San Francisco and Los Angeles, where the cost of living is higher.”

Translation: even by the admission of CSO management, the top American orchestra ranks only third in terms of salary.

“The financial commitment of the management to the Orchestra itself is slightly over a third [of its overall budget],” says nineteen-year French horn player and co-chair of the members committee Jim Smelser. “We have one of the best orchestras in the world, and while we have a great and generous donor base and management working very hard to make ends meet and to nurture the Orchestra, we ask that priorities be shifted [more] to the Orchestra. This Orchestra is able to perform to widely popular acclaim throughout the world and receive high performance fees because of our excellence. We ask that the excellence and commitment of management match what we do.”

“I have been doing this since I was four,” says violinist Susan Synnestvedt, who joined the CSO in 1986 during the Solti era. “And I trained, as virtually all of my colleagues did, to be a soloist: endless hours of practice and dedication over a lifetime. It is actually more difficult and disciplined to be part of a team and an overall sound at this high level than to have the freedom of a soloist.”

“I saw how much rehearsal time you folks are given together,” said a publicist who was an organizer of the press conference, “and I was amazed what a small amount of time it is. You must do most of your preparation on your own.”

“We do,” says Synnestvedt. “We are note-ready and ready to go, all on our own time.”

The CSO members committee also maintains that the Chicago Symphony “provides more service,” that is, gives more concerts per year than any other orchestra of its standing.

Muti and the CSO recently returned from a critically acclaimed Asia tour with stops in China, Taiwan and Japan, a tour that might have been jeopardized if the Orchestra voted to strike at the start of the 2019-2020 season. Instead, the members extended the previous contract for six months in “good faith,” which they feel has not been returned.

“We’re still very, very far apart,” forty-one-year bass-section member and chair of the CSO members committee Steve Lester said. “This is a decision that was not taken lightly, but that was absolutely necessary. We cannot let management’s proposals damage the well-being of our musicians nor the well-being of our institution.

“For five generations, our orchestra has been a leader not just here in Chicago or in the United States, but in the world. We are aiming to maintain that leadership and to maintain the artistic standards that everyone has enjoyed.”