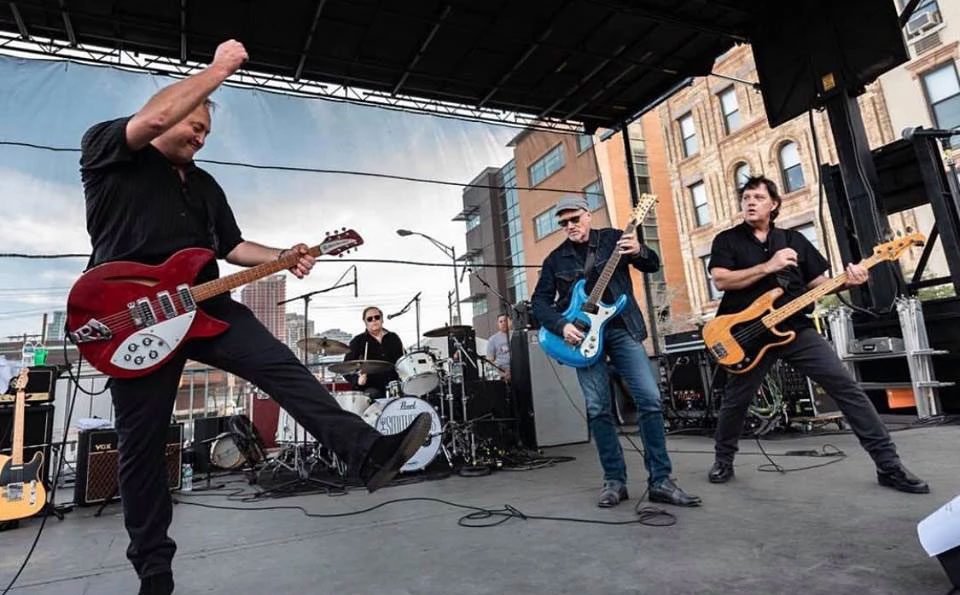 Making music that draws equally from Brill Building girl-group pop, the Beatles and Black Sabbath shouldn’t result in anything resembling power pop. In fact, and on principle, such an unholy marriage shouldn’t work at all. But it does, and the Smithereens are proof. When the hard-working New Jersey quartet burst onto the rock scene in 1980, it was like a breath of fresh air.

Free of the skinny-tie and electronica trappings of “new wave,” the Smithereens made music that drew from the best pop traditions. But—and this is key to the band’s success—it rocked. Singer, guitarist and primary songwriter Pat DiNizio wrote melodic songs that felt heavy but deftly sidestepped the macho posturing that, in retrospect, at least, renders much of the era’s classic rock cringeworthy.

The band self-released its debut EP—a conceptual work, one could argue—in 1980. Three years later, the band attracted wider notice. Mike Mesaros’ thunderously confident bass riff on “Blood and Roses” (from the band’s second EP, 1983’s “Beauty and Sadness”) introduced the sound to an audience that wanted something new, yet firmly rooted in the past. And guitarist Jim Babjak’s approach to his instrument—equal parts Buddy Holly and Tony Iommi—propelled the music. But the Smithereens’ secret weapon has always been drummer Dennis Diken, one of the most tasteful, yet reliably rocking stick men in the business.

Serious music scholars all, the Smithereens distilled their musical loves into something that sounded like nobody but them. Diken points to Gary Lewis and the Playboys as an influence. It’s worth noting that the studio cats who played on those records—immortal pop tunes like “Count Me In”—included Leon Russell and recently passed drummer Hal Blaine.

The Smithereens enjoyed their commercial ascendancy with three albums released in the second half of the 1980s: 1986’s “Especially for You,” 1988’s “Green Thoughts” (featuring the single “Only a Memory”) and “11” from 1989. Later releases didn’t fare as well, but the band could be relied upon to turn in an excellent set of songs, delivered with commitment, authenticity and passion.

For the last decade, the group’s studio focus has been on exploring musical scholarship in the most enjoyable manner possible. “Meet the Smithereens!” is a song-by-song re-creation of the 1964 American LP “Meet the Beatles.” “B-Sides the Beatles” finds the band digging into the Fab Four’s lesser-known gems. 2009’s “The Smithereens Play Tommy” re-imagines the slightly effete songs Pete Townshend wrote for his rock opera, crafting them in a style akin to The Who’s roaringly powerful “Live at Leeds”-era concerts.

After years of health problems, frontman Pat DiNizio passed away in 2017. The surviving members—including Mesaros, who had left the group more than a decade earlier—chose to carry on, keeping the rock fires burning while enlisting the aid of a rotating cast of like-minded guest vocalists that included Robin Wilson (Gin Blossoms) and Marshall Crenshaw. (Crenshaw joins the band for the March 16 show.)

A 2018 compilation of previously released material, “Covers,” serves as a fitting compendium of the Smithereens’ inspirations, featuring distinctive readings of songs by everyone from Irma Thomas to Ringo Starr, Frank and Nancy Sinatra, Iggy Pop and Bruce Springsteen. There will likely never be another band like the foursome from Carteret and Scotch Plains, New Jersey. God save the Smithereens.