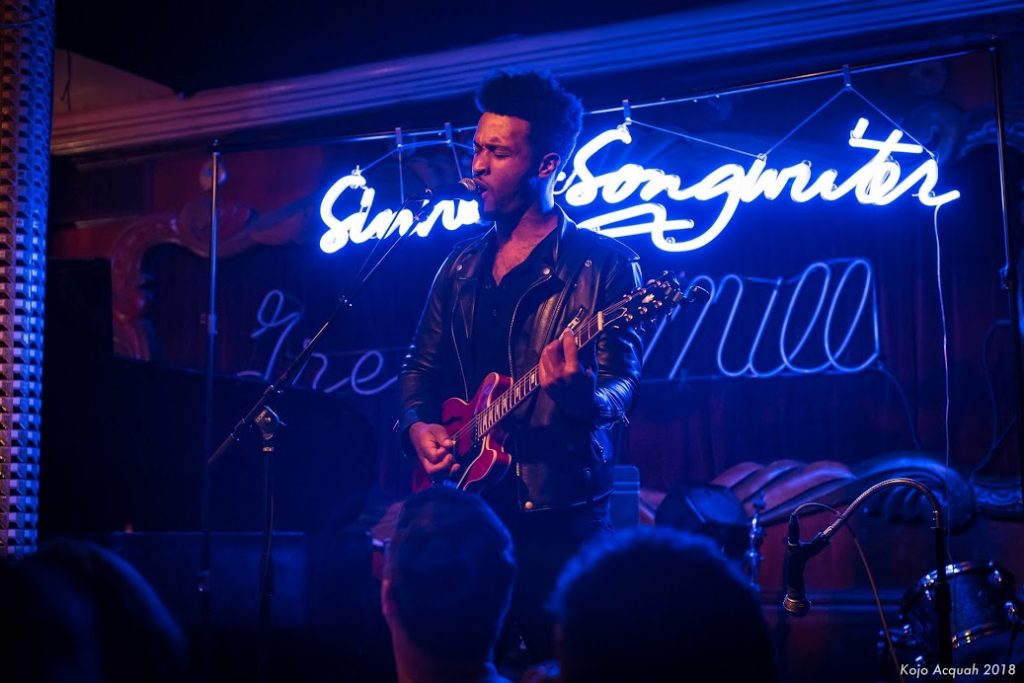 For this critic at least, when a young performer has a legacy attachment to an older, iconic one, it’s a toss-up whether to point it out or not. On one hand, you want to take the artist on his own terms, and not bring someone else’s voice and presence into the discussion. On the other hand, it’s a tough musical landscape for indie-rock guitar-slingers, and anything that can distinguish one of them from the rest is probably a good thing.

As it happens, Chicago native Phillip-Michael Scales—who is the nephew of B.B. King—obliquely makes the reference himself, in the tune “Oh, Beautiful” on his 2018 EP, “Sinner-Songwriter.” “What would you have me do?” he sings. “Keep my mouth shut and sing the blues?”

It’s an odd line, on first hearing—how can someone sing the blues if his mouth is shut?—until you realize that “keep my mouth shut” is a metaphor for stilling his own voice, in favor of slotting himself into his uncle’s métier. The question, then, is rhetorical; and, in fact, the entirety “Sinner-Songwriter” is a repudiation of not only of expectations derived from his lineage, but any expectations lingering from his previous musical incarnations (he’s taken a veering path to arrive at where he is now, including a stint as folk-rocker Briar Rabbit).

Taken literally, “Oh, Beautiful”—a rollicking tune with a killer minor-key vocal hook as an intro—is, like many of the tunes on the EP, about a stormy relationship. The singer is challenging a lover who treats him like dirt. But the lyrics do double-duty. They can be taken as boy-girl stuff, sure, but they can also be read as Scales commenting on his contentious relationship with his muse—as in, for example, this passage from the turbo-gospel a cappella number, “Send Me There”: “Love’s so damn distracting, I got too much work to do / Who knows if it’s worth the pain / But it’s the sweetest shade of blue.”

The tunes are all ridiculously infectious, and if you don’t come away humming at least one of them, you’ve obviously got a vitamin deficiency or something. Scales plays most of the instruments on the EP, giving it a lustrous, high-soul gloss that’s one of its chief attractions. Obviously, he can’t duplicate that feat at his upcoming Tonic Room gig; but I’ve seen the man perform some of these songs stripped-down, just him and his guitar, and what they lose in lavish texture, they make up for in laser intensity. A little bit like the blues, actually, but what the hell. Blood will tell.