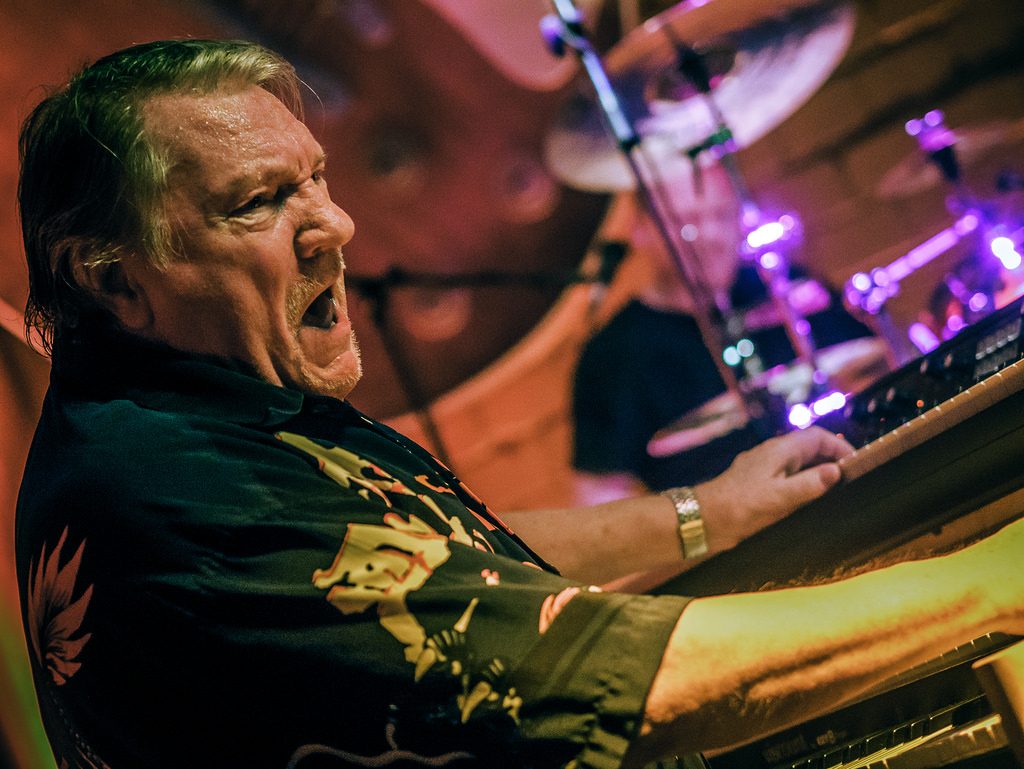 Among the most rock-oriented of soul-jazz musicians (as well as perhaps the jazziest of all rockers), Brian Auger is a musician of legendary talent and taste. Even though his primary instrument is the Hammond organ—followed by electric piano—most listeners first heard Auger on harpsichord; that’s him playing the memorable keyboard part on the Yardbirds’ 1965 hit, “For Your Love.”

Auger has always transcended genre. The same year he cut the Yardbirds single, the London-born keyboardist was a member of Steampacket, which included a young vocalist named Rod Stewart. The group featured another vocalist of stunning, steely virtuosity: Julie Driscoll. After Steampacket ended, Auger joined with Driscoll and launched Trinity, a group that scored a number-five hit in the U.K. with a cover of Bob Dylan’s “This Wheel’s on Fire.” Trinity’s soul-jazz instrumentation and mesmerizing vocals were like no other group’s, but success in the United States was limited. (Driscoll and Auger gave it one final push by taking part in the Monkees’ bizarre 1969 TV special, “33-1/3 Revolutions per Monkee.”)

After Trinity, Auger pursued an even more ambitious soul-jazz-fusion direction, forming Oblivion Express. The group underwent lineup changes but produced a sterling run of albums, highlighted by 1973’s “Closer to It!,” featuring an inventive remake of Gene McDaniels’ “Compared to What,” popularized by Les McCann and Eddie Harris. The LP also included an Auger original, “Happiness Is Just Around the Bend,” distilling all of his virtues—playing, arranging and even vocals—into a single tune.

Unlike many other musicians, Auger is possessed of a full understanding of both rock and jazz, so while other jazz-rock hybrids fall flat or lean too far in one or the other direction, Auger’s work focuses on the instrumental acuity of the musicians without sacrificing the visceral energy of rock. And he knows his way around an irresistible riff, often delivered through fingers flying across the waterfall keyboard of an organ (he’s a master of piano, synthesizer and other keyboard instruments, too).

Though he’s never achieved the level of stardom his talent and output deserve, Auger has remained active. Beginning in the 1990s his band included son Karma on drums and daughters Savannah and Ali on vocals. As he approaches his eightieth birthday this July, Brian Auger has lost none of his fire and finesse. He’s touring with the latest lineup of Oblivion Express, featuring longtime associates Alex Ligertwood (vocals) and several of the keyboardist’s talented offspring.