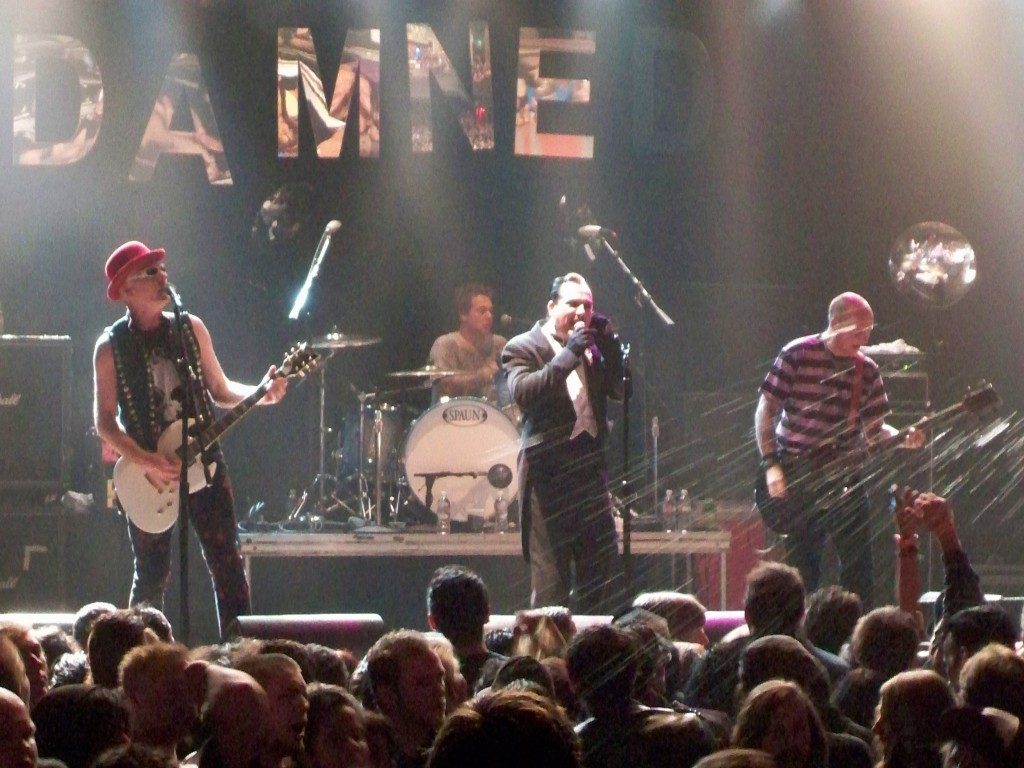 The Damned was one of Great Britain’s first wave of punk groups. Coming on the scene in 1976, the group’s stripped-down musical approach stood in contrast to its visually arresting persona: singer Dave Vanian looked like a zombie gravedigger, and Captain Sensible (first the group’s bassist, later switching to guitar) had an irrepressible comedic streak. The band’s debut single, “New Rose,” was a poke-in-the-eye statement, but unlike the Sex Pistols and the Clash, the band seemed to be having cheeky fun along with its music.

Over the years, the group would break up and reassemble; the group’s list of alumni includes more than a dozen musicians. But Vanian has been there all along, and Sensible—although he’s left and returned so many times that he’s a punk Rick Wakeman—has been a full-time member since 1996. The band’s keyboardist Monty Oxymoron (probably not his real name) has been on board since ninety-six as well; drummer Pinch has been a member since ninety-nine. And Paul Gray may have only (re-) joined in 2017, but he was a member for runs in the eighties and the nineties.

The band’s sound has expanded since its earliest days; one hears more hints of psychedelia in recent outings like 2018’s “Evil Spirits;” that’s likely due at least in part to Sensible’s influence. As a solo artist, the musical omnivore and raconteur has released albums covering a wide array of styles, including show tunes (his remake of Rodgers & Hammerstein’s “South Pacific” showpiece “Happy Talk” stormed to number-one on the UK charts in 1982) and concept albums (the criminally overlooked 1993 opus “The Universe of Geoffrey Brown” is a lost classic).

The Damned have grown up over the years, as well. At the height of the punk era—1977—the band waggishly chose Nick Mason as producer for its second album, “Music for Pleasure.” Though the unheralded sonic architect of some of his band’s most innovative sonic excursions, the Pink Floyd drummer had little experience behind the recording console. For “Evil Spirits,” the Damned worked with Tony Visconti, famed for his work with David Bowie, T. Rex, Morrissey and other high-profile acts. The experience yielded some of the band’s best reviews in ages. The album reached number seven in the UK. A reinvigorated Damned has been touring incessantly since then, proving that—for them, at least—the punk ethos of 1977 remains alive.