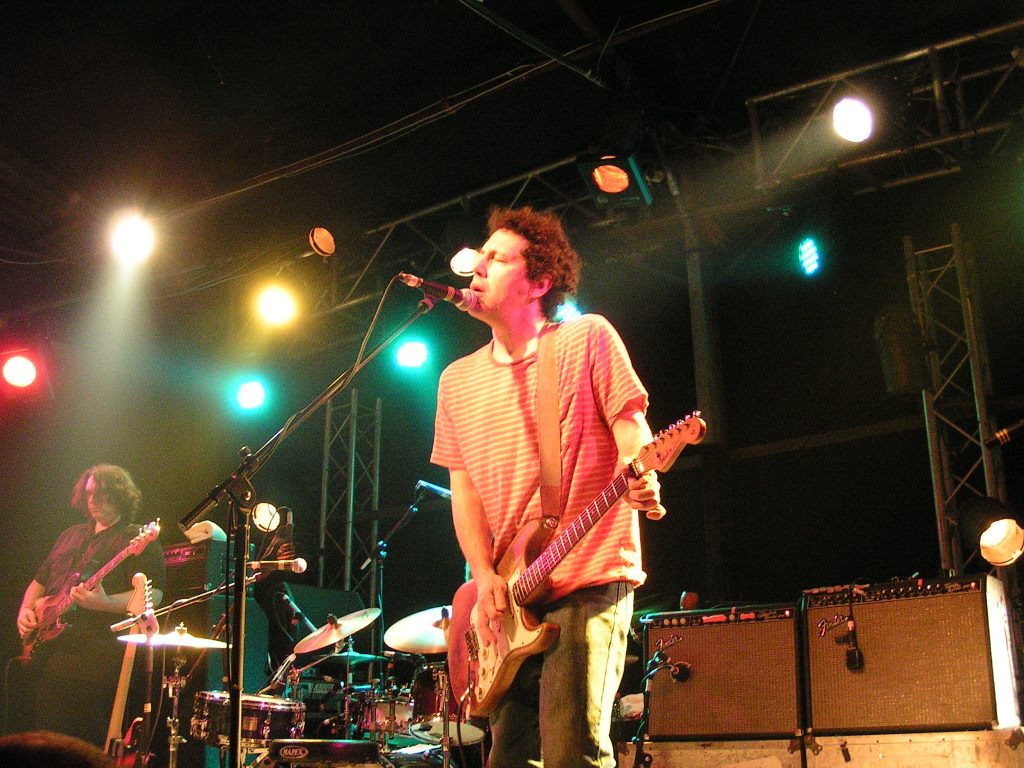 At first glance it seems like the Space talent bookers scored a quadfecta with this June’s “Out Of Space” lineup at Temperance Beer Co. (2000 Dempster, Evanston), but really it’s an octfecta, a tribute to stellar musical taste (and booking ability). I seriously doubt anyone has ever correctly bet on the first eight horses to finish a race in the correct order, leading me to make up that word.

Out Of Space begins on June 20 with Digable Planets, a group that made its name with a debut album called “Reachin’ (A New Refutation of Time and Space)” in 1993. The album’s impact on the brand new alternative hip-hop genre was akin to the groundbreaking level of De La Soul’s “Three Feet High and Rising” in 1989, and A Tribe Called Quest’s “The Low End Theory” in 1991. These records relied heavily on laid-back jazz grooves and psychedelic philosophies and imagery, which charted a new path for hip-hop that didn’t rely on misogynist attitudes, invocations of violence or braggadocio. Not only that, but the position of Mariana “Ladybug Mecca” Vieira as an equal to fellow rappers Ishmael “Butterfly” Butler and Craig “Doodlebug” Irving was in its own way revolutionary and would foreshadow the later importance of Lauryn Hill in The Fugees. But “Reachin’” stands on its own as a classic moment in hip-hop’s evolution, although the trio’s sophomore album, “Blowout Comb,” despite critical raves, failed to perform. The trio broke up in 1995, but reformed in 2005 and have toured occasionally since then. Evanston’s most well-known hip-hop artist, and a local treasure in his own right, Kweku Collins opens, so get there early.

I’ve always felt about reggae the same way critic and drummer Jim DeRogatis feels about jazz: I’m saving it for my retirement. But that was before I came across Toots & The Maytals (Out of Space’s headliners on June 21), and discovered that their leader pretty much created the genre and even invented the term reggae. We’re talking about the same Toots who was born in 1942 in Jamaica and formed The Maytals in 1962, who later signed to Island and released such legendary reggae singles as “Pressure Drop”(later covered by The Clash), “Monkey Man” (later covered by The Specials) and “Funky Kingston,” and who opened for the likes of The Who, The Eagles, Jackson Browne and Linda Ronstadt in the mid-1970s. It’s true that The Maytals have reconstituted in many forms over the years, but Toots is  going strong at age seventy-six, and it would be a shame to miss a man who (along with Bob Marley) could be called the father of reggae. The acid-jazz infused funk of Shamarr Allen & the Underdawgs opens; Allen is an extraordinary trumpeter and preaches passionately about his hometown on their latest record, “True Orleans,” so again, get there early.

On June 22, former Chicagoan Liz Phair returns to the town that she made infamous and from which she became famous, and her set will undoubtedly include flashbacks to both her original Girly-Sound cassettes and the debut album that would follow, “Exile In Guyville,” framed as a satirical comment on her Wicker Park stomping grounds. Audiences were originally impressed, if not intimidated, by the at-the-time aggressive takes on female sexuality and power, along with her gift with melody, hooks and phrasing, all delivered in her unaffected alto. Her discography since has not risen to equal the overall quality of her earlier music. Just as Digable Planets could not deliver the “shock of the new” past their debut, the same syndrome befell Phair. But it would be cool to be there to see her, as the learning curve has come full circle and those curious onlookers in the half-full Lounge Ax back in the day have become rapt disciples today. Opener Juliana Hatfield released the album “Weird” last year If you were like me and had a huge crush on her in your early college years, you won’t want to miss her, so you’ll… get there early.

My favorite part of writing about this weekend’s festivities is getting to listen to and write about Yo La Tengo, Out of Space’s marquee name for June 23. But what is there to say about the pride of Hoboken, New Jersey that hasn’t already been said? They summed themselves up perfectly by naming their early Matador compilation “Genius + Love = Yo La Tengo.” The trio of recovering rock critic Ira Kaplan (vocals, guitar), Georgia Hubley (vocals, percussion) and James McNew (bass, vocals), who would really prefer first names, if it’s not too much trouble, have been penning and recording divine pop confections for over thirty years. Although midway through their performing career the threesome were notoriously hit-or-miss on the live stage, so much so that buying tickets would be tantamount to buying Morrissey tickets today, every time I’ve seen them they’ve been solidly entertaining. While I will always see their apex as 1997’s “I Can Hear The Heart Beating As One,” with 1993’s “Painful” and 1995’s “Electr-O-Pura” combining to create a masterful three-album arc of mid-1990s rock, you can pick pretty much any Yo La Tengo record out of their substantial discography and discover a masterful work of art.

After leaving Evanston, Yo La Tengo will perform in South Korea, Mongolia, Hong Kong and Taiwan, sail from Barcelona on Belle & Sebastian’s The Boaty Weekender, and then tour the United Kingdom on what the band calls “The Freewheeling Yo La Tengo,” for which there will be “No set list; instead the audience is encouraged (if not required) to interact with the band, leading we’re never quite sure where.” That sums up how I feel listening to Yo La Tengo: that “we’re never quite sure where” place always seems to be the perfect musical destination.

Minus 5 opens, led by Scott McCaughey. I’m not sure who will be touring with him, artists on his latest album, “Stroke Manor” include R.E.M.’s Peter Buck, Jeff Tweedy, Corin Tucker, Steve Wynn, Linda Pitmon, Dave Depper and Alia Farah. So if I were you… you know.