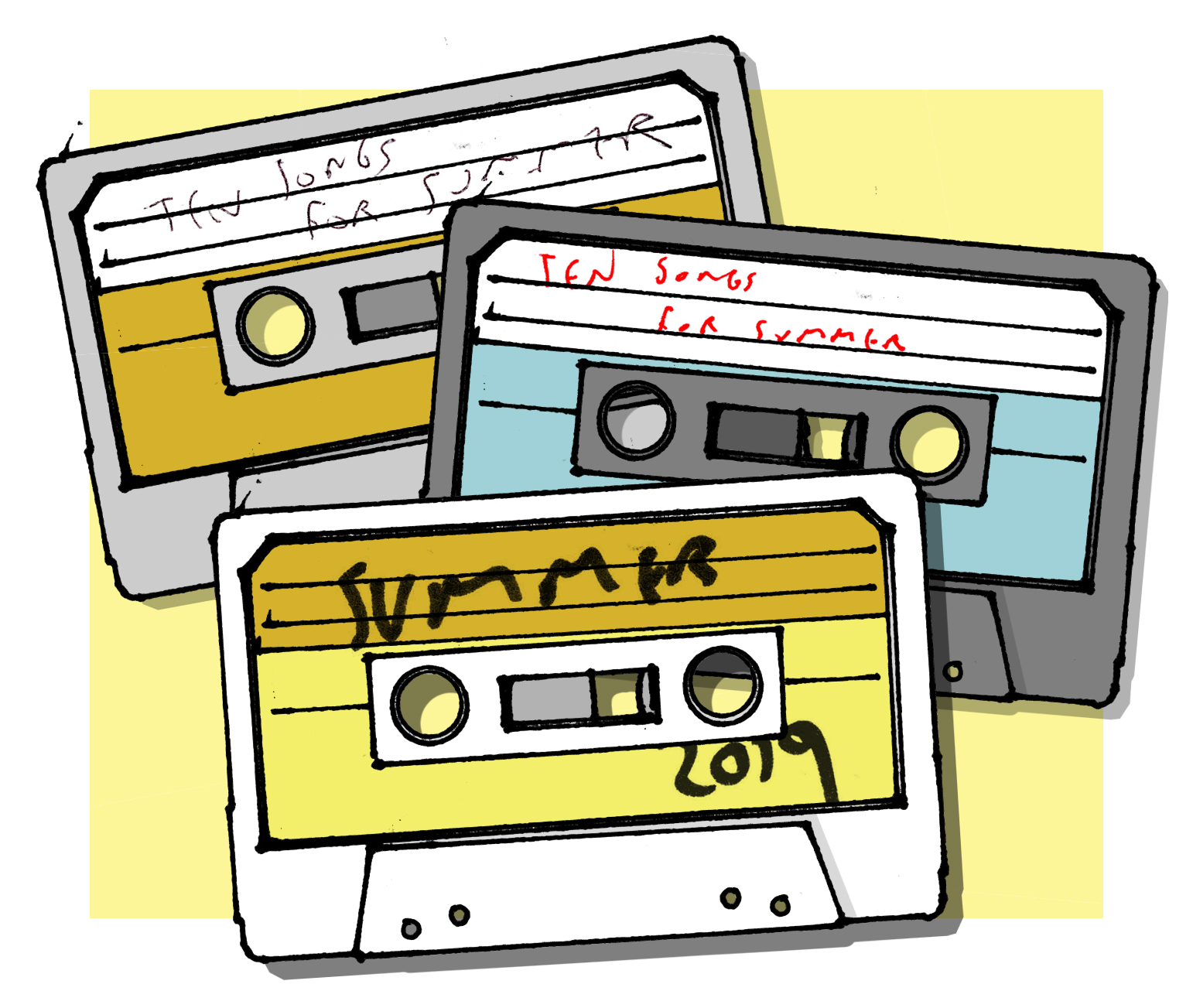 Come summer, we not only trade our heavy winter coats and snow boots for bare legs and breezy caftans, we upgrade our playlists. It’s easy to lean into low, melancholy tunes associated with bundling up and winter blues when the temperatures are well below freezing, but once the sun starts shining it’s time for something more upbeat. From local favorites to classic crooners, these ten tracks can make even the muggiest Chicago summer seem like a sweet escape.

1. Type O Negative – “Summer Breeze”
You don’t have to be a fan of this Brooklyn-based gothic metal band to be familiar with their sludgy-sultry cover of Seals and Crofts’ “Summer Breeze.” But did you know the banned version never made it to their 1993 album “Bloody Kisses”? Type O Negative lead singer Peter Steele rewrote the lyrics to fit the band’s goth aesthetic but didn’t realize he needed permission from the original publisher. The “clean version” made it onto the final cut of the album, but Steele’s “Summer Girl” is available on YouTube.

2. Lizzo – “Heaven Help Me”
Listen, it’s not even a summer playlist if Lizzo isn’t on it. These are just the facts. We all had a long, long winter and hey, no judgement here, but maybe you snuggled up to someone you shouldn’t have to make it through those cold, cruel months. Nobody would blame you. But, if you’re over it and you’re ready to shout your independence from the easy-breezy rooftops, Lizzo has a summer anthem for you. “If you think you got me dickmatized, I need to get you out of my life. Can I get an amen?”

3. Marvin Gaye – “Got to Give It Up – Pt.1”
Marvin Gaye released this song in 1977 after a request from his label for more disco music. Gaye rebuked the idea at first, but he couldn’t deny disco’s growing popularity. The song has been featured in favorite summer films, including “Boogie Nights” and “Charlie’s Angels” and even stoked a recent controversy when Robin Thicke and Pharrell were forced to pay Gaye’s children nearly $7.4 million for infringing on the original with their 2013 hit, “Blurred Lines.”

4. Lili K with Klassik – “Right Here”
Lili K has been making waves in the Chicago music scene since she was the face of Tidal in 2015. Her self-promoted album “Planet of Flowers” is forthcoming, but to give us a taste of what’s to come she released an EP in May, “Songs with Friends.” “I decided that I needed to create something for FUN,” said Lili. “I needed to create music just for the sake of creating music.”

5. JEFF the Brotherhood – “Prairie Song”
This is the ultimate getaway song. It’s all about foregoing the expectations of others to live life the way you want to—away from it all. “I lay in the grass and wish the world would pass me by,” sings lead singer and guitarist Jake Orrall. Just think, if his brother hadn’t dropped out of Columbia College Chicago to focus on JEFF the Brotherhood full-time, we might never have been gifted their other summer bangers, like “Sixpack” and “Mellow Out.”

6. Henry Hank – “Love in a Mist”
The dreamy, ethereal vocals on this track from Hank’s 2018 EP “The Weight of Eternal Self-Love” are what we need right now. The song feels like perfect early morning dew, mindful meditation, a relaxing nap at your favorite beach. Soak up those rays while you can, babes!

7. Cheap Trick – “Southern Girls”
It would be wrong not to include these Chicago (okay, Rockford) Rock & Roll Hall of Fame inductees on the perfect summer playlist. Know someone with a boat? Amazing. This song is basically begging to be played on the open water, Old Style in one hand and a shot of Malört in the other.

8. Imani Coppola – “Legend of a Cowgirl”
Think back to the summer of 1997. “Titanic” was in theaters for months, scientists successfully cloned Dolly the sheep, and Coppola’s banger of a track was playing on every single radio station everywhere. Another powerhouse woman preaching independence, Coppola’s lyrics, “I’m a woman on fire with huge desire / to be as good as any man,” are here to encourage you to take what you want this summer.

9. Goth Babe – “Sunshine”
Straightforward and sweetly sludgy, “Sunshine” off of the 2016 EP “Wasted Youth” is easy and uncomplicated. Just like summer love should be.

10. Nick Gilder and Sweeney Todd – “Roxy Roller”
Frontman for glam rockers Sweeney Todd topped the charts in 1977 with the hit single “Roxy Roller.” It’s one of those quintessential seventies classics, slick with attitude and style. It will have you hunting for the perfect pair of platform shoes to wear when you go dancing this summer.

Take a listen to the complete thirty-four-track playlist on Spotify at Newcity Summer Playlist.