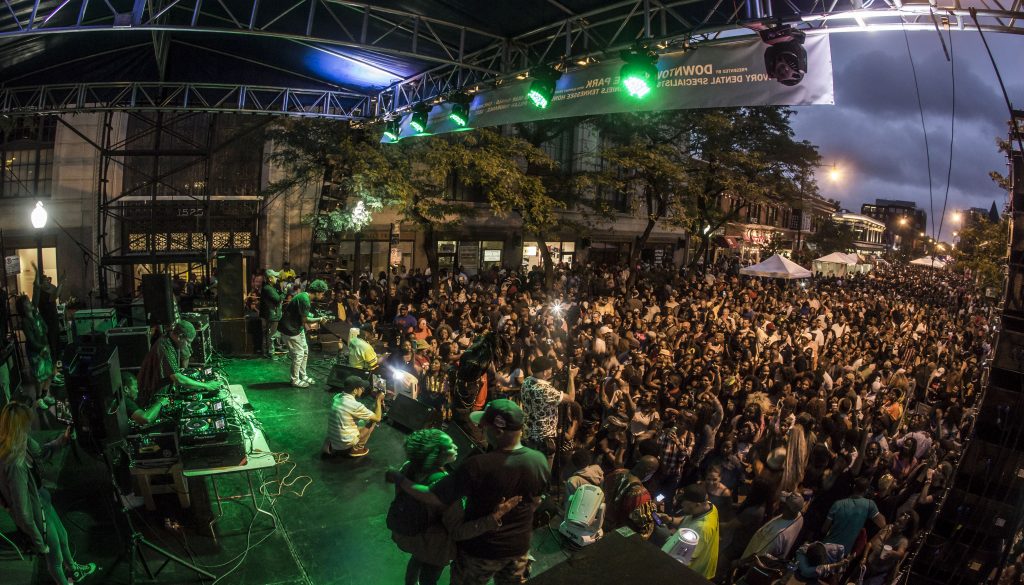 This is a block party in the same way that the Chosen Few Picnic is a picnic. Like the latter event, the Silver Room celebration grew from humble origins—in this case, a get-together for friends, hosted by Eric Williams, proprietor of the Silver Room boutique—into an annual cultural juggernaut, attracting some forty-thousand celebrants. This year’s Block Party—the sixteenth, and the third in Hyde Park (the first thirteen were in Wicker Park)—is still produced by Williams; but while it’s now known officially as Silver Room Sound System Block Party, it’s become an institution without becoming institutional. The performers are still exclusively independent musicians (as well as comedians, dancers and performance poets), and this year’s roster of over a hundred acts includes Tobe Nwigwe, Billy Branch, The TRiiBE, Anthony Nicholson, Bomba Con Buya, Masta Ace & Marco Polo, Alexis Lombre, Ron Carroll, Vic Spencer and B VAX. There are three stages, a film festival (new this year), a skating rink and activities for kids. With no corporate sponsorship, the event has to pay for itself, and while officially free to the public, donations are suggested at the gate. There’s also a GoFundMe campaign to defray costs.