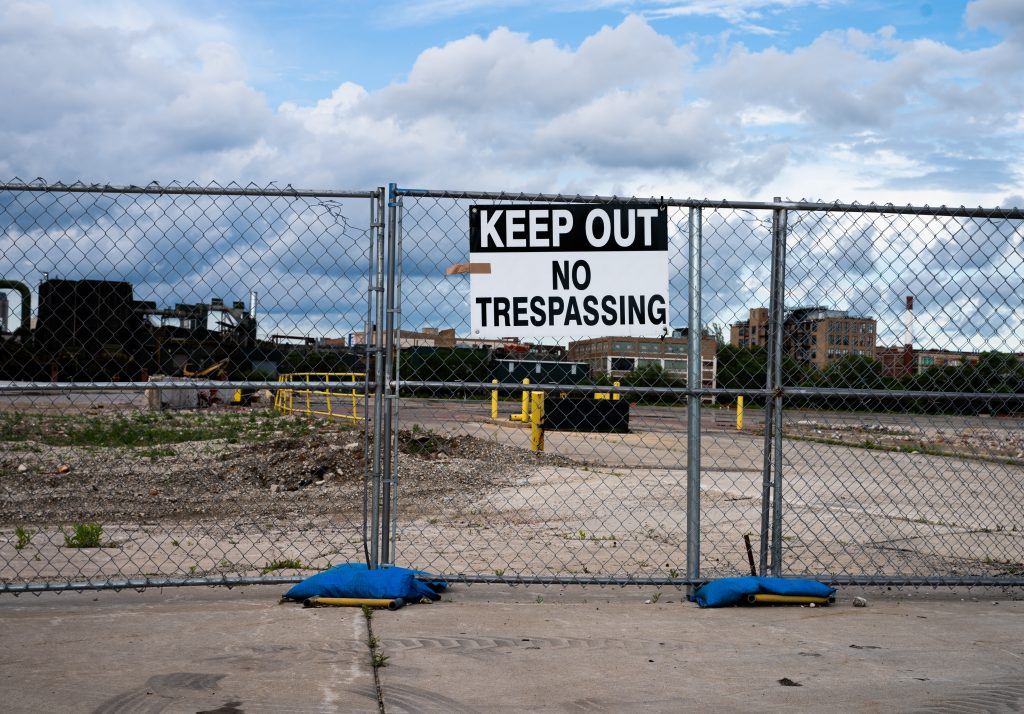 There’s something stirring in the story of a small, plucky scrapper taking on a steamrolling behemoth—whether it’s the English fleet versus the Spanish Armada or Popeye versus Bluto. The Chicago music landscape now has its own version of the story, which began when real estate developer Sterling Bay teamed with concert giant Live Nation to construct an entertainment megaplex on roughly fifty acres of formerly industrial riverfront property located between Lincoln Park and Bucktown, to be called Lincoln Yards. That happens to be the stretch of turf called home by one of Chicago’s oldest, humblest and most beloved music venues: The Hideout. Alarmed by the speed with which the project was proceeding, the Hideout’s owners called on their colleagues and soon formed CIVL—Chicago Independent Venue League—to consolidate their clout, and call a collective “Whoa, there” on the project.

CIVL’s membership is an impressively inclusive assemblage of the principals of the city’s premier music clubs: Beat Kitchen, Empty Bottle, G-Man Tavern, Lincoln Hall, Martyrs, Metro, The Promontory, Schubas, Sleeping Village, SmartBar, Subterranean, Thalia Hall and Whistler. Their endeavor has captured the public imagination—certainly among the musically informed—and lines up with the national zeitgeist, in which sleepy citizens are awakening to the wholesale consumption of their polity by corporations and kleptocrats. But the Lincoln Yards project is still on the docket, so we spoke with The Hideout’s Katie and Tim Tuten about the group’s activities and aspirations.

How did CIVL come together?

Katie: It started when I read a press release that Live Nation had an exclusive deal to open five venues in the Lincoln Yard site.

Katie: And it really wasn’t because The Hideout was in jeopardy. It was because I felt that it could put in jeopardy my fellow club owners. I know how hard they’ve all worked to establish their venues. And so Tim and I put out a call, and we individually met with the club owners, shared with them what we had read in this press release, and asked if they would like to come together to object to this. Basically, we just wanted to make sure that Live Nation did not have a vertical monopoly. Our first press release was in November, and that clearly gives what our goals and objectives were.

Tim: The mega-center, when they announced it—they even put the size of the venues. So they had down, like, five-thousand capacity, one-thousand, five-hundred, one-hundred… and I looked at that and said, “One-hundred is The Hideout, five-hundred is Lincoln Hall, one-thousand is Metro and Thalia Hall… They are literally creating a mega-center of venues the exact same size as our venues around the city.

Katie: And to be clear, it’s not that we’re against competition. We all compete with each other. It’s just that it’s an unfair advantage to Live Nation. After we started CIVL, we did more homework and found that this is happening in other cities. And we started to think about what we could do collectively to make sure this does not happen here. Tim and I were recently asked to speak at a conference in Toronto—the Canadian Music League—and in the introduction, they said that Chicago is the crown jewel of the country, because unlike many other cities, most of us own our venues. We own the buildings, we own the land—whereas in other cities, similar spaces are being closed down or bought out by AEG or Live Nation, and we just want to make sure that we keep this independence. Because our belief is that this independence seeds the creative ecosystem. And while there are some similarities among our clubs, we all have different genres of music that we embrace, thereby giving Chicago this wonderful, robust, eclectic diversity of music. We truly believe Chicago is the best music city in this country.

Tim: I’m gonna come out and say we’re the best in the world. The city of Chicago has a 130-year history of independent venues that support creative music. And we do it in an organic, honest, authentic, humble Midwestern way. We make our own decisions about who our bands are, who’s going to play. So when I saw that press release that said Sterling Bay was going into an exclusive agreement with Live Nation—a press release, by the way, from Beverly Hills, California—my first thought was that in Chicago, we aren’t exclusive, we’re inclusive. You have a better chance of performing in Chicago with the multiple venues that we have, than you would ever have in L.A., with all the kind of franchises and corporately owned venues.

What were CIVL’s initial aims? And how did you pursue them?

Katie: We wanted them to do away with this exclusive deal with Live Nation. And we wanted to delay the zoning TIF, because we thought that it was being rushed through at the very end of the Rahm Emanuel administration. We were saying this needs more time to be vetted properly. We got wind that there was a community meeting, and in less than twenty-four hours, 500 people showed up. And then we started a petition to delay the TIF, and we probably had close to 5,000 petitions signed. We would turn out about a thousand people to some of the city council meetings. But by this point, other grassroots organizations had also become involved—groups like Raise Your Hand, Grassroots Collaborative, Friends of the Park. We stood in alliance with them, and we were able to do away with the 20,000-seat soccer stadium.

Tim: Which was really a live-music venue. They wanted a large outdoor venue to do big concerts.

And that was due to the pressure of CIVL and the other organizations?

Tim: We have to believe it. It was on their plans. You can look on their website and see, they had it laid out where it was going to be, they have images of the buildings they were going to build, and that has been called off.

Katie: Our stance was that they were not following protocol with real, transparent community input. They had been planning this for six years, and all of a sudden we have a couple of months to see what it is they’ve designed.

Tim: They sent out that press release saying that that was a done deal. The stadium was being built, and the mega-center was being built. They never asked the community, “Are you interested in having this?” They said, “This is what we’re building. How do you like it?” And throughout the city, music fans were incredibly supportive of CIVL. Music fans in Chicago—they may love different clubs, but they love the scene, they love the community, they love the idea that they can go to ten different venues on any night and check out ten different types of bands.

Katie: Most of us have shows because we believe in the music; and on any given night the turnout may be twenty or thirty people, but because we believe in the band and believe in the art that they’re presenting, it’s worth it. We’re not driven by the bottom line. Take away the smaller and mid-sized venues, and that creative experimentation would be eliminated. They’re not going to take the risks that we take. Again, we’re not against competition; it wasn’t the opening of new venues we objected to. It was that it’s a multinational corporation coming in and opening five venues.

Tim: And the city was going to subsidize it. Large corporations building mega-centers? That is not what Chicago needs. Small venues and multiple venues provide spaces for bands to experiment and to fail. Our bottom line is nurturing creativity. And big venues and franchises, all they want is tested, popular acts. The members of CIVL all share that sense of purpose. And we’ve all had that for years, but this was a chance to say, “Guys, let’s define our mission statement.”

Katie: Our big goal and objective was to delay the zoning vote and delay the TIF. And on literally the last day of Rahm Emanuel’s city council, it was passed, but there were a number of aldermen who voted no, and we firmly believe that if we and our fellow advocates had not been involved the vote would have been much different. And Lori Lightfoot was one of the first people to come out and support CIVL.

What’s next for CIVL?

Katie: We want to be a resource to the city of Chicago. So we’ll be taking that a bit further, now that the dust has settled. We’re reaching out to more independent venues. We could do an economic impact study, or a music census, or put together an advisory council of a Chicago music commission. There was one a number of years ago, we could help pull that back together. We’ve started to talk about things like affordable housing, how many artists could be eligible for that. But it really started with the exclusivity of Live Nation. That was just not the direction we wanted our city to go. And it wasn’t until we started to do research that we realized how lucky we are in the city of Chicago to truly have independent venues that are beholden to no one but musicians and their audiences.

Tim: As a high school history teacher, I always look at it like the Founders; you know, there were the original thirteen colonies, and they had a battle to fight against the British. But once the British were defeated, they could build the country.

Katie: I’m hoping in the end that everyone in the city of Chicago who has a venue will join our little group.