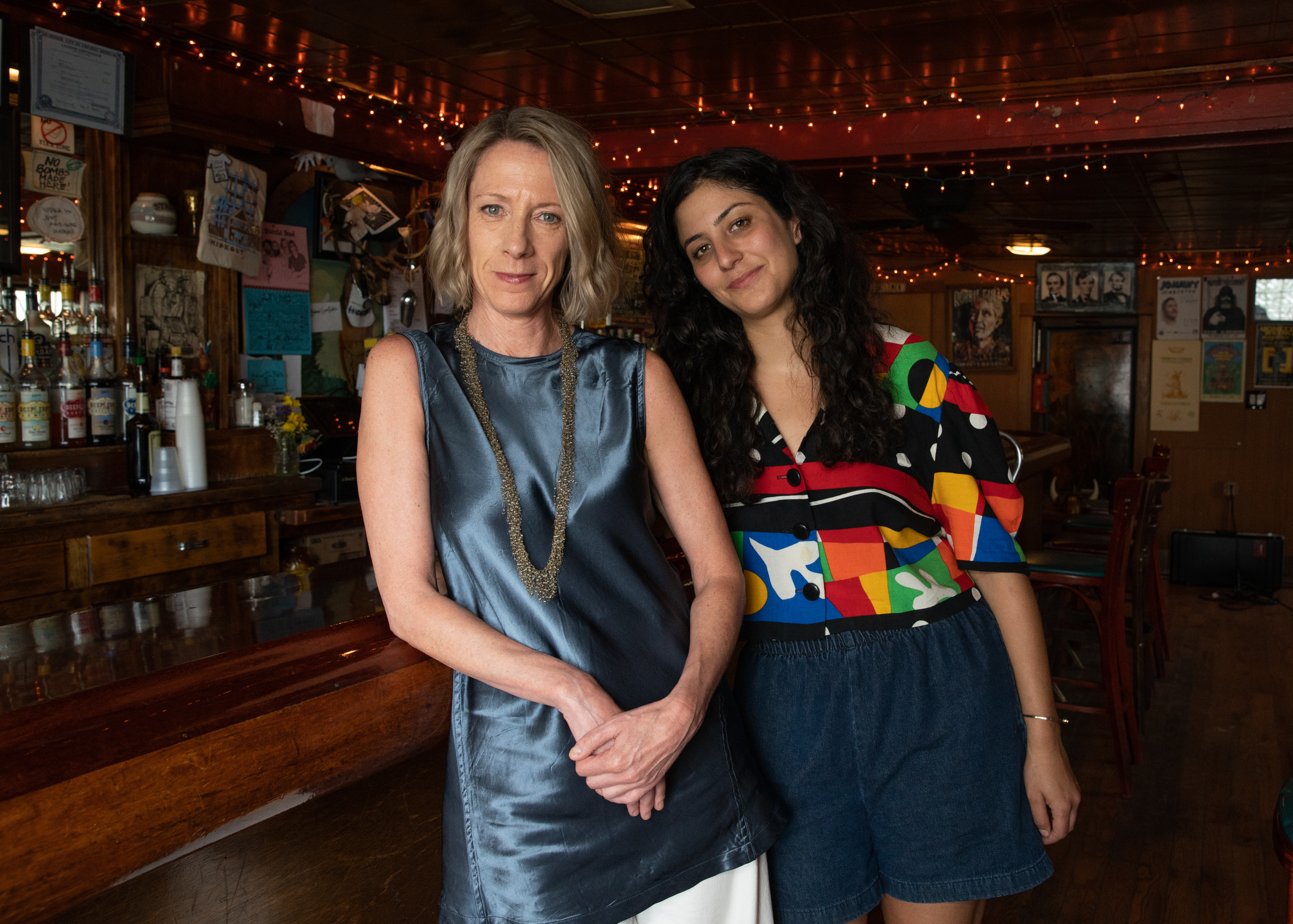 Newsworthy recent events in Chicago music present us with an anomaly: none of them is actually about music. Two major stories (both covered in these pages) are the Chicago Symphony Orchestra musicians’ strike and the public backlash against Old Town School of Folk Music’s plan to sell its venerable space at 909 West Armitage. A third story, covered in this issue, is the formation of the Chicago Independent Venue League (CIVL), the mission of which is to put the brakes on the Lincoln Yards entertainment complex that threatens to overwhelm some of Chicago’s most beloved music venues. In each case, passions have run high. Clearly, the legacy, policy and sovereignty of our musical institutions are as valuable to us as the actual music they make possible. Accordingly, we devote this year’s Music 45 to those behind-the-scenes players—including club owners, label executives, radio hosts, artists’ reps and more—who too infrequently get a chance to take a bow. We’ve also established a Hall of Fame for those individuals who regularly top this list, in acknowledgment of enduring influence. (Robert Rodi)

Music 45 was written by Craig Bechtel and Robert Rodi with additional items from JR Atkinson and Dennis Polkow.

All photos by Sally Blood. Shot on location at The Hideout.

The Hall of Fame
These professionals appear so consistently at the top of our biannual list that we’re according them their own special ranking. 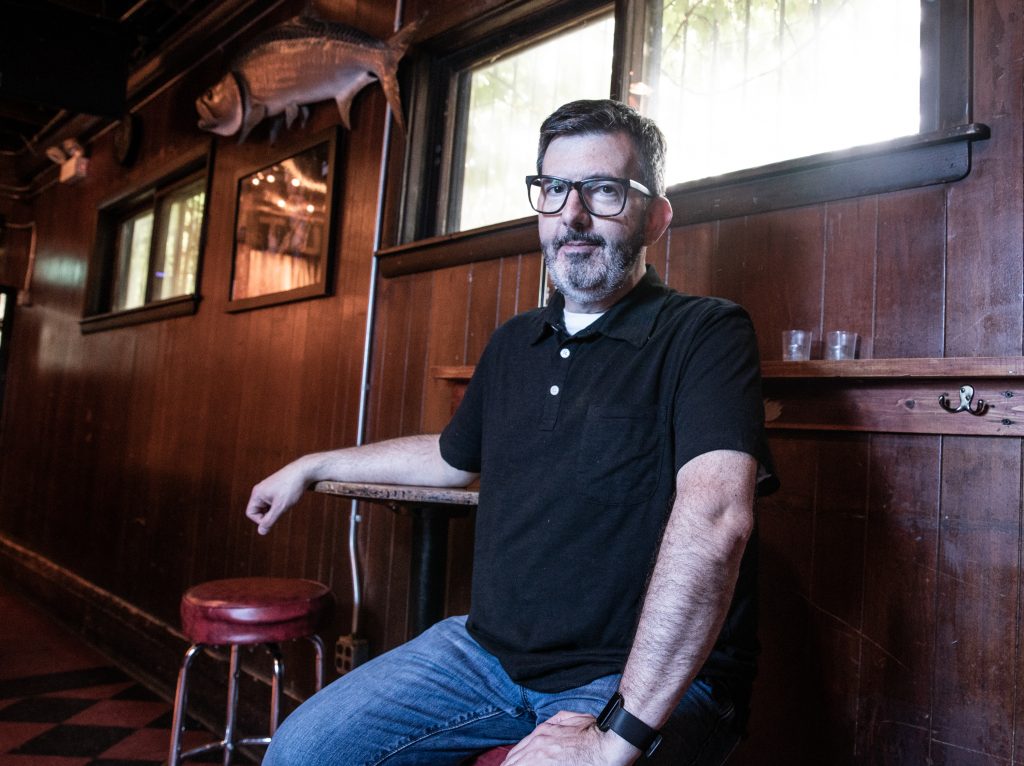 45
James VanOsdol
Host, “DEMO 312,” 101WKQX
James VanOsdol has worked on air and behind the scenes at WKQX, WLUP, WXRT, WLS and WGN. He’s written two books, “Off the Record Collection: Riffs, Rants, and Writings about Rock” and “We Appreciate Your Enthusiasm: The Oral History of Q101,” an oral history of a Chicago commercial alternative rock station. He has hosted local music-focused radio programs since the mid-nineties, and continues to support the scene through “DEMO 312,” Sundays at 9pm, now the only weekly show of its kind on commercial radio in Chicago. VanOsdol routinely has Chicago musicians appear on what he calls his other “passion project,” the “Car Con Carne” podcast, visiting local restaurants with new guests each week. Chicago music notables have included Rise Against, Poi Dog Pondering, Li’l Ed, Billy Corgan, Jon Langford, Local H and Naked Raygun, as well as international music stars as diverse as Robyn Hitchcock and Tiffany.

44
Smino
Founder, Zero Fatigue
The acclaimed rapper, whose first full albums are “blkswn” (2017) and “NØIR” (2018), is also an entrepreneur. Zero Fatigue, Smino’s record label, or “music collective” as it’s billed, was founded in 2012, and functions as a home for his own music, as well as artists and producers including Ravyn Lenae, Jay2, Monte Booker, Nosidam and other high-profile affiliated artists who aren’t official members (including Jean Deaux, Newcity’s Artist of the Moment in last year’s Music 45 issue). The latest album from the collective, Bari’s “MSTRGLSS,” was released in February. This summer, Smino’s Hoopti Tour brings the Zero Fatigue sound to selected cities and festivals, including Lollapalooza. 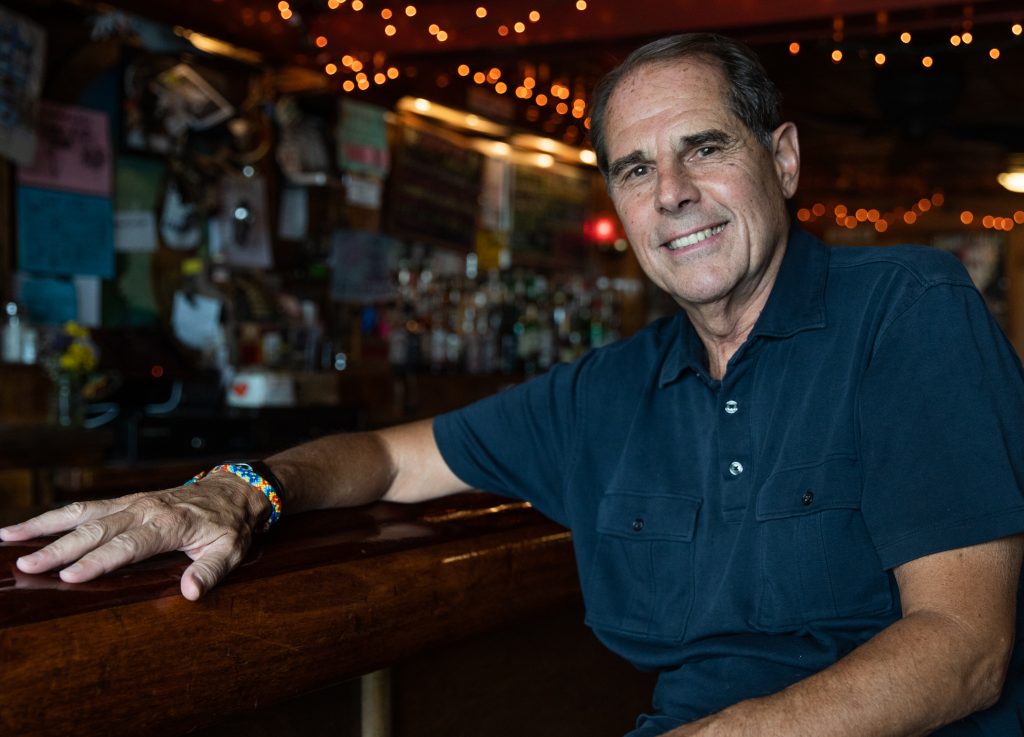 43
Jeff McClusky
Owner, Jeff McClusky & Associates
This year, JMA turns thirty-eight, a testament to the flexibility of a company that, in the words of music writer Lou Carlozo, “has grown, retrenched, morphed, adapted and resurrected itself through several chapters of the music industry.” Jeff McClusky’s core radio-promotion business has, over the past two years, served clients including Post Malone, Tame Impala, Rosalia, Lana Del Rey, Halsey, The Black Keys and Easy Life. McClusky also relaunched its artist management business from its offices in both Chicago and Nashville; a recent signee is The Brook & the Bluff, a Nashville band that McClusky believes is heading along the path of The Lumineers. McClusky’s WeLaunch internship program continues to offer a select group of college students mentored experiences in the music business. The program has assisted and placed about a hundred students in positions across the industry. 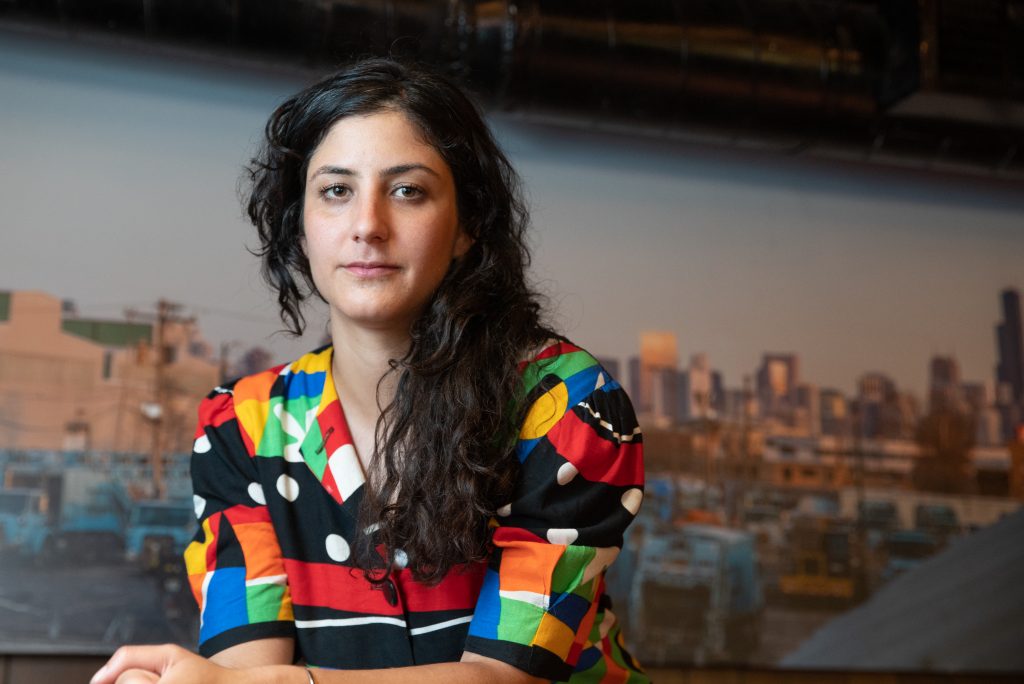 42
Maya Goldberg-Safir
Artistic Director, Third Coast International Audio Festival
Maya Goldberg-Safir began at Third Coast as an intern but her role at the organization has grown considerably since, and includes programming the Third Coast Conference, which hosts 800 narrative audio producers from around the world. Sully Davis, program director at The Hideout, says that Goldberg-Safir “has been a big influence on audio in Chicago, and created a destination festival that every major podcast in the country looks toward.” Goldberg-Safir has also co-created The Fest with Emily Kennedy, which she describes as “a lineup of experimental audio events bringing producers and listeners together in venues across Chicago.” 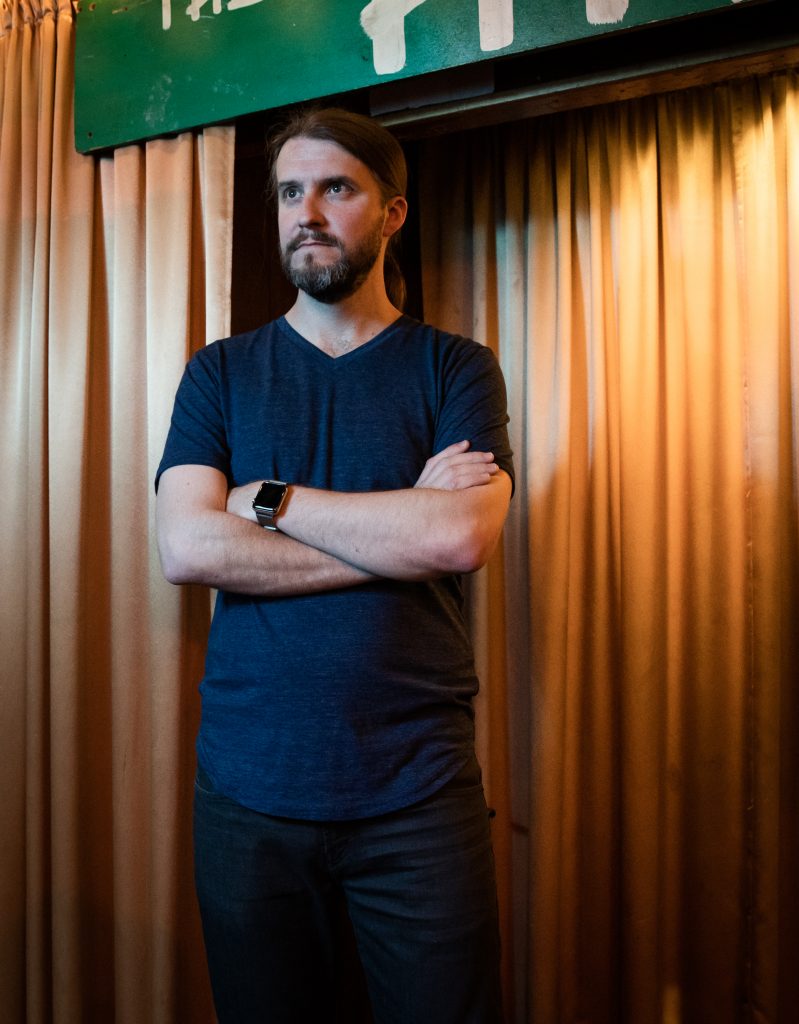 41
Matt Hennessy
Owner and Chief Engineer, VSOP Studios
A Chicago native, Matt Hennessy interned at a Villa Park studio before heading to Boston’s Berklee College of Music. His ambition was to be a jazz saxophonist with a recording career, but the more he learned about the record business, the more disillusioned he became. So he changed course, applied to the engineering college, and after graduation came home to Chicago just as hip-hop was cresting. He got a job at Chicago Trax, the first of many studios at which he honed his skills at the soundboard, in the process helming projects with Jay-Z, Beyoncé and Kanye West. In 2009, Hennessy opened his own studio and in 2014, after outgrowing it, VSOP moved into its dedicated space in West Town.