40
Billy Ocean
Co-Founder and Curator, Chicago Mixtape
With co-founder Casey Meehan’s departure from Chicago, Billy Ocean is entirely responsible for Mixtape’s content—which, since its reinvention in 2017, takes the form of weekly playlists through Spotify, each showcasing singers and bands performing in Chicago that week. As the co-host of Lumpen Radio’s weekly “The Minimal Beat” (105.5 WLPN-LP), he’s in tune with who’s playing where each week. The challenge, for Playlist, is to whittle the eligible acts to a list of two dozen or so tracks. “I do curate based on my own tastes,” Ocean admits, “but my tastes are all over the place.” Mixtape has about 12,000 subscribers; the goal is to drive all of them out to see shows. There’s even a “buy tickets” link next to each track.

39
Dana Meyerson
Partner, Biz3
Kathryn Frazier began her public relations firm working out of a closet at The Empty Bottle in 1996, and although she calls L.A. home now, her partner in Biz3, Dana Meyerson, is still a Chicagoan, splitting time between the two cities. Meyerson turned to PR after an early mentor told her, “You should be a publicist because you talk a lot.” She took the advice to heart, and after becoming a fan of the musical acts represented by the firm (and despite never having written a press release), she joined Biz3 fifteen years ago. In 2013, she made partner. Meyerson manages Niia and has done A&R for Mom + Pop (including Alina Baraz), and hints at an imminent big signing for Warner Brothers. 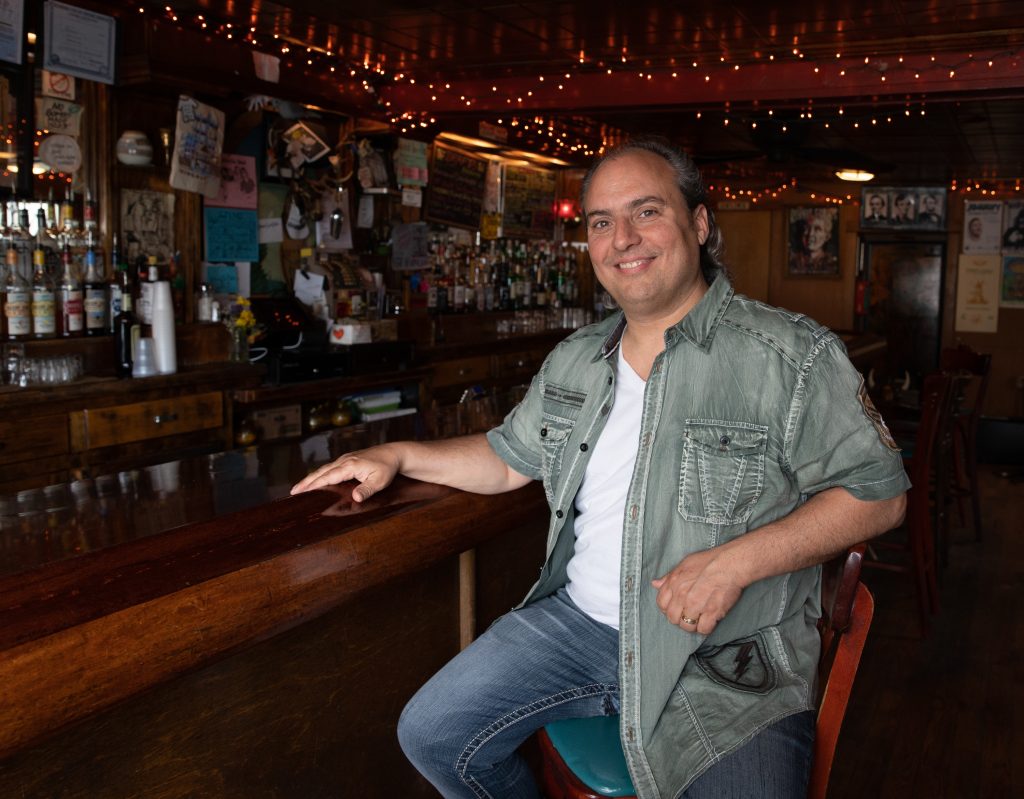 38
Ron Onesti
Founder and CEO, Onesti Entertainment
Ron Onesti has run the Arcada Theatre as a one-man impresario extraordinaire for fourteen years, turning the 1926 downtown St. Charles venue into a definitive showcase for top talent of yesteryear, which Onesti calls “heritage acts.” After the building was briefly shut down in March owing to the out-of-state landlord’s neglect, Onesti addressed key safety issues with his own money and the Arcade reopened. With dedicated new building owners from the area, the Arcada is poised for renovation and renaissance. Onesti has duplicated the success of his restaurant and speakeasy Club Arcada as Evanston Rocks, and books area festivals such as Chicago’s Little Italy Festa on Taylor Street in August.

37
Adam Zanolini
Executive Director, Elastic Arts Foundation
Located above a Diversey Avenue storefront, Elastic Art’s minimalist performance space (no elevated stage, folding chairs, BYOB) is one of the city’s friendliest venues for improvised and experimental music. Adam Zanolini, himself a musician (he plays bass, flute, sax and “other things” for severalf ensembles), has written that his “personal mission with Elastic is to help develop the music into a positive force for celebration” as well as the development of “positive identity [and] mutual understanding.” The space hosts poetry readings, performance art and photo exhibits as well. The nonprofit Elastic is just one of Zanolini’s behind-the-scenes endeavors. He’s also treasurer of the Association for the Advancement of Creative Musicians and a board member of both the Englewood Jazz Festival and the Milwaukee Avenue Stakeholders Alliance. 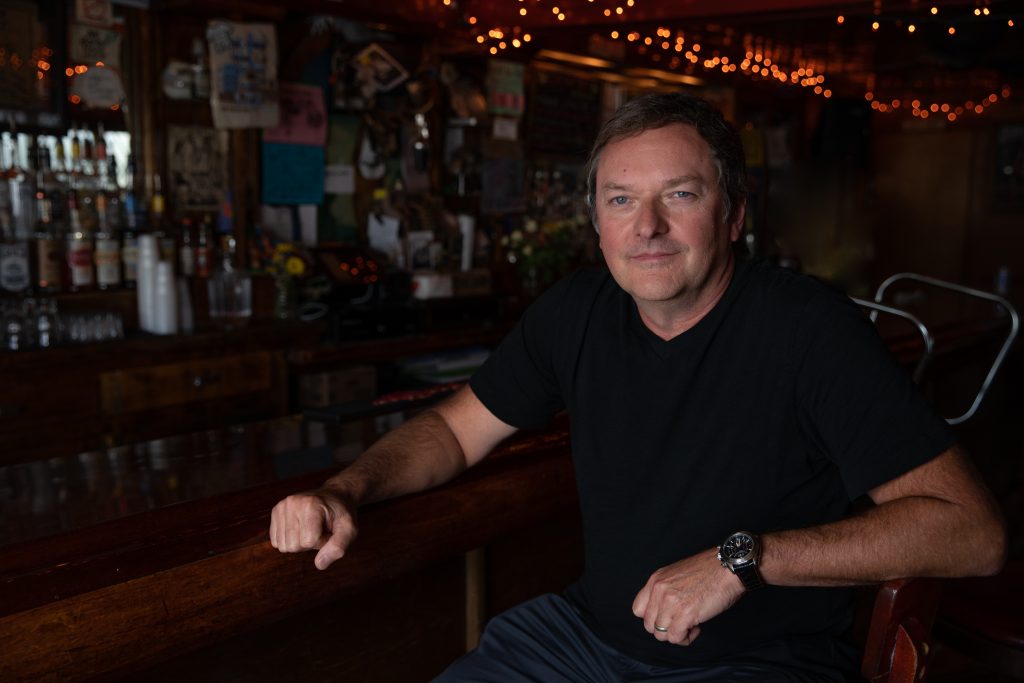 36
Garry Buck
Agent, Paradigm Talent Agency
Garry Buck has been in the business since graduating from Columbia College in the mid-1980s. He worked at Impact Entertainment, then Elite Entertainment, where he met Chip Hooper, with whom he ended up working (alongside future partner Ron Kaplan) at American Famous Talent. He signed Buddy Guy, who remains his client. His current roster includes Jonny Lang, Daughtry, Whitesnake, Experience Hendrix and the B. B. King Blues Summit Hologram. Buck may be the Chicago office leader, but he makes it clear he’s one member of “an amazing team”—a team that includes Joshua Knight (who represents Trampled By Turtles and Los Lobos), Phil Egenthal (Dumpstaphunk, Foundation Of Funk), Brad Owen (Ride and Peter Hook & The Light), Erik Selz (Andrew Bird, Alt-J), Patrick McAuliff (Trevor Hall, Stephen Marley), Jessica Blanc (electronic and hip-hop) and Alex Buck (festivals). Buck is proud of the independent, “uncorporate” tone of Paradigm as well as the recently endowed Chip Hooper Scholarship at Columbia.

35
Julia A. Miller and Elbio Barilari
Owners, Delmark Records
Julia A. Miller and Elbio Barilari dispatched the projects they inherited when they took over Delmark in 2018, and have produced eleven new releases that will define their era of the label. These include albums by longtime Chicago talents Dee Alexander, The Fat Babies and Willie Buck, as well as rising talents Javier Red and Guy King. Keeping in mind that jazz aficionados are often audiophiles, the label partnered with Qobuz, a French digital streaming service specializing in 24-bit high resolution that launched in the United States this spring. And since jazz aficionados are also often collectors, they’ve initiated a reel-to-reel project, releasing one-to-one copies of master tapes, which appeal to connoisseurs of both audio and artifacts. Miller and Barilari are vigorous digital custodians of their historic catalog, more than doubling the number of tracks online, with the total nearing 7,000. 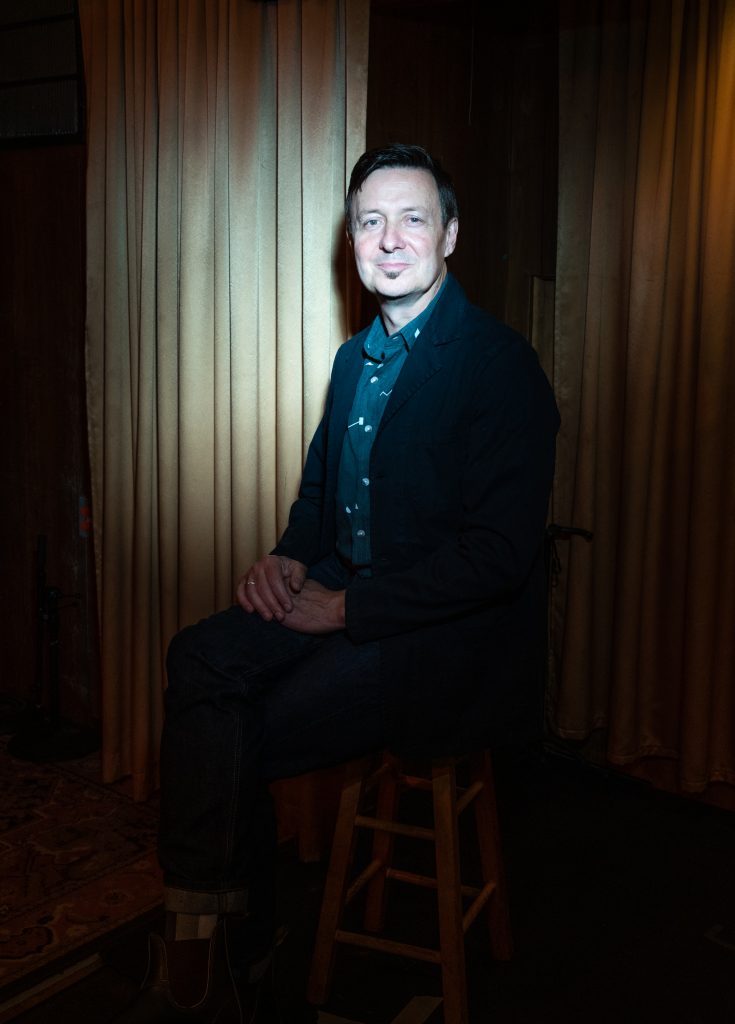 34
John Corbett
Co-Founder, Corbett vs. Dempsey
Earlier this year, John Corbett moved his art gallery-slash-performance space to a location on West Fulton. The first concert in the new digs followed in May and Corbett says they will continue “on roughly the same intermittent schedule, presenting a variety of mostly solo artists with an emphasis on improvised music.” Corbett vs. Dempsey also continues as a vital independent record label. Its twenty-five releases since 2017 have included new albums by Joe McPhee and Hamid Drake, Mats Gustafsson and Jason Adasiewicz, Ken Vandermark and Michael Snow and a sextet led by Torbjörn Zetterberg. Corbett’s reissue plans include Milford Graves and Don Pullen’s “Complete Yale Concert” from 1965 and work by Romanian avant-garde composer Iancu Dumitrescu. But Corbett’s biggest single endeavor in musical terms is his new book, “Pick Up the Pieces: Excursions In Seventies Music” (University of Chicago Press), the book tour of which featured performances by musicians at the majority of his readings. 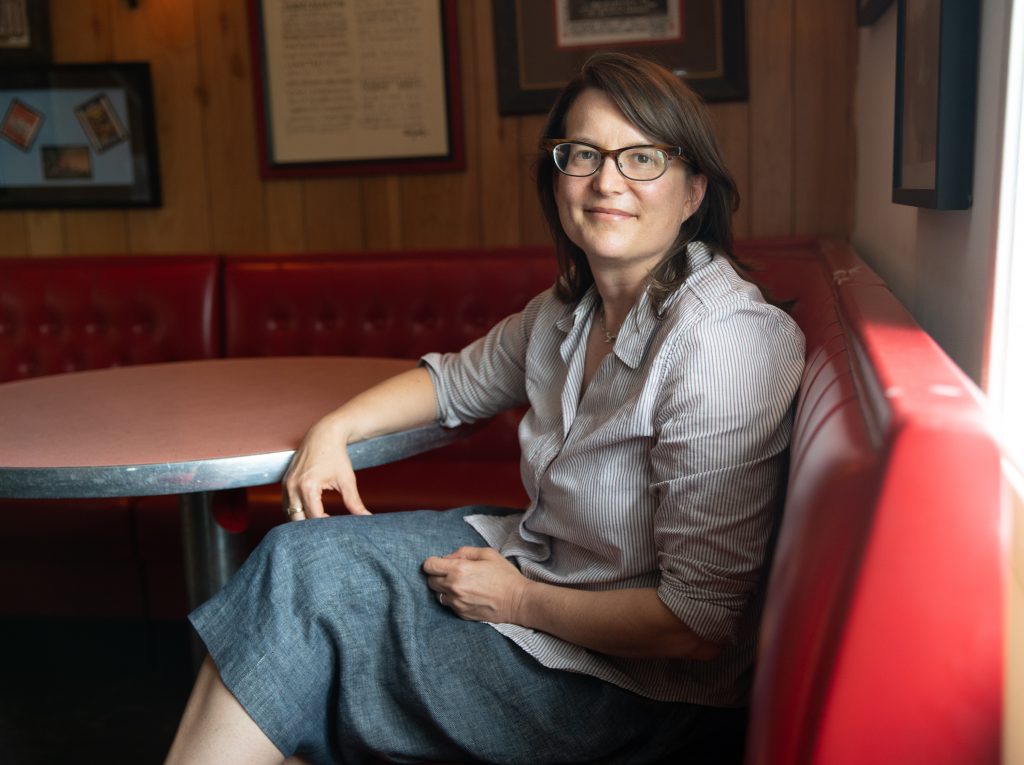 33
Andrea Troolin
Founder, Ekonomisk Mgmt
Andrea Troolin started her career by founding an indie label, Grimsey Records, then landed in A&R at Rykodisc, where she signed Andrew Bird. Later, when negotiating a point of contention between the label and Bird, someone at Rykodisc asked her “Whose side are you on?” The answer, she realized, was Bird’s, so she left to form her own artist management firm. Ekonomisk debuted in 1999. Troolin still represents Bird, and her roster includes another Chicago native, John Splithoff, as well as clients like Okkervil River and Tift Merritt. Ekonomisk has an office in Brooklyn, but Troolin remains local. “I feel very rooted in Logan Square having had an office there for ten years, so it just feels like that neighborhood is my place in the landscape.”

32
James Ginsburg
Founder and President, Cedille Records
Thirty years ago, in June of 1989, James Ginsburg produced the initial recording session for what would become the first Cedille album, “Dmitry Paperno Plays Russian Piano Music.” Coming from a family of lawyers—including his mother, Ruth Bader Ginsburg, who became a Supreme Court associate justice in 1993—Ginsburg began law school at the University of Chicago, but abandoned it during his second year to devote himself full-time to the label. Cedille has gone on to release nearly 200 albums of seventy or so Chicago performers, ensembles and composers and world-premiere recordings of over 250 new and historical works. Ginsburg’s family and professional lives became intertwined in a unique way when his wife—soprano and composer Patrice Michaels—composed a song cycle, “Notorious RBG in Song” about his mother; in 2018 it became a popular Cedille album.

31
Bettina Richards
Owner, Thrill Jockey
Famously launched in 1992 with just $35,000 while Bettina Richards was working as a record clerk in Hoboken, Thrill Jockey has been a Chicago institution since 1995 (with an additional office now in London). The label hasn’t altered much, aesthetically—though metal bands now account for a larger share of the roster—or politically—Thrill Jockey remains a fifty-percent profit share. Recent releases include House and Land, Alexander Tucker, Matt Hill (aka Umberto), Black To Comm and Sequoyah Murray. Thrill Jockey continues to stream its entire catalog, as Richards believes people who can listen to an album are more likely to buy it.