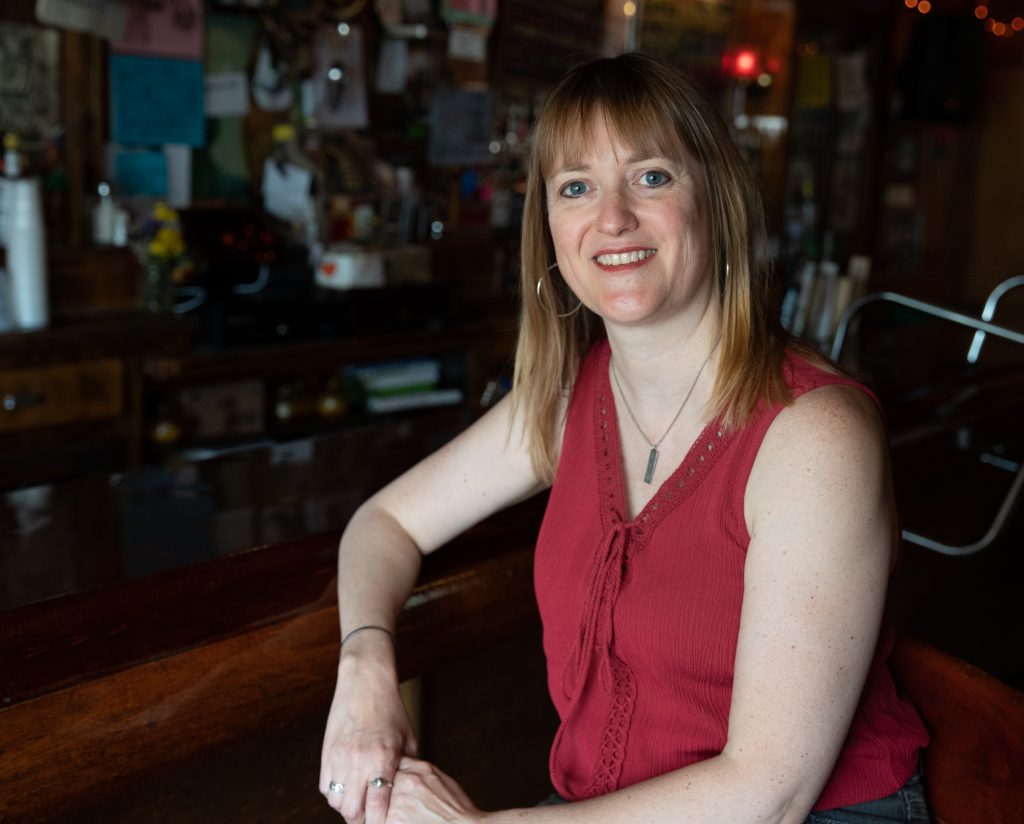 10
Shawn Campbell
GM and Founder, CHIRP Radio
Shawn Campbell built a devoted following at chirpradio.org since launching in January 2010; but since the station started broadcasting in late 2017 at 107.1 FM, the enthusiasm of the listeners who are discovering it now is gratifying. “We still regularly hear from people who are so excited,” she says, and they often add, in amazement, “I’m listening to you in my car!” CHIRP DJs are smart, committed music fans who spin a huge array of independent music every day, including dozens of local artists. “When you’re giving your audience something unique and interesting, and the hosts are passionate about the music they’re playing, there’s plenty of enthusiasm for local radio,” Campbell says. That passion comes from the top, regularly inspiring over 200 volunteers to promote the nonprofit’s mission locally, as well as CHIRP’s position among the 750 new low-power FM radio stations across the United States that launched following passage of the 2010 Local Community Radio Act.

9
Robby Glick
Owner, Reggies Chicago
The most visible recent change to Reggies Chicago is that the second floor, once occupied by the club’s record store, now houses a comedy club: Bananna’s Comedy Shack. “It’s pretty classy,” Robby Glick says, adding with a laugh, “compared to the rest of Reggies.” This isn’t to imply that Reggies is neglecting music; this summer, Reggies On the Beach opened on a fifty-by-sixty foot stage at 63rd Street Beach, with two bars and a stage. And Reggies is home to four annual music festivals: MoonRunners, Legions of Metal Fest, Metal Threat Fest and Progtoberfest. “We also have an annual stint with the Slackers,” Glick says; the mini-residency started three years ago, and is slated to continue in November or December. 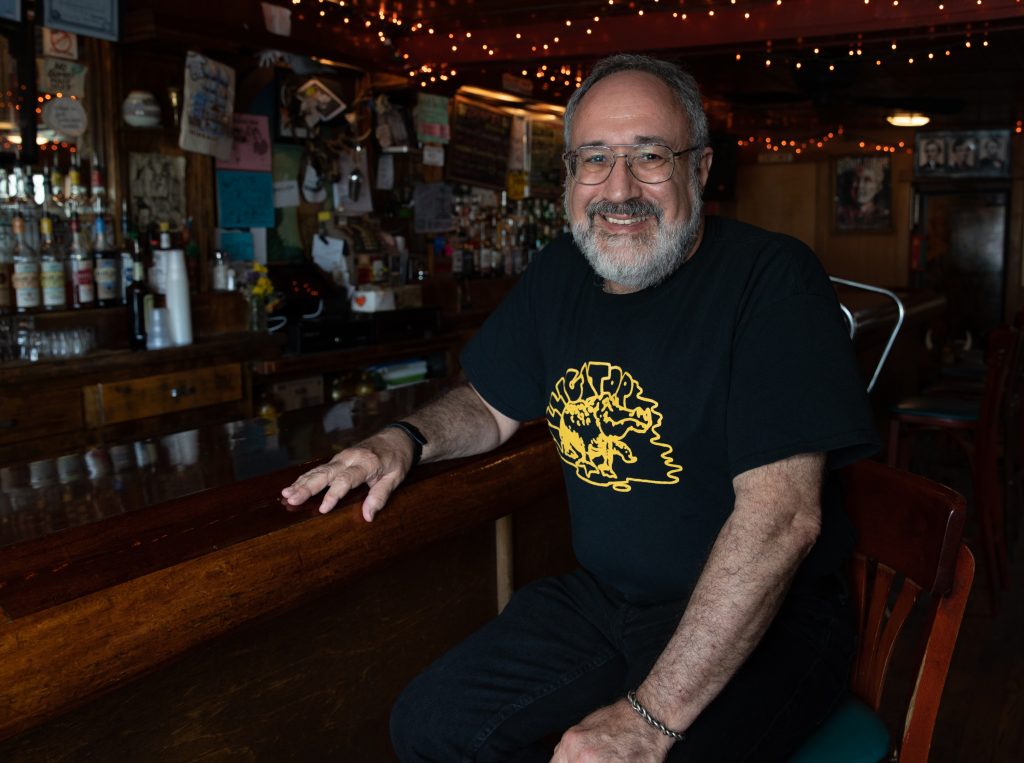 8
Bruce Iglauer
Owner and Founder, Alligator Records
Blues still has a strong heart in Chicago, and Alligator Records is its undisputed home. For forty-eight years, Bruce Iglauer and his modest team have produced “Genuine Houserockin’ Music” from the likes of Mavis Staples, Toronzo Cannon, Shemekia Copeland, Lil’ Ed & The Blues Imperials, The Nick Moss Band featuring Dennis Gruenling, The Cash Box Kings, and Billy Branch & The Sons of Blues. They produce new blues albums every year, accumulating an impressive catalog of over 300 releases. With the help of Patrick Roberts, Iglauer brought readers behind the scenes of noteworthy moments in Alligator history with his 2018 book, “Bitten by the Blues: The Alligator Records Story.” Ever since his arrival on the scene in 1970, Iglauer has maintained his status as the leading champion, promoter and lover of Chicago blues.

7
Michael Johnston
Co-founder, Audiotree; Owner, Schubas and Lincoln Hall
Michael Johnston was already a player in Chicago music as a principal at Audiotree, a music discovery platform that showcases breaking artists, which he co-founded in 2011. But he raised eyebrows in 2015, when Audiotree purchased Lincoln Hall and Schubas Tavern from their founder Mike Schuba. Johnston has wisely allowed the two venues to operate as they always have, to the point of continuing their annual midwinter Tomorrow Never Knows festival. Meanwhile, Audiotree has focused on growth, premiering new sessions every week and introducing curated playlists on Spotify and Apple Music. This year Johnston’s two prize venues celebrate “30/10”—marking the thirtieth anniversary of Schubas and the tenth of Lincoln Hall.

6
Michael Berg
Partner and Talent Buyer, Concord Music Hall; Partner and Co-Founder, North Coast Music Festival
Michael Berg had been co-managing partner of Silver Wrapper for seventeen years when the event producers closed in May; by that time he’d programmed and marketed events at Chicago venues from Schubas and Lincoln Hall, to Riviera Theater and Aragon Ballroom. Still firmly ensconced as partner at Concord, and partner, co-producer and talent buyer at North Coast, the tireless Berg has plans in the works to fill the void left by Silver Wrapper by starting an event company with new partners. This year’s North Coast Festival continues the event’s annual expansion, moving to a new location: Huntington Bank Pavilion at Northerly Island. 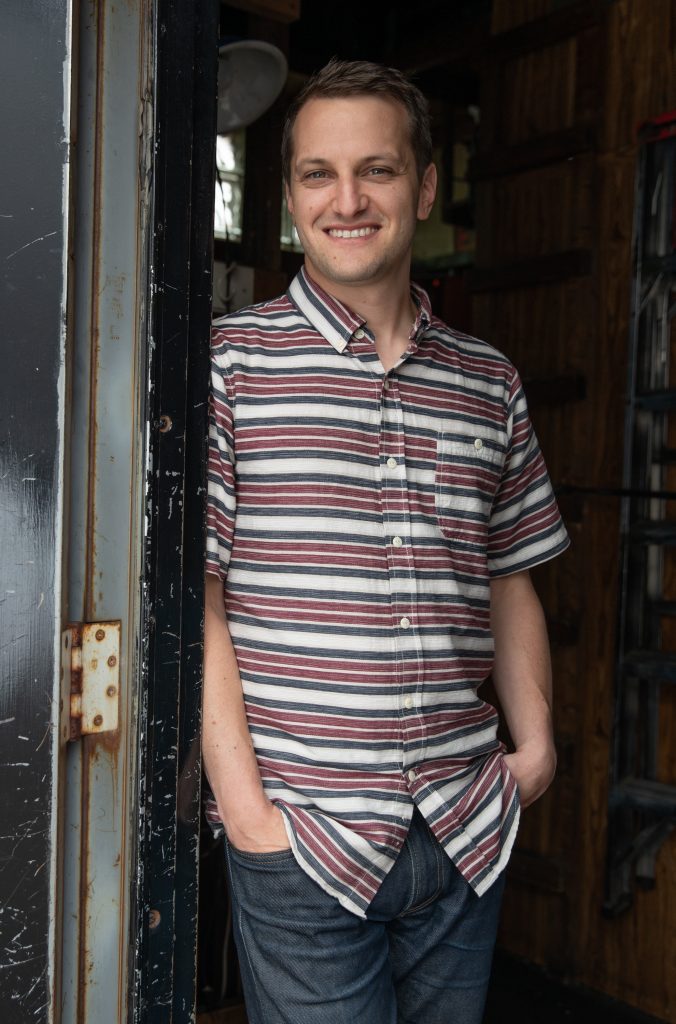 5
Adam Krefman
Senior Director of Festivals and Activations, Pitchfork
Adam Krefman joined Pitchfork in April 2015 and in August 2017 took over as executive director of Pitchfork’s festivals and events business, including the Chicago and Paris festivals and several other smaller annual events. “Since then,” Krefman says, “we’ve done two years of Octfest in NYC, launched the inaugural Midwinter with the Art Institute, and have additional international expansion lined up.” His department also runs Pitchfork Radio (broadcasting live from Pitchfork Music Festival this year); In Sight Out, a series of onstage conversations; and works with Primavera Sound in Barcelona on programming a Pitchfork stage. Krefman, formerly associate publisher at McSweeney’s, says that he started the first Book Fort at Pitchfork Music Fest in 2012, working with Zach Dodson, then of featherproof books. Later as publisher of the late magazine Lucky Peach, he partnered with Pitchfork to build website traffic and ad sales; he’s always been working for “like-minded independent media on the business side of creative enterprises.”

3
Craig Golden
Owner, SPACE and Co-Owner, The Promontory, Thalia Hall
Craig Golden prides himself on “seeking out new and emerging acts we feel worthy of bringing to the attention of our customers” while striving to keep his venues “intimate, comfortable and with great sound.” Last August, he took his philosophy to the streets, with SPACE’s inaugural Out Of Space event, a two-day festival held just north of the venue at Chicago and Dempster in Evanston. This year’s edition expands to three days in August and moves to Evanston’s Canal Shores Golf Course. Featured performers include Jeff Tweedy, Cake and Bruce Hornsby & the Noisemakers. 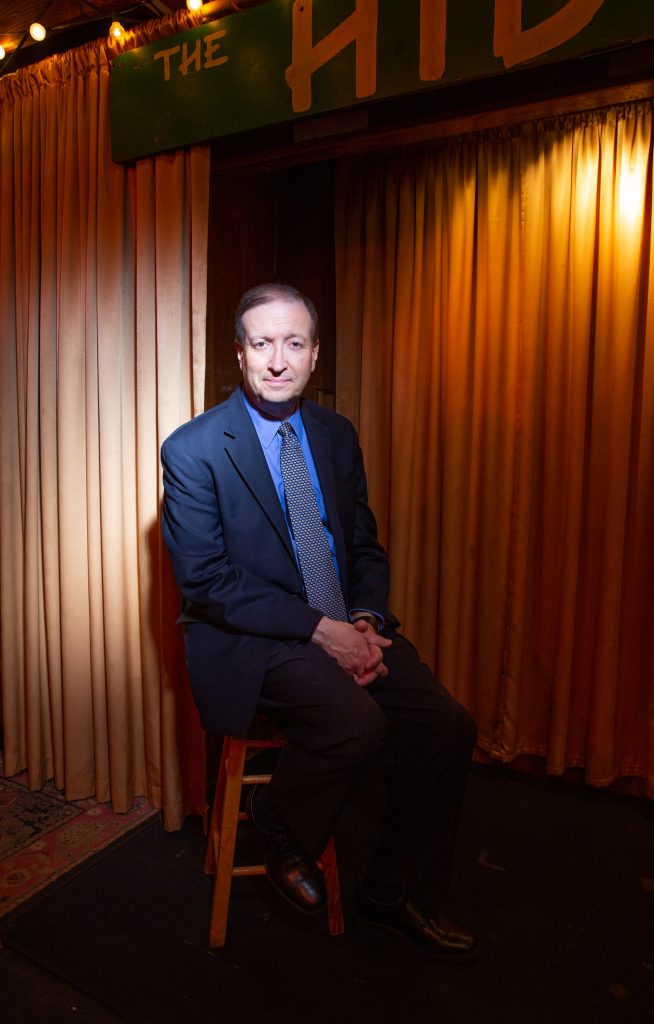 2
Jeff Alexander
President, Chicago Symphony Orchestra Association
Jeff Alexander’s gregarious predecessor Deborah Rutter brought Riccardo Muti to Chicago to serve as the CSO’s music director; but their shared authority resulted in an ongoing power clash. Enter the shy, low-profile Alexander in 2015, who was content to stay behind the scenes and leave the spotlight to Muti. This he did, right through a volatile seven-week strike when Muti publicly sided with the players and a CSO-in-exile regularly played free concerts across the city’s neighborhoods. Despite being vilified by musicians, unions and a number of politicians and patrons, Alexander kept his eye on the longterm prize: to eliminate the players’ defined pension benefit. And he succeeded, almost allowing a beloved cultural city icon to fall off a cliff, had the mayor not intervened right before leaving office. 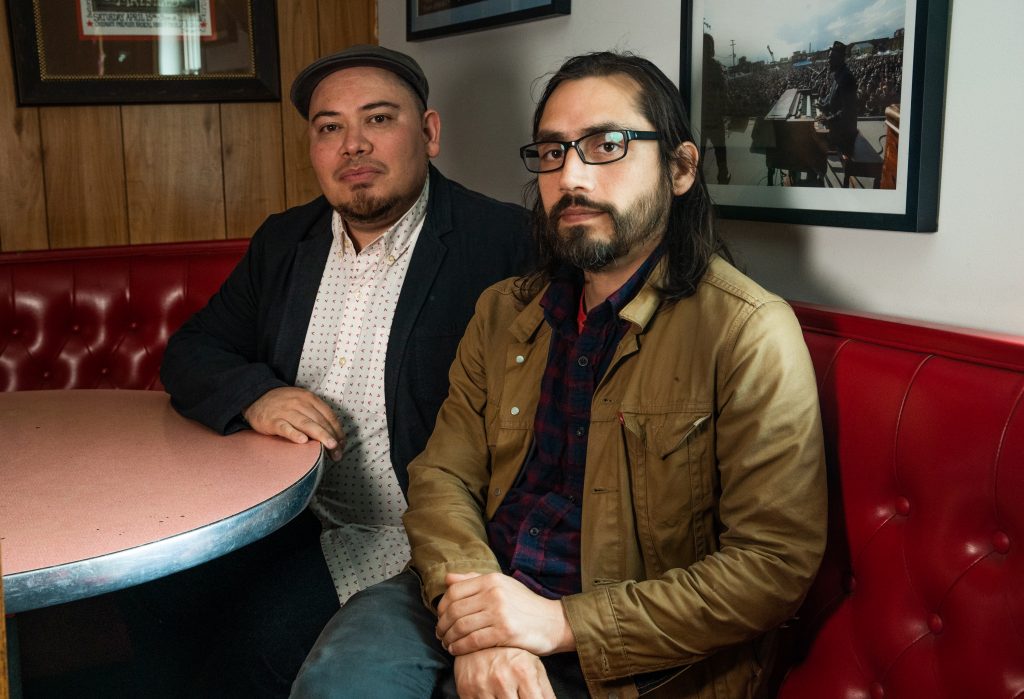 1
David Chavez and Carlos Cuauhtémoc Tortolero
Artistic Director & Festival Curator and Program Coordinator, Department of Cultural Affairs and Special Events
As David Chavez and Carlos Cuauhtémoc Tortolero expanded their curatorial role at DCASE, they have separately and in tandem significantly improved the quality of programming while enlarging attendance. Tortolero has curated SummerDance for fifteen years, with last year’s programs attracting nearly 80,000 Chicagoans, and has re-energized the Chicago Blues Festival. Since taking over the Millennium Park Music Series three years ago, Chavez has stepped away from programming by genre, and has boosted attendance by one-third. Chavez considers his biggest success to be the expansion of the annual Chicago House Music celebrations in Millennium Park into a full-on festival, the Chicago House Music Festival, on par with other city legacy festivals devoted to gospel, blues and jazz. Both Chavez and Tortolero curate the Chicago World Music Festival which has seen the development of marquee events including the all-night Ragamala: A Celebration of Indian Classical Music; the Global Peace Picnic at Humboldt Park in partnership with United Nations Association to commemorate the International Day of Peace; and ¡Subelo!, the new pan-Latinx celebration at Millennium Park.