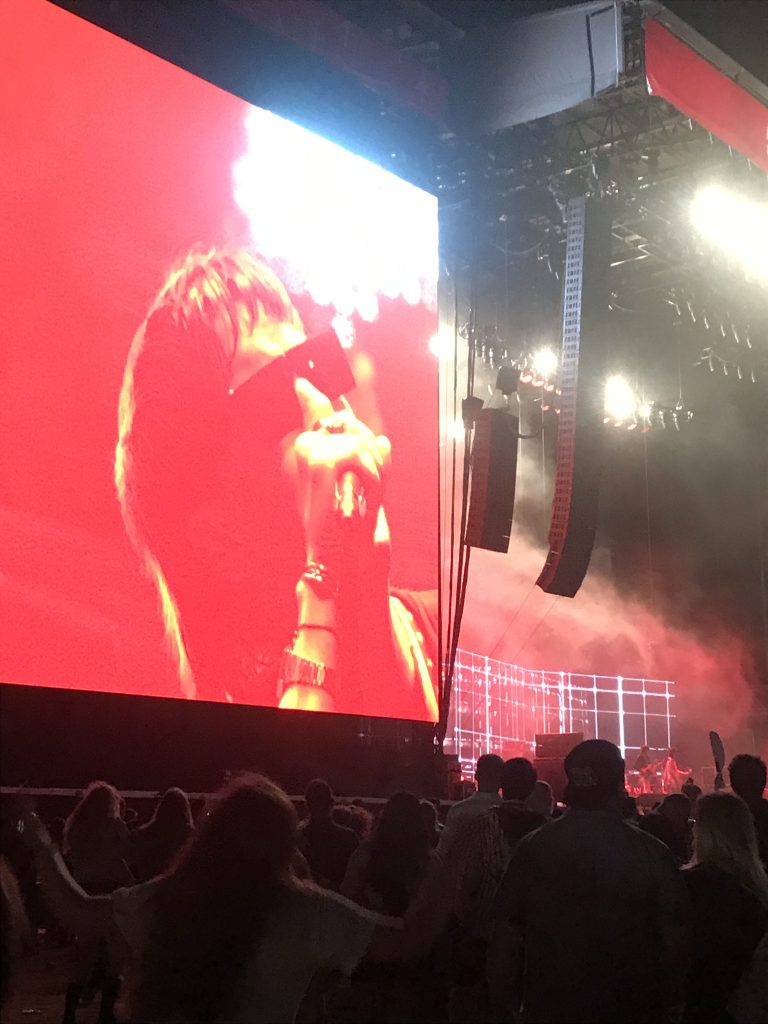 “You’re not the Arctic Monkeys!”

Even a crowd as enthusiastic as the one The Strokes had for its headlining Thursday Lollapalooza set, needs its malcontents, and as malcontents go the fan, if we can call him that, bellowing out his opinion on the merits of The Strokes versus that British power-punk band wasn’t exactly wrong.

The Strokes aren’t the Arctic Monkeys, or the Killers, or the Vaccines or any number of bands—some far more  successful in their time—that they and their debut 2001 album, “Is This It” inspired. They were antecedents to them all, ground zero for much of the best music that emerged in the United States and U.K. during the aughts. On that first record, which Rolling Stone named one of the hundred best debuts of all time, Julian Casablancas and company married a frantic, fuzzy, post-punk sound to lyrics that spoke to the less-than-kind, ungentle New York from which they came.

The Chuck Taylors were back during The Strokes’ Lollapalooza set, as were the statement tees (“Don’t Tread On Me”). And Albert Hammond Jr. earns extra credit for his white track suit by way of Evel Knievel, a seventies-inspired get up befitting the rollerskating champion he once was.

What was also back was the band’s brilliant sound, on a setlist that included “New York City Cops,” “On the Other Side,” “Reptilia,” “Last Nite” and—a Chicago crowd favorite, still on high rotation on WXRT— “Someday.” Julian Casablancas has an inimitable voice that has not so much aged well as not aged at all. And Hammond’s guitar work remains glorious. You don’t have to dance at a Strokes show, but you do need to move: the band’s best tracks are fast, fierce and over before you know it, the abrupt ending being a Strokes signature.

Even Casablancas’ banal stage banter—he mumbled, mindlessly riffed, and mocked the “techno monster” sound bleed from the Perry’s Stage show across the way—somehow worked: the music felt tighter by contrast (and the sound bleed was irritating).

Of course, what was most successful about The Strokes’ Lollapalooza set is also what is saddest. The music that most moved the audience felt absolutely fresh last night, but it was conceived in the distant past, a soundtrack to a place and time so potent that it spawned many of today’s most revered indie and power-punk bands. As legacies go, it’s not a bad one to leave. But for the Strokes’ most ardent fan base—who still want more, new, and now—it wasn’t quite enough.