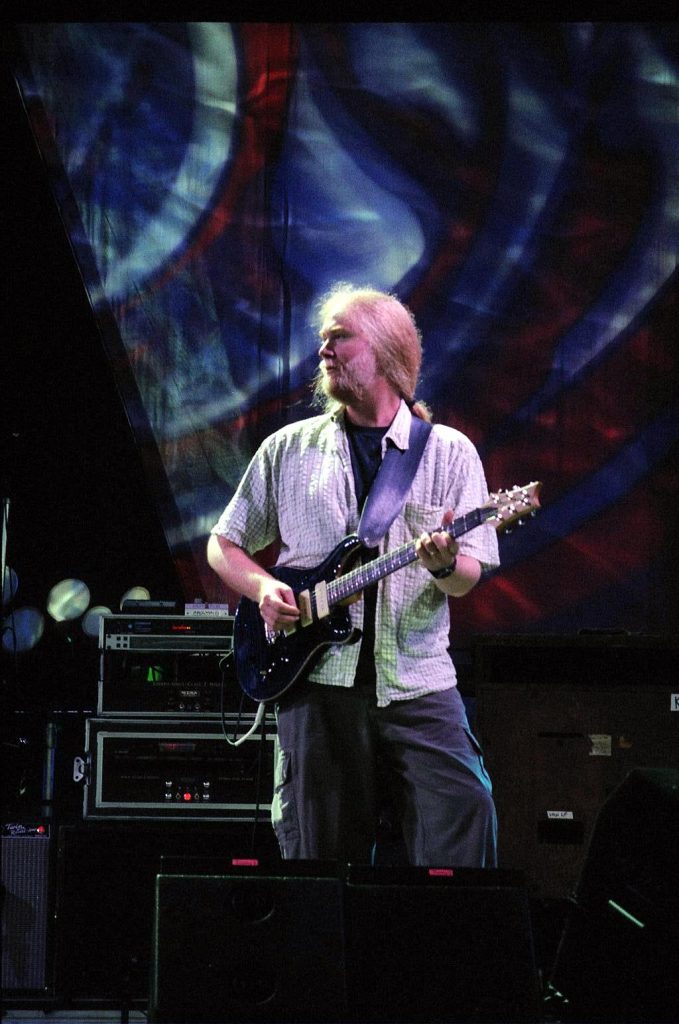 Jimmy Herring is a hero to the jam-band community. But the guitarist’s gifts extend well beyond appealing to the noodle-dancing crowd; an in-demand collaborator, he’s worked with acclaimed jazz fusion artists, including Billy Cobham and John McLaughlin.

Herring got his start in fusion. His formal studies include Berklee College of Music; he graduated from the Guitar Institute of Technology in Los Angeles. In the late nineties, Herring was based in Atlanta, where he worked with former Hampton Grease Band front man Bruce Hampton in the latter’s jammy Aquarium Rescue Unit. His trio Jazz is Dead (with Cobham, Dixie Dregs’ T Lavitz and Alphonso Johnson) toured widely and released three albums.

In the early 2000s, Herring involved himself in even more diverse projects, including Savannah-based genre-defying outfit the Codetalkers, as well as two Grateful Dead spinoff bands, the Other Ones and Phil Lesh and Friends. By 2006, he was a member of jam-band Widespread Panic; Herring remains with that group and appeared on three of its studio albums.

It wasn’t until 2008 that Herring got around to releasing a solo album under his own name. “Lifeboat” showcased his ability to slip smoothly into an array of styles. The album also made it clear that even though Herring is a player with talent to burn, he’s capable of restraint; it’s that foundation of tasteful playing that has won him a legion of fans among his musical peers.

Herring’s most recent solo release—last year’s “Live in San Francisco”—may be his most fully realized collection to date. Inspired by touring on a double bill with legendary guitarist John McLaughlin—on the latter’s farewell-to-America tour—Herring and his band reached dizzying heights that combined instrumental pyrotechnics with a song-based aesthetic that balanced the best characteristics of jazz, fusion and jam-based music.

That album seamlessly blended Herring’s work with that of former Mahavishnu Orchestra leader McLaughlin as the latter revisited material from his seventies fusion days. But Herring’s material stands up surprisingly well against the grandiose compositions like “Meeting of the Spirits.” The pinnacle of the album (as well as each night on the tour) was the final set, when Herring and his band joined McLaughlin’s 4th Dimension onstage for transcendent and near-orchestral readings of Mahavishnu classics.

Equally at home lending his formidable skills to the musical goals of others as he is embarking on his own musical excursions, Jimmy Herring is that unique musician whose work handily obliterates preconceived boundaries between genres.