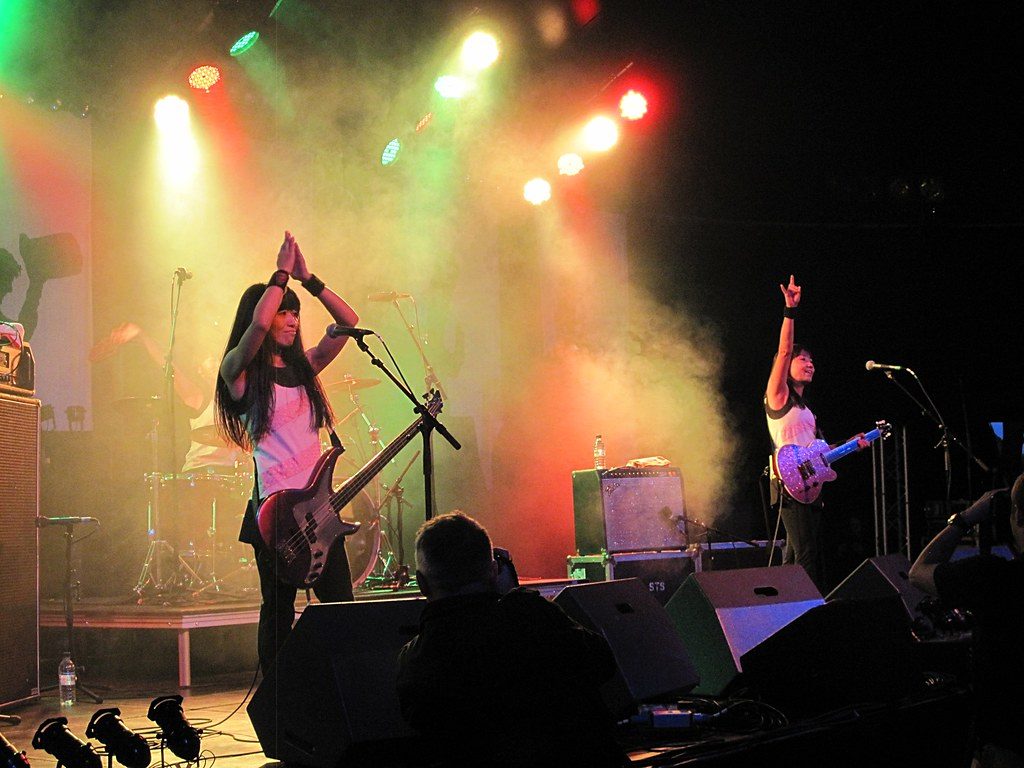 Whether fair or not, there’s a Western perspective that sees much of today’s pop culture in Japan as kitschy recycling of the world’s discarded pop culture. But it’s worth remembering that the Pacific island nation recognized some important Western pop culture before we discovered it: don’t forget that Cheap Trick’s “Live at Budokan” was created to satisfy the demand of Japanese fans who were ecstatic about the Rockford foursome in the days when their albums barely charted in the United States.

Japanese music fans hold onto styles longer than the West does; when a formerly million-selling act like Atlanta’s conscious hip-hop collective Arrested Development couldn’t even land a record deal in the United States, their albums continued to find a ready audience in Japan.

It was against that backdrop of cultural open-mindedness that Shonen Knife was formed in 1981 in Osaka. Originally a trio (sisters Naoko and Atsuko Yamano plus Michie Nakatani), Shonen Knife made a poppy, high-octane kind of rock that owed a clear and acknowledged debt to the Ramones, Beach Boys, Phil Spector-style girl-group pop and American pop culture. Song titles like “Banana Papaya” and “Burning Farm”—both highlights of the group’s cassette-only debut, “Minna Tanoshiku”—displayed the band’s borderline-silly lyrical approach (beating Robert Pollard to the punch by more than a year) and its appealing pop-punk musical aesthetic.

As Shonen Knife toiled in relative obscurity on a small Japanese label, the band sang only in Japanese. But they attracted notice outside Japan. A 1990 compilation, “Shonen Knife,” combined their first two albums onto a single CD, and included a booklet with helpful English translations. Its critical success led to a higher profile among Western listeners, especially like-minded groups like Redd Kross.

By the time the group landed a North American distribution deal, beginning with 1992’s “Let’s Knife”, Shonen Knife was singing in English. That concession to Western audiences didn’t mean that the songs made any more sense, but the band’s freewheeling sense of fun shone through on tunes like “Flying Jelly Attack,” “Cycling is Fun” and “I Am a Cat.” Outfitted like an Eastern answer to the Shangri-Las, Shonen Knife always, always rocked.

The group continues, tinkering around the edges of its style but remaining true to its aesthetic through more than twenty albums. After a period of lineup changes, the group features founding member Naoko Yamano (vocals and guitar) along with bassist Naru Ishizuka and drummer Risa Kawano. “Sweet Candy Power,” released in June, is Shonen Knife’s latest. Longtime fans will delight in pop-punk ditties like “Ice Cream Cookie Sandwich” and “Wave Rock.”