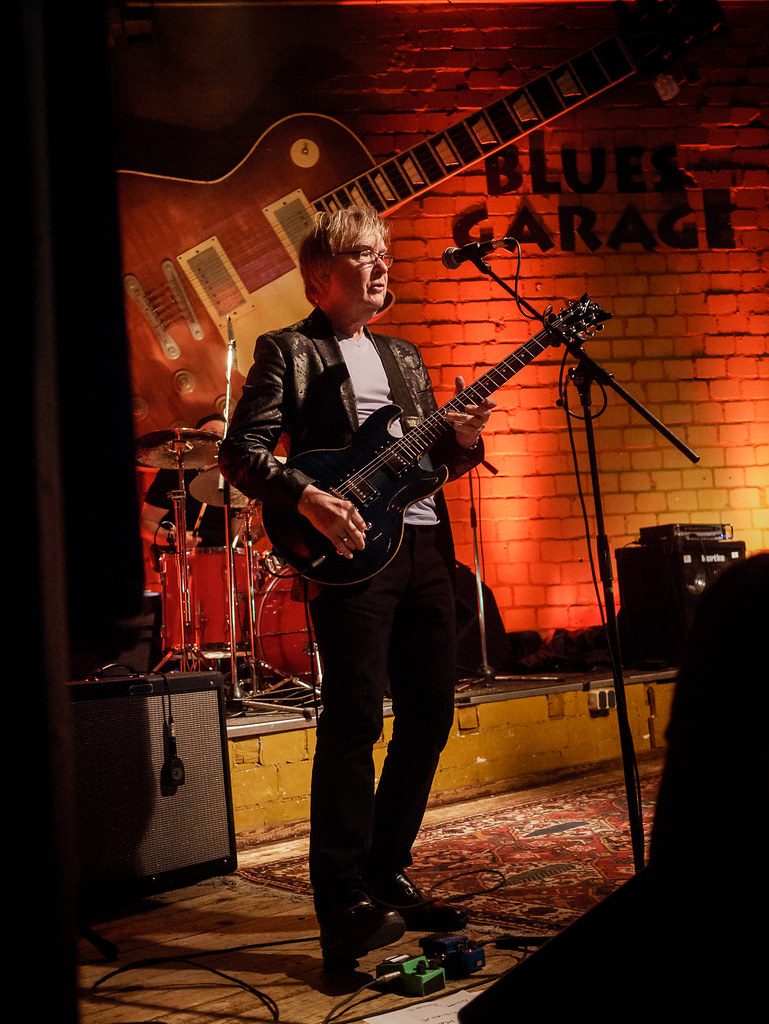 British musicians took keen and significant interest in American blues starting in the late 1950s, led by Alexis Korner and Cyril Davies. But their attention took full flower when John Mayall launched the Bluesbreakers in 1963. An astounding number of important musicians passed through the ranks of his band, including Eric Clapton, Jack Bruce, Peter Green, Mick Taylor, Mick Fleetwood, John McVie, Harvey Mandel and dozens of others. The success of the Bluesbreakers—both a commercial scale and in terms of influence—led to an explosion of British blues acts.

Beyond bands featuring Mayall alumni such as Cream and Peter Green’s Fleetwood Mac, one of the most significant was Savoy Brown. Formed in London in 1965, the group was led by guitarist Kim Simmonds; he was all of seventeen when he put the group’s first lineup together.

Some sixty musicians have been part of the band at one time or other, with its leader the sole constant. The most celebrated Savoy Brown lineup flourished from 1967 to the early 1970s; the core was Simmonds and “Lonesome” Dave Peverett on guitar, drummer Roger Earl and vocalist Chris Youlden. Signed by Decca in the UK, Savoy Brown recorded and released a string of highly regarded albums, starting with 1967’s “Shake Down” (initially unreleased in the United States) and continuing with “Getting to the Point” (1968), “Blue Matter” and “A Step Further” (both 1969), 1970’s “Raw Sienna” and “Looking In,” “Street Corner Talking” from 1971 and “Hellbound Train” in 1972.

Unusual for a group that stuck closer to traditional styles, as opposed to Cream, which adopted a more rock-and-pop approach, especially with its studio releases, Savoy Brown charted in the United States with a pair of singles. Also featured on “A Step Further,” “I’m Tired” reached the lower ranks of the American singles chart (seventy-four). Two years later, an edited-down version of “Tell Mama” from “Street Corner Talking” made it to eighty-three.

But it was in the album format—and live onstage—where Savoy Brown was in its element. Extended blues workouts like “Savoy Brown Boogie” ran in excess of twenty-two minutes, filling an entire side of a vinyl record. The band’s approach was a balance of original material, primarily from the pens of Simmonds or Youlden, and well-chosen readings of classic (and occasionally obscure) blues chestnuts like Mel London’s “It Hurts Me Too,” Muddy Waters’ “Honey Bee” and “Louisiana Blues,” Willie Dixon’s “You Need Love” and “Wang Dang Doodle” and John Lee Hooker’s “Don’t Turn Me From Your Door.”

Youlden exited the group in 1970, and in 1971 three members—Peverett, Earl and bassist Tony Stevens—quit en masse. The trio then formed Foghat, following a more commercially oriented, less purist approach. Savoy Brown’s lineup would change with regularity from that point on, and the band recorded for smaller labels and with less commercial visibility.

Simmonds soldiered on, and continues with what has turned out to be the most stable Savoy Brown lineup ever. Since 2009, the band has featured Simmonds, bassist Pat DeSalvo and drummer Garnet Grimm. Joe Whiting was on board through 2012, providing saxophone and lead vocals. But for the last seven years, Savoy Brown has been a trio, with Simmonds handling vocals and churning out soulful, high-energy guitar work, bringing the blues to a new generation of fans and making sure that the British blues boom of the 1960s never really ends.