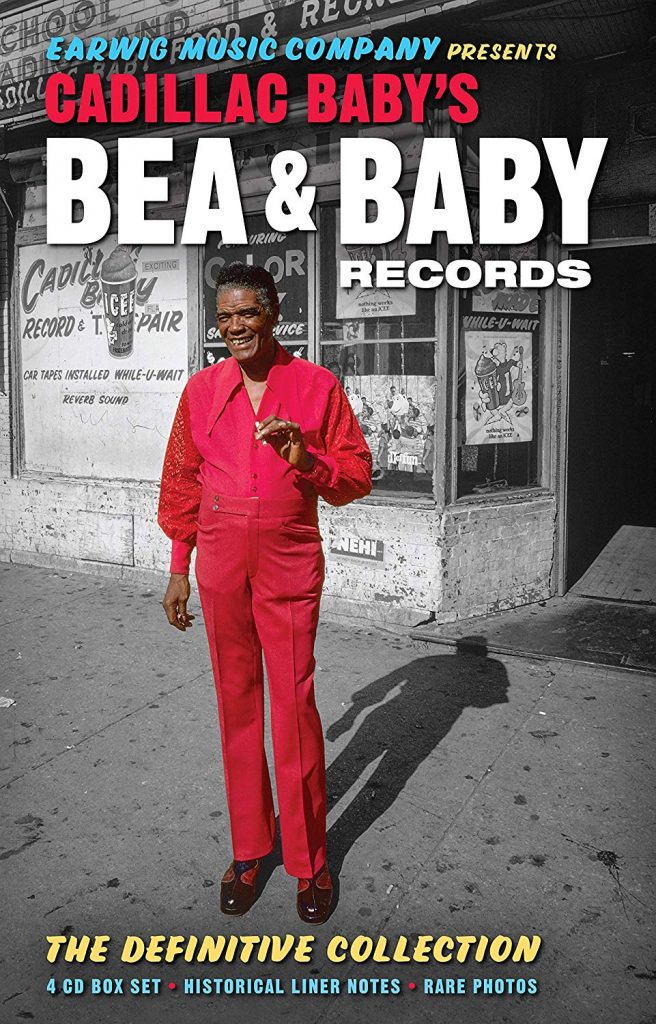 But the new four-CD box set “Cadillac Baby’s Bea & Baby Records” is the largest undertaking in Earwig history, poised to receive a Grammy nomination when those are announced on November 20. The 128-page companion book features rare photos and liner notes by Frank, Jim O’Neal of Living Blues and Chicago music writers Bill Dahl and Robert Marovich, and its 101 tracks were recorded over thirty years, but Cadillac Baby’s most prolific output was between 1959 and 1964.

Cadillac Baby was born Narvel Eatmon in 1914 in rural Cayuga, Mississippi. He followed the Great Migration to the South Side of Chicago, where he became a producer and entrepreneur. The six-foot Eatmon was big in side hustles. He sold used hubcaps and ran a trucking business for a short period. He operated an appliance repair service, a record store and a candy shop heated by a wood-burning stove.

He had to pay for the Cadillacs that he loved. Cadillac Baby owned three different Cadillacs in his lifetime. 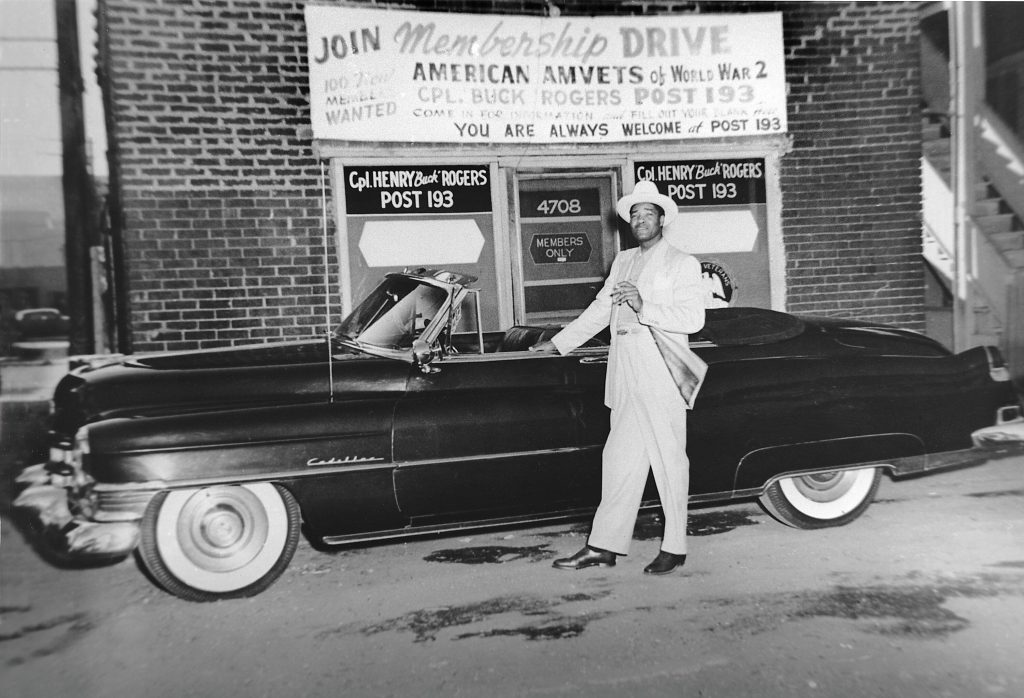 He and his wife Bea opened Cadillac Baby’s Showbar at 4708 South Dearborn in 1959. The bar was originally the Cpl. Buck Rogers, Post 193 AMVETS club. He was known to drive his Cadillac onstage to emcee his show via a ramp from a garage door entrance. He also broadcast a brokered radio show on WOPA from the club.

Cadillac Baby shrewdly learned it would be easier to obtain a private AMVETS license than a Chicago liquor license. “He got friends who were veterans and he paid their dues if they didn’t have money,” Frank says over lots of coffee at the Hollywood Grill in Wicker Park. “So he paid enough dues to get the charter. He was able to keep it going for a couple of years until the city finally made him get a tavern license.”

Michael James Frank grew up in Pittsburgh, Pennsylvania where he listened to radio DJ Porky Chedwick, the “Platter Pushing Papa,” another colorful character known for hip rhyming schemes. Frank became aware of Bea & Baby Records while obtaining his bachelor of arts in Social Relations from Lehigh University. “The type of music Cadillac recorded that was not blues, I heard that style in Pittsburgh,” Frank says. “And I loved local roots and soul music.”

The path to Cadillac Baby became clearer once Frank arrived in Chicago. He landed in the nocturnal orbit of Living Blues magazine founder Jim O’Neal (who had run a Cadillac Baby profile in 1971) and Delmark Records founder Bob Koester. “Many nights of going to blues clubs with Bob Koester,” Frank says with a smile. “Many nights. In 1974 there was a guy from England who had Red Lightnin’ Records. He wanted to go to the South Side. He didn’t feel comfortable going on his own, so Bob asked me to take him. I took him out there and that’s when I first met Cadillac Baby. He had a little store around 4305 South State Street. He was selling 45s he had hanging around from his label, other 45s, candy and stuff like that. He had stopped recording in 1971.”

A fire at Cadillac Baby’s store in July 1978 destroyed tapes, records, overseas correspondence and many photos. Only a couple of bubblegum dispensers survived. Cadillac Baby attempted a comeback by having correspondence sent to his sister’s candy store at 5847 South State.

Frank was a neglect investigator for the Illinois Department of Children and Family Services between 1975 and 1987, and at night played harmonica with Delta blues great David “Honeyboy” Edwards and managed Maxwell Street guitarist Jim Brewer. Frank quit his social work job in 1987 to pursue music full-time.

Maxine Davenport, a friend of Chicago blues pianist Sunnyland Slim, contacted Frank In the fall of 1988. Frank had purchased Slim’s Airway Records masters in 1988. Five Slim tracks are included in the “Bea & Baby” box set. Davenport’s seventeen-year-old son Richard Davenport was an aspiring rapper under the stage name 3-D. “She persuaded me to meet her and Cadillac Baby,” Frank says. “I produced some singles on her son. In January 1989 Cadillac Baby and I went to Acme studios (in Chicago) to record Richard. We did two tracks.” Richard’s mother got him two aspiring managers: Princeton Foster and Ron Simmons. (Simmons is working on a Cabrini-Green documentary.)

Cadillac Baby was slowing down. Frank helped place him into an assisted living facility. Cadillac Baby died of congestive heart failure on March 17, 1991. A month later, Richard was murdered in a gang altercation near a Church’s chicken near Congress and Sacramento. He was nineteen years old.

“I still get occasional calls from hip-hop artists who want me to produce them,” Frank says. “But Richard Davenport, whose stage name was 3-D, Cadillac Baby and I did produce him. When he got murdered I got scared by the violence—and discouraged. I was still down from Cadillac Baby’s passing. I had brought him back and he died. And then Richard died.” The 3-D tracks “7402,” a jazzy hip-hop workout. and “Here We Go Chi-town” are included. In the latter dense and dramatic rap, 3-D warns that you “better dance before it gets too late.”

Frank has assisted with licensing over the years. When Rhino Records wanted to use comic Clyde Lasley and the Cadillac Baby Specials blues-drenched “Santa Came Home Drunk” for a 1994 compilation, Frank obtained royalties for Cadillac Baby’s widow. Lasley’s menacing spoken word sermon “The Preacher, A Deacon and A Razor” is also included in the set. The compilation is truly a magnifying glass over a community.

Like a private detective, Frank researched invoices from distributors and record stores. United was Cadillac Baby’s biggest distributor. O’Neal helped Frank acquire lost 45s and MP3s so he would have the entire Bea & Baby catalog. “It’s an ongoing research project,” Frank says. “It doesn’t end when this comes out. I would like to see if Faith Taylor is still alive. They were in their mid-teens. I have photographs of the group, courtesy of (Chicago music writer) Bob Pruter. Other people in the group could be alive. I actually went on ‘The History Detectives’ website.”

“It was a revelation to hear the breadth of his catalog,” Frank says. “I had to find vinyl in most cases. Cadillac only had one master tape. In the process of doing that and researching him, I decided I was going to do justice to him and the artists. Other than the blues stuff that has been reissued, everything in his catalog has been under the radar. Nobody knew anything about this except for collectors.” 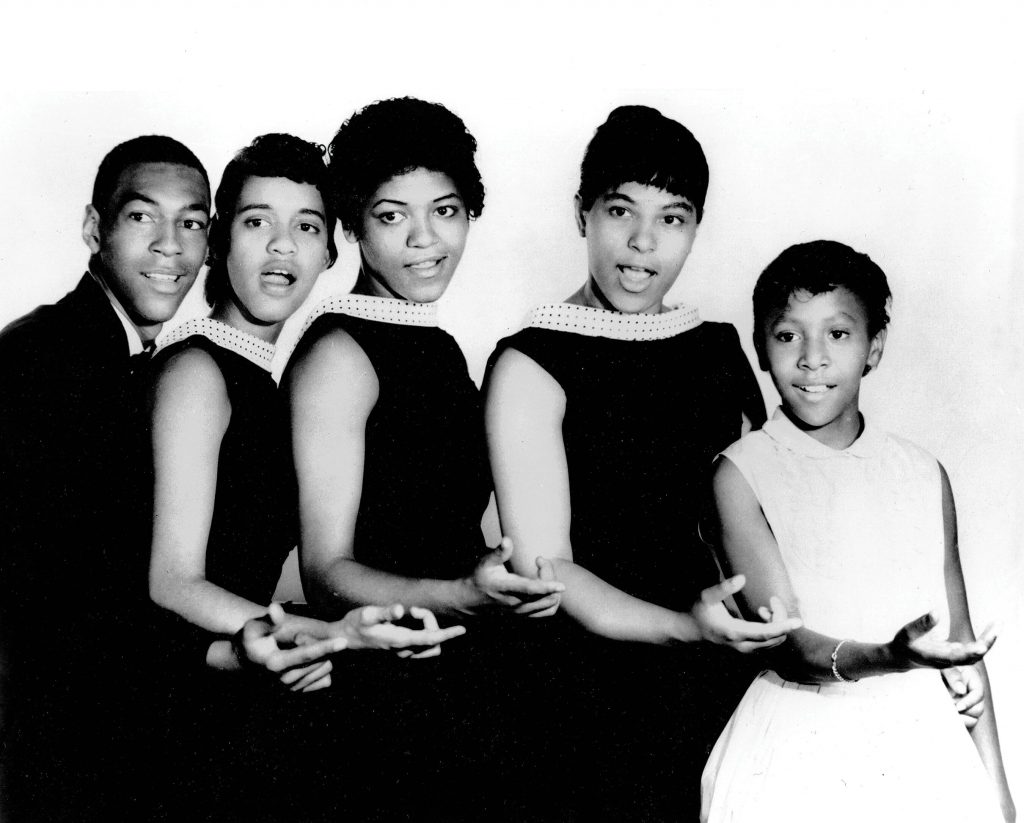 The pop group 11 Year Old Faith Taylor & The Sweet Teens recorded the pleading ballad “I Need Him To Love Me” (drenched with strings) and the Latin-influenced doo-wopper “I Love You Darling.” Remember, Faith was just eleven at the time. “What I found out from interviews Jim O’Neal and Steve Cushing did with Cadillac Baby and from the 45s—they all had songwriters listed,” Frank says. “Most of them had the name of a publisher. However, it appears that Cadillac Baby made some of those up out of thin air.” Frank says that Chicago-Milwaukee producer Lenny LaCour and former Club DeLisa vocalist often asked Cadillac Baby if he needed a publisher. T. Valentine recorded “Little Lu-Lu Frog” for Bea & Baby in 1960. Although the song is credited to Valentine and Eatmon, the song recalls the amphibian material (“Alligator Man,” ‘Old Fish”) that LaCour was bringing to Leonard Chess at the same time.

Valentine is still alive, as are members of The Biblical Aires, a quintet who sang stripped-down classic guitar- and bass-driven gospel. Chicago gospel historian Marovich connected Frank with members of the group who are still performing in Gary as the Winslett Family Gospel Singers with female vocals and electric keyboards.

Tony Gideon provided the mellow tenor of the doo-wop group The Daylighters. They were influenced by Hank Ballard and the Midnighters, which explains their name. Two Daylighters tracks appear in the box set, including “Mad House Jump,” where everyone including Frankenstein was rockin’ and boppin’. The Daylighters also recorded “Wa Too Si,” where Leonard Chess acquired the master. The latter track is not included because of licensing wrangles. 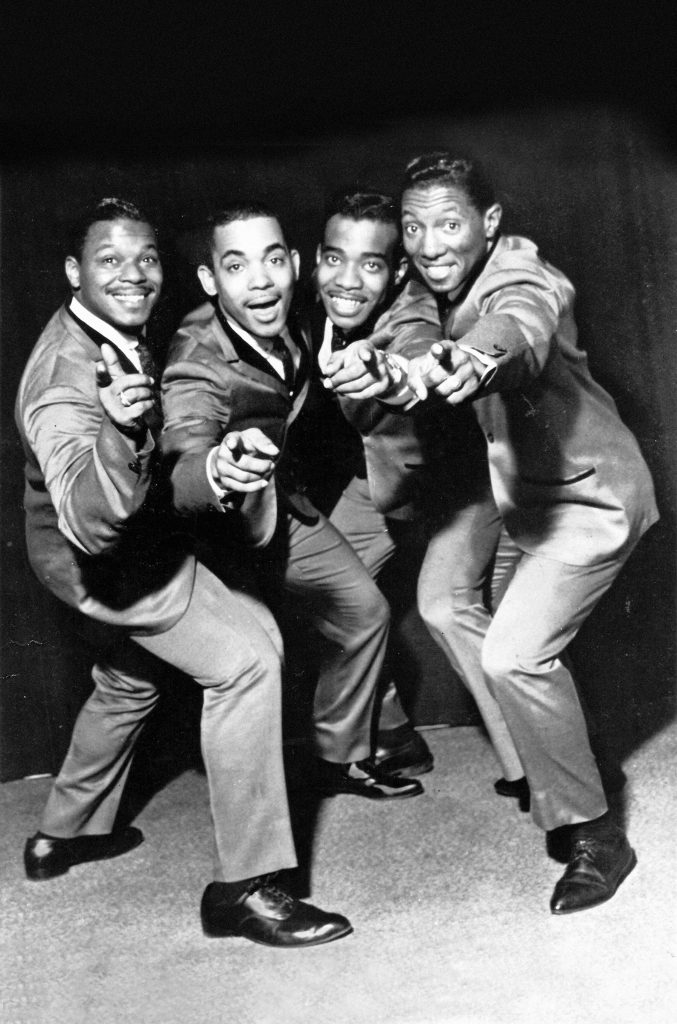 Gideon, now eighty-one, lives in Birmingham and is one of the handful of known surviving Bea & Baby artists. He says Bea & Baby was under the radar of high-profile Chicago labels like Chess, Vee-Jay and Brunswick. The Cadillac Baby story became even more overshadowed in 2008 when the Beyoncé-Mos Def-starring “Cadillac Records” told a somewhat biographical story of Chess Records. “The people that knew of Bea & Baby were Ernie Leaner (co-founder of the One-derful! label that recorded early Otis Clay), United Record Distributors or the McGowan Brothers that were in the jukebox business,” Gideon says. “I’ll tell you how Leonard [Chess] found me. Chuck Barksdale [of the Dells] and I were writing a song at the time. Chuck’s father-in-law had a hot dog stand next to where we had the Cadillac Baby record shop, 120 East 47th. Chuck used to come through there on the way to Chess where he was working with Harvey Fuqua, Marvin Gaye and the Moonglows. He found out Doc [Oliver, songwriter] and I were doing the ‘Wa Too Si’ song. After we recorded it, Leonard Chess got aware of it. Nobody had recorded a watusi song. Then Chess brought the Vibrations in from California and they recorded ‘The Watusi’ [in 1961 for Checker].”

Gideon learned about the record business through Bea & Baby and he became a pathfinder for Frank. “Back then I was reading Cash Box, Billboard, Record World,” he says. “Everything in the music business I could get my hands on. I learned the business inside out.” Gideon still has his own Birmingham-based label, Sound Mindz Entertainment.

The Bea & Baby project cast a wider net for Frank than most of his forty years of Earwig material. “Seeing Cadillac Baby’s reach and having the documents to back it up was real different for me,” Frank says. “And then finding out that Tony Gideon compiled some of that was cool.”

Yet there was one key similarity with previous Earwig projects.

“Be genuine,” Frank says. “Honeyboy Edwards spoke truth to power. I never had the drive to be a full-time musician. But he told me to learn the techniques of the greats and then express your own style. Cadillac Baby was rough, but he could be charming. He had a temper and was quick to express it in colorful language. Blues and jazz musicians were revolutionaries. They had to play their music the way they wanted to play it, when they wanted to play it and wherever they had to—step outside the social norms for the most part and deal with the consequences.”

That was certainly true of Cadillac Baby.