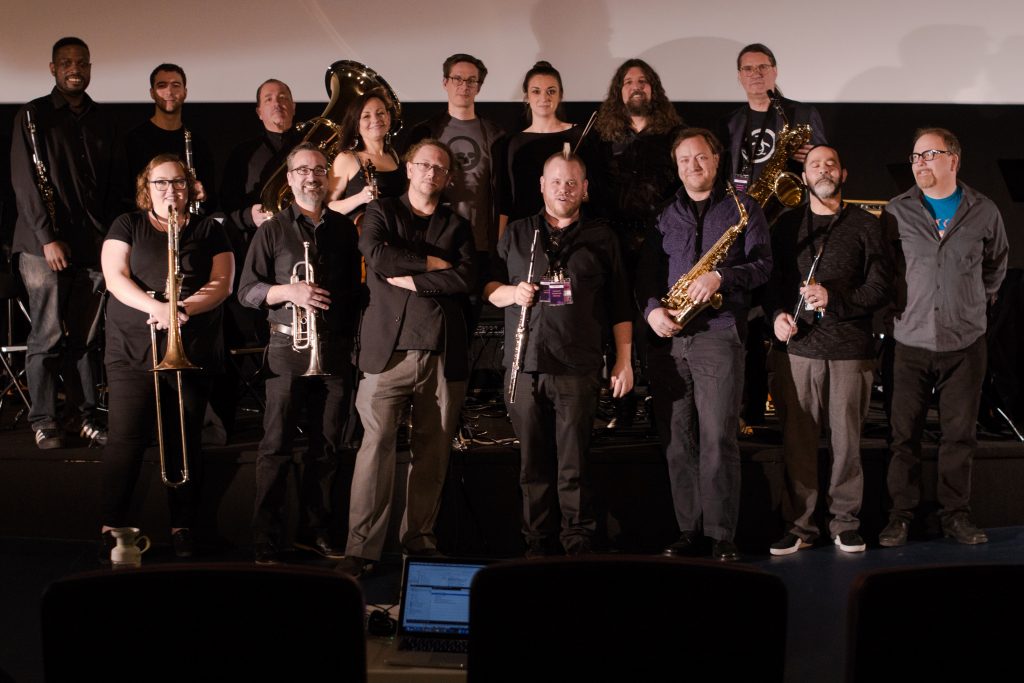 Is there another art form that obsesses over genre and subgenre quite as much as music? If there is, I’d love to know about it. If you walk into a bookstore, you’re going to see the books arranged by fiction, biography, history, you name it; and these categories have subcategories—like science fiction, mystery, young adult—but nothing that I can think of in literature, dance, visual art or film comes close to the dizzying array of subgenres in music.

I have to say, though that, as a classical musician, I’m feeling left out.

Somehow we never came up with cool subgenre names for our music. Where other people have dark ambient, we have neo-romanticism; where an electronic musician has bitpop, we have repetitive minimalism. Baleraric beat on the one hand, spectral music on the other—and yeah, that sounds kind of cool until you look it up. Then you see it means “a compositional practice involving analysis, manipulation and transformation of sound spectra.” Just doesn’t quite have the same ring to it as psychobilly, does it?

When I think of it, it’s fascinating that we still use the word “classical” at all. The term came from an architectural movement in the eighteenth century called classicism. Composers of the time were writing highly structured pieces, the forms of which reminded people of elaborate buildings with clean lines, and so they were called classical composers, much as the previous generation had been called rococo composers, also after architecture.

The movement flourished for a while, and then composers started taking more drugs and drinking absinthe and the Romantic movement was born, taking its name this time from literature rather than architecture. But somehow the name classical came to apply to all of the music and we’ve never been able to shake it off, let alone come up with a fun new name like acid trance.

The situation with the word classical has gotten so confusing and misleading that many ensembles are omitting it from their marketing materials entirely.

“We define ourselves by our medium—being an orchestra—and that we play music by living composers and deliberately explore a range of compositional approaches, sounds and styles,” says Randall West, artistic director of the Chicago Composers Orchestra. “We explore everything from avant garde, to neo-romantic, to pop, sound art, academic, jazz, etc. And with jazz specifically, we’ve collaborated with jazz composers on recent programs—Nicole Mitchell, Tomeka Reid—and these were such cool programs. So the idea of a collaboration with a large rock-jazz ensemble was a perfect fit for CCO.”

West is talking about an upcoming collaboration with Origin of Animal, an art-house ensemble that, as we so often have to say these days, defies categorization. Origin of Animal is a highly flexible group that has done everything from perform classic albums like Miles Davis’ “Birth of the Cool” or King Crimson’s “Red” in their entirety, to performing in rock venues, to playing on the Thirsty Ears classical music street festival.

Origin of Animal joins Chicago Composers Orchestra on January 25 for “chaos | composed,” a concert of music by Chicago composers who have all been asked to write something new for either or both ensembles. Four of the composers will also be paired with visual artists as part of Homeroom Chicago’s latest Ten x Ten project.

None of the commissioned composers is overly concerned with genre labels. Composer Amos Gillespie says, “When I was young, my mom was a guitarist and bassist in rock cover bands. As a young musician, I got more involved in contemporary classical composition and jazz and moved out to Chicago.

“My love of rock is still deeply rooted though, specifically with prog-rock bands like Dream Theater and Yes. They’d write these long ten-minute forms that were clear and interesting but totally unpredictable; I’ve always loved that kind of artistic freedom.

“So with this opportunity, I got a chance to explore that kind of structural narrative, as well as revisit sounds from my youth while weaving in modern influences. The opening of the piece uses power chords, or open fifths, superimposed at different intervals, combined with a driving three-eight time that shifts into other meters. Somehow that opening just felt like a good mix of rock, jazz and orchestral, and I let the piece unfold from there.”

David Keller is combining a lifelong love of the symphonies of Gustav Mahler with his fascination with the music of Deep Purple, Mahavishnu Orchestra and Metallica. Randall West is inspired to mix influences from Yes’ album “Drama” with the slowly unfolding music of Anton Bruckner and Janice Misurell-Mitchell’s piece “Aurisons,” “plays with the idea of listening to sounds which are in our environment but might be unexpected in a traditional concert setting.

“The piece follows a jazz format in that fundamental musical ideas are introduced in the first part of the piece, and subsequent sections present this material in different guises. Performers are asked to play various motives within a general framework, but they are not always given precise rhythms or pitches.”

New works by Elisabeth Johnson, Trevor Watkin and a collectively composed work by Origin of Animal round out a program that’s blissfully heedless of genre limitations. And of course that’s the gist of all of this, that genre and subgenres, no matter how cool the name, are inherently limiting.

Still, I have to confess that if a classical composer were someday to refer to their music as, say, chillwave, it wouldn’t bother me one bit.