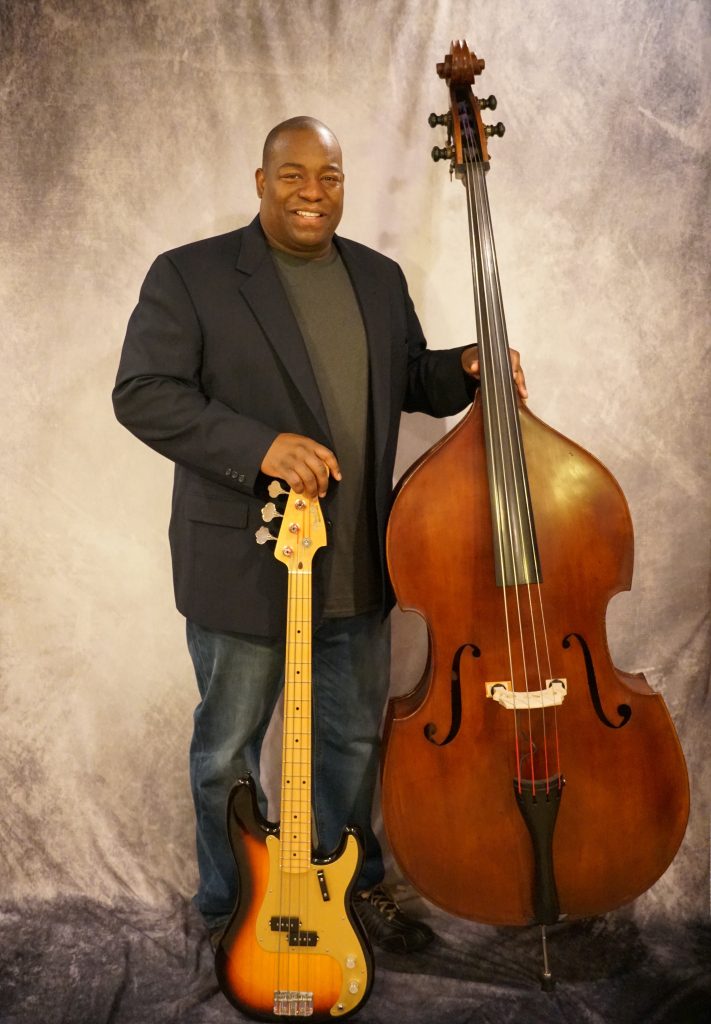 Everything was in place for Alex Dixon.

Dixon and his wife Melissa had formed their label, Dixon Landing Music. Alex Dixon has the legacy currency of his grandfather, the Chess Records architect, bass player and bandleader Willie Dixon. The Chicago Blues Festival had scheduled a seventieth-anniversary tribute to Chess Records, but the annual celebration was canceled to slow the spread of COVID-19.

Alex Dixon’s album “The Real McCoy” was released on March 24. By that date, there were 52,976 cases of COVID-19 in the United States and 704 Americans had died. Life was turned upside down and there was no soft landing for Dixon.

Live music tours are a key ingredient in any musician’s strategy to promote a new product. According to an early April survey by the nonprofit Americans for the Arts, the economic impact of COVID-19 on the U.S. arts and culture industry was a $4.5 billion loss. “We had a lot of overseas gigs and a lot of those festivals have been canceled,” Alex said in a March 19 interview while sheltering-in-place in his home in the East Bay town of Dublin, California. “We had summer shows here. [He was not scheduled to come to Chicago.] It’s going to be very hard for me and my friends. I’m cooped up in my house playing my bass and piano and writing new songs for when this whole thing is over.”

So for now, here’s some blues heritage-in-place for you. 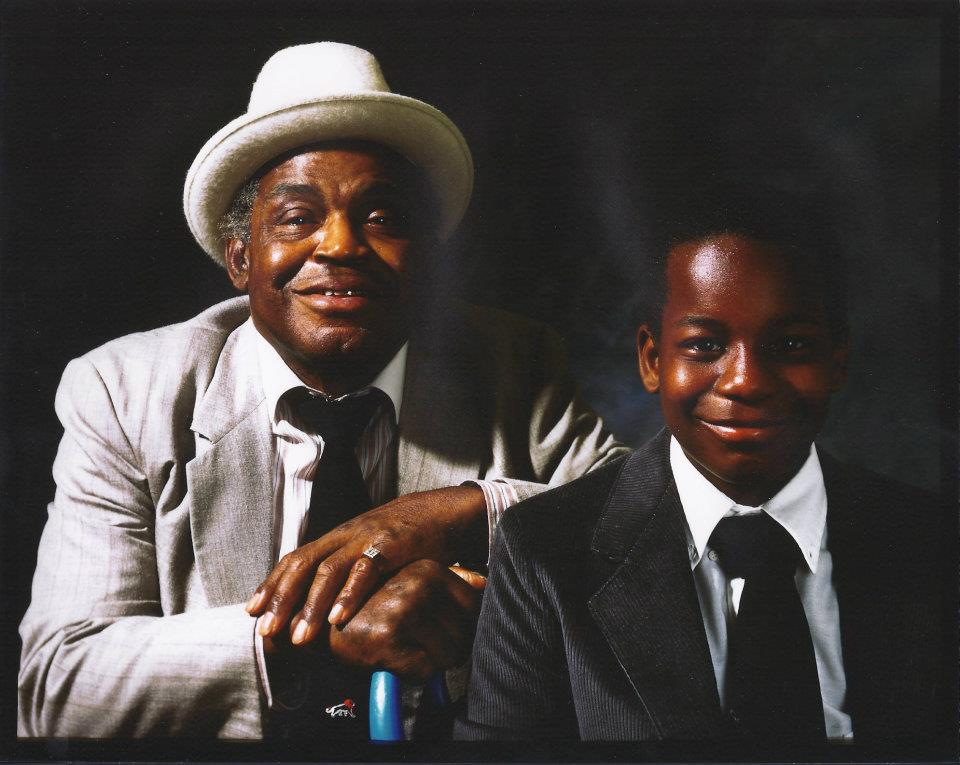 Alex Dixon, forty-five, was born in Chicago and raised by his grandparents Willie and Marie Dixon. His earliest memories include Muddy Waters, Johnny Shines and Johnny Winter coming to their two-story house in the 7600 block of South Throop Street. Alex followed his grandparents when they moved to Glendale, California in 1984. Willie Dixon died in 1992 at the age of seventy-six. Marie Dixon died in 2016 at the age of seventy-nine.

Their daughter Jackie Dixon is president and CEO of Willie Dixon’s Blues Heaven Foundation at Chess Records, located at 2120 South Michigan. Alex Dixon’s mother is Patricia Dixon, who is Jackie’s oldest sister. “We did play music together quite a bit,” Dixon says. “We had a lot of fun. We all grew up together in the house. My grandfather told me stories about meeting Bo Diddley and his boxing days.”

Willie Dixon was a winner of the Illinois State Golden Gloves heavyweight championship (novice division) in 1937. He was a sparring partner to heavyweight champion Joe Louis in the basement of Eddie Nichols’ gym at 15th and Indiana. I visited Willie in 1989 in Glendale. We talked about the parallels of counterpointing in boxing and music. “I learned to time things pretty well in boxing,” Willie said. “That was great for counterpointing in music. I timed a guy’s licks the same way. I would counterpunch”—counterpunching being a punch thrown in response to an opponent’s lead.

This begins to explain the declared rhythm Willie Dixon put into the blues and rock ’n’ roll. Alex follows his grandfather’s lead on “The Real McCoy.” Backed by a crack band that includes former Chicago blues guitarist Melvin Taylor and harmonica player Sugar Blue, he covers four lesser-known Willie Dixon songs on the record: “Groaning The Blues” (recorded by Otis Rush for Cobra Records in 1957 and later covered by Eric Clapton); “Spider in My Stew” (a hit for Buster Benton in Supreme Records in 1973); “When I Make Love” (first covered in 1973 by Margie Evans on Willie Dixon’s Yambo Records); and “Howlin’ For My Darlin,’” written with Howlin’ Wolf and cut by Howlin’ Wolf himself in 1959 for Chess).

“I was trying to go for something different,” Dixon says. “I had covered ‘Spoonful’ and ‘Hoochie Coochie Man’ before. Even though I picked obscure songs, I knew the artist. I got to talk to Otis Rush quite a bit when I was younger. I put ‘When I Make Love’ on there because that was an important day in our family, when our grandfather had Koko Taylor sing at the Grammys for the first time (in 1987 with Dr. John, Junior Wells and Ry Cooder). We were so happy. He was finally getting some recognition. One of my favorite artists is Howlin’ Wolf and the singer we feature, his favorite artist was Howlin’ Wolf. That’s how the project started.”

Lewis “Big Lew” Powell is the album’s lead singer. Dixon met Powell at the 2015 Chicago Blues Festival, when the birth centennials of his grandfather and Muddy Waters were celebrated. Powell was appearing with vocalist Nellie Travis, a protégé of Koko Taylor. “The Real McCoy” also features guitarist Joey Delgado from the East Los Angeles Latin blues band the Delgado Brothers.

In a separate interview while sheltering in place in La Jolla, California Melvin Taylor says, “Willie Dixon is the godfather of everything. I’ve been playing fifty years and I felt him on this record. And Alex is a brilliant kid. He’s got a bright future.” Dixon’s daughter Leila makes her vocal debut singing background on the mannish-boy styled single “Nothing New Under the Sun.” “She’s thirteen and she wanted to be part of the project,” Dixon says. “It reminds me when I was her age and I was writing songs with my grandfather on his last album.”

Dixon’s first memories of seeing blues royalty was at the South Throop house in Chicago. Willie Dixon ran a small studio he named “The Blues Factory” around the corner at 7711 South Racine. Chess and Curtis Mayfield guitarist Phil Upchurch helped set up the studio. “That’s where he came up with Blues in the Schools and started making up the ideas of Blues Heaven,” Dixon says. “I remember the family meetings of what the foundation would be about.”

No one in the Throop Street neighborhood will forget Willie Dixon’s 1959 pink Cadillac with the fancy fins and pointed taillights. The car was previously owned by Muhammad Ali and before that, actor Lincoln Andrew Perry, whose stage name was Stepin Fetchit. In Dixon’s autobiography, “I Am The Blues (The Willie Dixon Story),” Dixon wrote that he had the Cadillac remodeled in a car shop at 22nd and Wabash.

Ali hired Perry as a consultant for his rematch with Sonny Liston in 1965 because Perry had known boxer Jack Johnson. Ali was living in a third floor apartment in the 7000 block of South Cregier Avenue in 1964. Willie Dixon wrote, “I used to book Stepin Fetchit different places and he was down in Kentucky during the time Ali was getting ready for his fight with Sonny Liston.” Dixon wrote that the car was Ali’s first Cadillac. 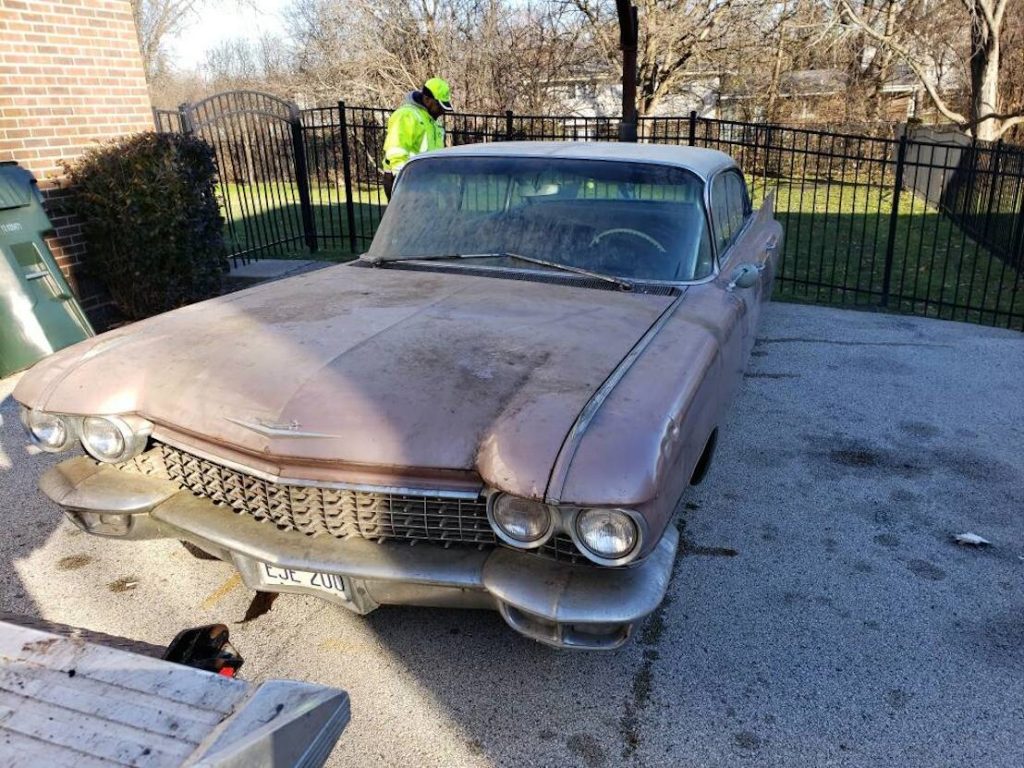 “We had that car in our garage on Throop Street forever,” Alex Dixon says. “They were all friends back in the 1950s and sixties. They stayed at the same hotels. When I was a kid we pretended we were driving the Cadillac, things like that. People always ask, ‘Oh, is that the Cadillac the Chess family bought for your grandfather?’ No, he never got a Cadillac from the Chess family. That story was from ‘Cadillac Records,’ the movie.” (Cedric the Entertainer portrayed Willie Dixon in the 2008 film.)

Dixon recalls the process of writing songs with his legendary grandfather. “We would come up with a story; he said blues were the facts of life. He always watched the news. He loved to read the newspaper. We’d come up with ideas from current events and write a song. I would figure out something on the piano.” Dixon has a co-writer credit on “Study War No More,” from “Hidden Charms,” his grandfather’s final recording. “Hidden Charms” won a 1989 Grammy for best traditional blues recording, the only Grammy of Willie Dixon’s career.

Dixon says he spends a lot of time in Chicago. When in town he helps out at Blues Heaven and Chess studios. “I was there last summer when me and Jackie talked to the Rolling Stones,” he says. “I was reminiscing with Mick Jagger about when they came to our house on Throop Street in 1981 (on the “Tattoo You” tour), they had tour buses and limousines. We were laughing because my grandmother told them to ‘Get outta here with all that noise.’ I introduced Jackie to Keith Richards. Steve Jordan (Stones producer-drummer) is a close friend; I introduced him to Jackie. She had never met any of them before. The Stones did make a sizable donation to the foundation.”

Dixon learned about the business end of music early in his life. “I asked my grandfather about the Chess family,” he says. “People don’t realize that Phil Chess was the one who called my grandmother about 2120 (South Michigan) in 1993 and said, ‘Go get it. We don’t want the building anymore’.”

The move to Southern California paid off for Willie Dixon and his family. “We were trying to get his name out there,” his grandson says. “He started to make a name for himself again.” And now, against some mighty odds in the summer of 2020, Alex Dixon is moving forward in those footsteps. 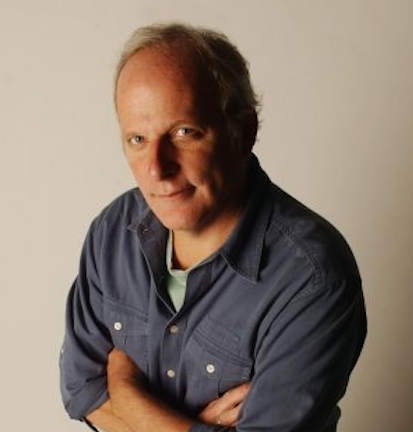