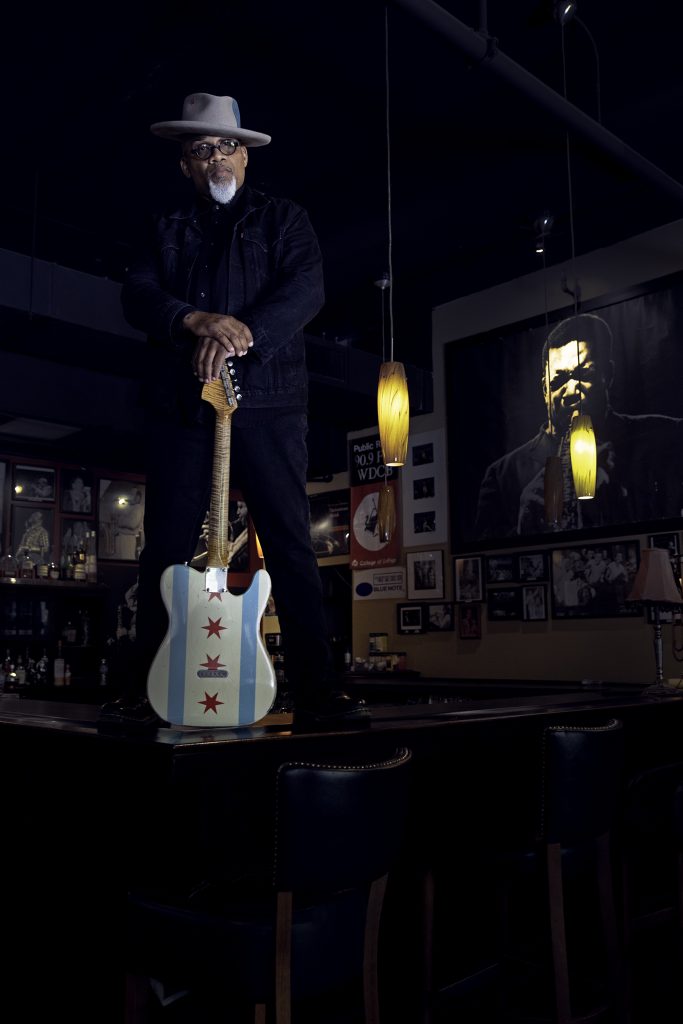 The blues has thrived in Chicago for decades, a specialist genre with a rich and storied history with a small but ardent pool of fans and an ever-shifting contingent of tourists who breeze in and out, eager to get a hit off the head-on genuineness that’s usually buffered out of glossy, corporate-backed music. But those tourists have awakened to a hellacious sociopolitical hangover. The global-scale pandemic and the nationwide uprisings against police violence have created the kind of destabilizing double-whammy that seems likely to drive people back to music that nakedly confronts their pain and then cauterizes the wound. Transcending agony by digging deeper into it is older than the blues (ask any opera aficionado) but the twelve-bar, searing-guitar variety is our homegrown remedy and it’s one of our essential assets.

Toronzo Cannon is our preeminent dispenser of that blistering, beatifying cure. In our first review of his music, in 2016, we wrote, “The blues still works because it’s not the Internet that connects us, it’s our innate human capacity for misery and regret. And Toronzo Cannon works because he spins that into a kind of furious ecstasy.” Last year’s “The Preacher, the Politician or the Pimp,” his most recent album, raised the bar higher, tackling not merely individual despair but our collective desperation to see and be seen. “Woke blues” may sound like a mutually exclusive term—akin to “Christian metal” or “dark surf”—but Cannon makes it seem entirely natural, channeling political disgust, the rage of the under-insured and the shame of the silent. He even gives voice (in fact several) to the #MeToo movement.

Cannon’s facility with universal connection might stem from his nine-to-five gig: he’s a full-time bus driver for the CTA, which is a front-row seat for the ongoing human pageant. I spoke with him about his past, his politics, his day job and the alchemy that turns them all into his art. 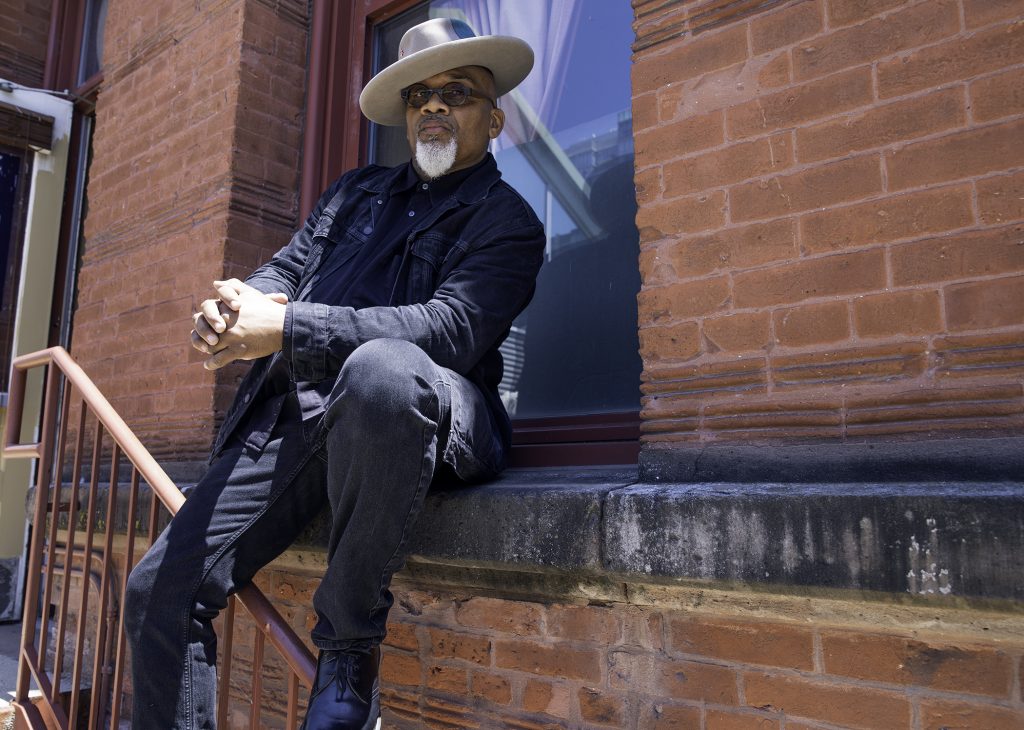 Let’s start with your childhood and upbringing. Was music a part of it?

My grandparents primarily raised me, and blues was in the house, R&B was in the house. I’m sure there was Motown also but to me it was all just music my grandparents played. It was genre-less to me. My brother used to bring home different types of music like Devo and Blondie. He’d go to his summer job, and I’d sneak in and listen to all of his albums.

When did you realize music was your calling?

I guess it was in my early twenties. I couldn’t play basketball anymore, I hurt my knee. At that time, in the eighties, I was listening to people like Chaka Khan, The Police, Bob Marley—reggae, ska music. But I got the bug listening to John Cougar Mellencamp albums, because of the acoustic sound. “Rain on a Scarecrow”—things like that, just a very heavy acoustic sound.

When did you take up the guitar?

It was the early nineties. I think I got my first guitar in ninety-one, ninety-two. My sister got it for me, actually. I was an assistant manager at a movie theater on the North Side, and I would get everybody in, then I’d go upstairs to the office and practice for like an hour and fifteen minutes—however long the movie was.

Did you have formal training, or are you self-taught?

I had three weeks of formal training. ’Cause along with the guitar, my sister gave me a month’s worth of lessons, every Wednesday. I only got through three of them, because I wanted to play reggae first. (He laughs.) And the guy kept saying, “Well, you have to learn these chords before you can learn those chords.” I also tried Old Town School of Folk Music when I got a little bit older, but that was only, like, two lessons. It was only to decode the chords I already knew. I would look at Bob Marley videos and see where his fingers were, and I’d write it down and then do it myself. So I’d be playing chords, but I didn’t know what they were. So the guy at the Old Town School, he’d say, “That’s an A-minor,” or “That’s a C.” And I’d say, “Okay, cool.”

When did you flip the switch and become a professional?

I started going to blues jams, and that was like my full-circle moment—“Oh, this is the music my grandparents played.” And a guy named Tommy McCracken, a local Chicago blues guy, took me off a jam stage and gave me my first gig, playing behind him at Taste of Chicago, I think it was 1997. And I’ve still got the first dollar he gave me. I mean, the gig wasn’t a dollar! I just took one of the dollars he gave me and put it in a frame with the little wristband you get at Taste of Chicago.

I kept playing as a sideman with different people. I got my reggae chops playing with a reggae band for about a year-and-a-half called Roots, Stems and Branches. I noticed they didn’t have a guitar player, so I just offered to play free. And they were like, “Sure.” Eventually they started to pay me. But it was cool, I satisfied my little reggae jones, or whatever. And I went back to the blues. 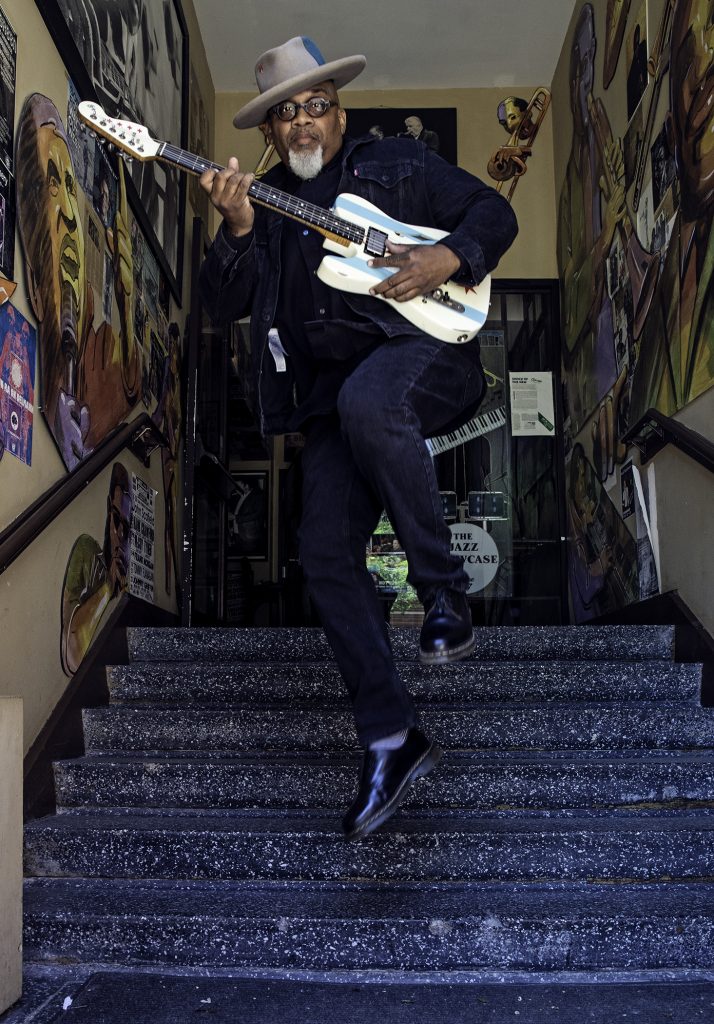 What is it about the blues that draws you?

Well, I’m a firm believer in “You don’t choose the blues, the blues choose you.” I didn’t know I was being primed up as a kid, that the music I was listening to would one day come back to get me! Plus, living in Chicago, it’s fertile ground, man.

Then “The Chicago Way” album came out, and it was your breakthrough. How did that change your life?

I did two albums with Delmark Records before that, which for me was an achievement. That’s the oldest blues label in the world. So I was happy to be part of that long history. And then all of a sudden I get the call to be part of the biggest blues label in America, if not the world—and their roster is also great. So for me to be on those two historical labels—Delmark and Alligator—is kind of like, “Wow, I’m doing something right.”

But as far as breakthrough—with Alligator, Bruce Iglauer put me in markets that I had never been in. I was doing a bunch of European gigs on my own and when I signed with Alligator all of a sudden I was doing more American gigs—going to festivals and things in places like upstate New York. People would hear me and say, “Wow, who are you, where are you from?” You know, Chicago being a blues hub, and with my European gigs, I thought I was maybe known a little bit but turns out the people who listen to Alligator are a whole different demographic.

On your next album—“The Preacher, The Politician Or The Pimp”—you’ve raised the bar. You’re speaking to power here, and speaking for the disenfranchised. Do you see a political role for the blues?

I work on the West Side of Chicago as a bus driver, and in my work I’ll see a pimp on the corner standing under a poster of a politician saying “Vote for me,” and also standing in front of one of five storefront churches on the same block. That’s all you see on the West Side of Chicago, in certain impoverished neighborhoods, is liquor stores and old storefront churches. And drug deals and prostitution, and I figured I’d put those three together. ’Cause it’s all about the words—the things they say that make people do things against their own best interest. You know, preachers—you’re gonna take ten percent of my earnings, I’m already living in the ghetto, and you’re tax-exempt? And then you got the pimp, who’s making a woman do things against her best interest, take the money she earns and give it to him.

My biological father was a pimp. My mother was sixteen when she had me, my father was sixteen. I was a product of teenage love. He got into the lifestyle later. I didn’t meet him until I was eighteen years old. He wasn’t flashy, like the stereotypical pimp with the big rings. He was just a regular guy. He had two women. I had a lot of questions!

The current crisis is changing the ground underneath our feet. Do you think the blues has a role to play in what we’re all going through right now?

Definitely. People say misery loves company, but with the blues, misery-loves-company is therapeutic. I wrote a song called “Insurance” on this last album, and I’ve had people message me or in-box me or see me at the shows, saying, “That song is my life.” Like I was looking through their window. And to me as a songwriter, I feel good that I’m tapping into something of the real human experience. And again, the person hearing the song is sad, but he finds comfort that someone understands that this thing he’s going through is real—it’s not just a blues song about, “My woman left me.”

What’s next for you? Do you have a game plan for moving forward, in this uncertain world?

I’m in the process of writing new songs. And I feel like doing them acoustically, because the words are more focused. But it’s hard when you’ve written these songs and put tears and sweat and anger into them—you go through this tug-of-war with your spirit to write good songs—for it to be overshadowed by a pandemic! It feels bad, it’s not cool. But I’ll find a way to get these songs out. The thing is to keep visible as an artist. Even without the clubs and the travel. The thing is not to lose momentum.