35
Tom Higgenson
F. Scott Fitzgerald’s observation from “The Last Tycoon,” “There are no second acts in American lives,” has been pretty thoroughly negated. It’s not unusual to see someone like frontman Tom Higgenson beginning his second act while the first is nowhere near a curtain. Higgenson’s seminal power-pop band, Plain White T’s, exploded out of Lombard to rack up platinum singles in the late 2000s. In 2018 they were back at it, rejoining their original label, Fearless Records, and dropping their eighth album, “Parallel Universe,” to general acclaim. Meanwhile, Higgenson was working his synth-pop mojo in a new project, Million Miler, whose debut single, “Take a Chance On Me,” made 2019 feel like 1983. Additional singles have followed. Higgenson has managed to crush the quarantine, too: In May, Plain White T’s streamed a concert on Chicago Sound Check’s Instagram Live. 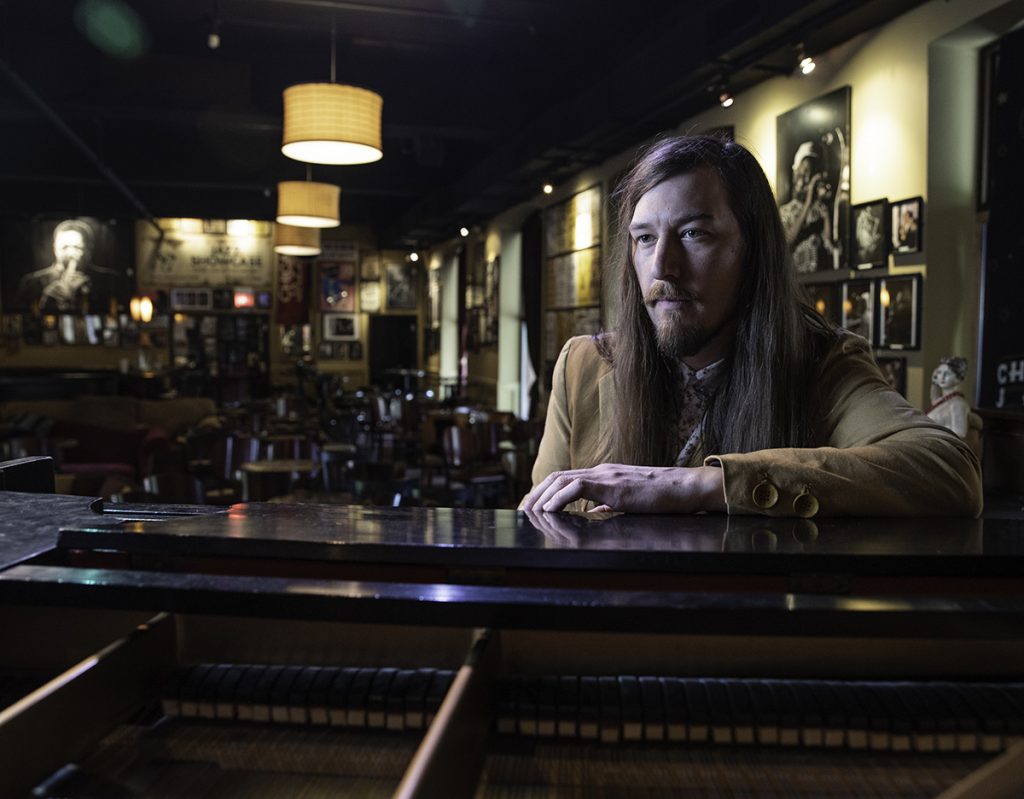 34
Matt Ulery
Bassist Matt Ulery is another ubiquitous figure on the jazz scene. He’s led several groups while bringing his distinctive voice and sensibility to collaborations with fellow luminaries such as Makaya McCraven and Marquis Hill, and to new-music ensembles including Eighth Blackbird and Axiom Brass. Along the way he’s released nine albums of original music. In the past two years alone he’s released “Sifting Stars” under his own name, and “Wonderment” with drummer Jon Deitemyer and violinist Zach Brock. His most recent album, “Delicate Charms,” was released in October and has drawn comparisons to artists as far afield as Charles Mingus and Claude Debussy. Particular raptures have accrued to its centerpiece, an exhilarating thirteen-minute tour de force titled “Coping.” 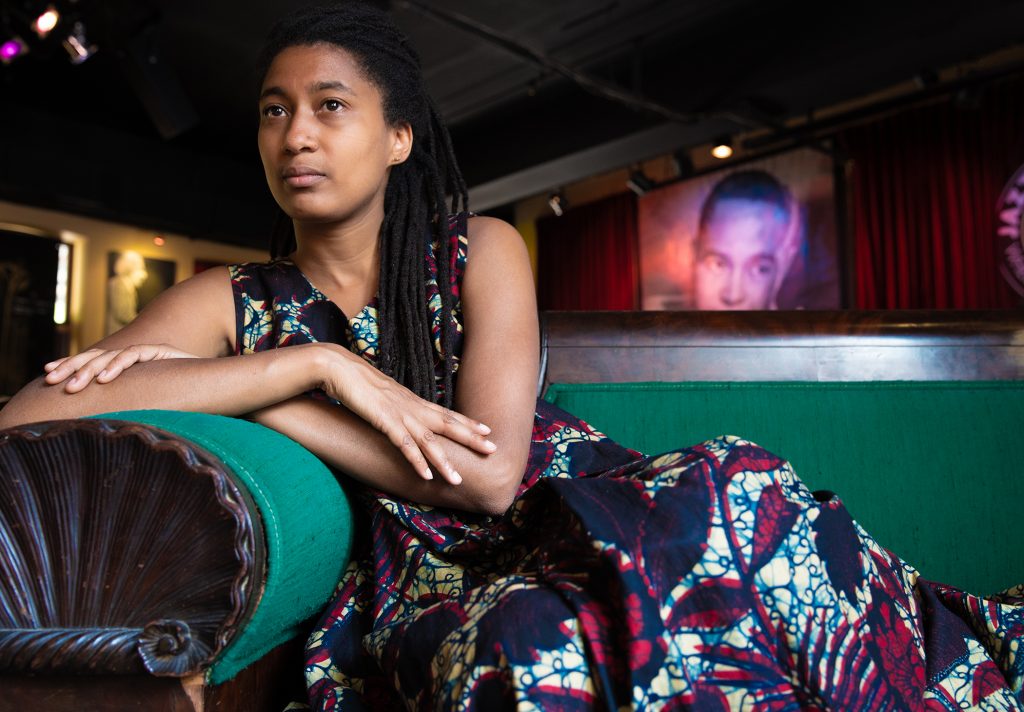 33
Tomeka Reid
Jazz cellist and composer Tomeka Reid received her Master of Music degree from Chicago’s DePaul University and spent the early years of her career here, which included the formation of the two groups with which she’s most associated: the HEAR in NOW trio, which she co-leads, and Tomeka Reid Quintet, whose 2019 album “Out Now” was one of the year’s most lauded. Reid has run the annual Chicago Jazz String Summit since 2015 and when she moved to New York last year, people asked whether the summit would move with her. She was adamant that it wouldn’t. “I want the Summit to remain a Chicago thing. It’s my giving back to the community that did so much for me. Chicago has blessed me my whole life.” Because of the pandemic, this year’s Summit, which took place in May, was streamed, and is viewable on the Summit’s Facebook page. Reid has spent the lockdown sheltering-in-place with her partner in the West Loop. Post-quarantine, a new album from HEAR in NOW is planned. 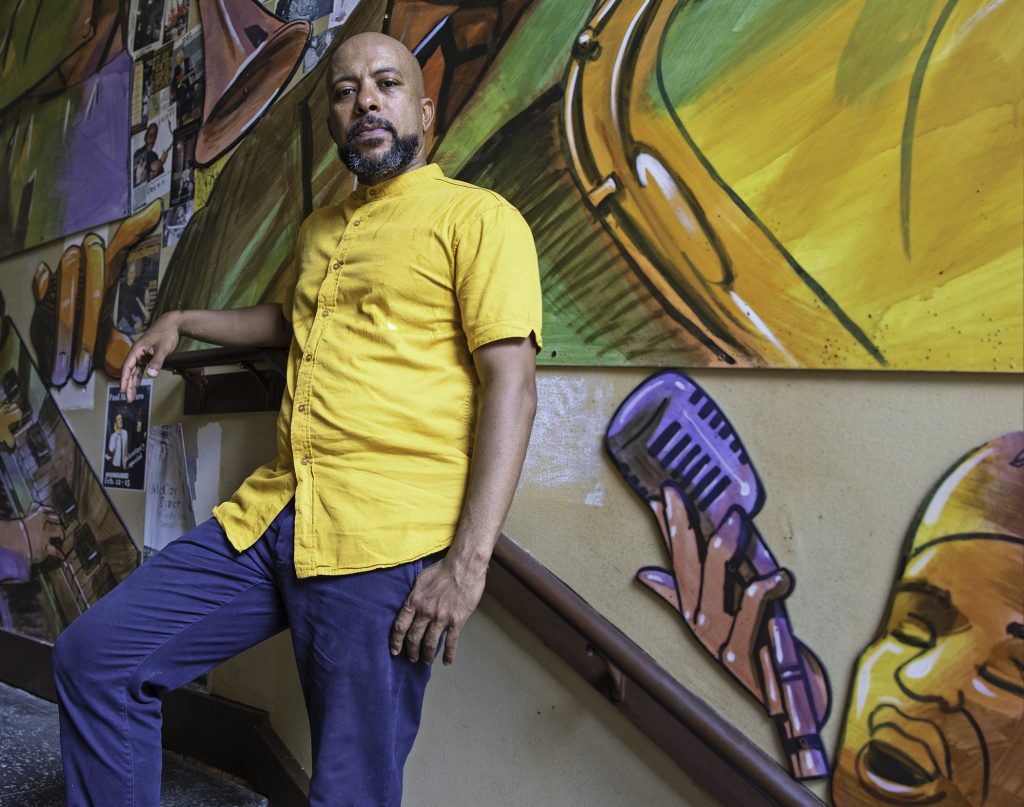 32
Ben Lamar Gay
The Chicago cornetist, keyboardist and composer has become a go-to guy for experimental and improvised music. Gay released the dazzlingly adventurous Latin-tinged soundtrack album “Confetti in the Sky Like Fireworks (This Is Bate Bola OST)” in 2018, followed in 2019 by a sonically enigmatic collaboration with JayVe Montgomery, “Freddie Douggie: Live On Juneteenth“ and a playfully boundary-pushing six-track EP, “East of the Ryan.” Gay’s interests extend to the visual and performing arts. Last summer, his installation “Hecky Naw! Angles!” at the Museum of Contemporary Art Chicago used video art and choreography to explore the history of Black social dances.

31
Krewella
Electronic dance pop trio Krewella was formed in 2007 by sisters Jahan and Yasmine Yousaf and producer Kris Trindl. Each has a “6-8-10” tattoo, commemorating the date the three agreed to devote themselves to the group (a decision possibly regretted by Trindl when he left under acrimonious circumstances in 2014). The Yousaf sisters have been a de facto duo for the six years since, and their second album, “zer0,” which dropped this January, is an electropop tour de force. Lyrically, no topics or words are off limits, making one wonder how their Pakistani father feels about all this. “It’s like I’m fucking screaming but quietly,” they sing on “Anxiety,” a track that features Arrested Youth. Other guest appearances include Nucleya, Asim Azhar, Alaya and Yung Baby Tate. Krewella just released an acoustic version of “Greenlights” as well as a collaborative single with NERVO called “Goddess” featuring Raja Kumari and are scheduled to perform at Lollapalooza in Sweden this summer.

30
Junius Paul
Young bassist Junius Paul, not yet forty, made a name for himself while playing with Makaya McCraven, Ernest Dawkins, Roscoe Mitchell Quartet and the Art Ensemble of Chicago, but his idiosyncratic style, both musical and sartorial, launched him into the forefront in late 2019, with the release of his debut, “Isms.” Produced by McCraven, the album was recorded over four years, both in clubs and studios, featuring a heady list of guest players, including Isaiah Spencer, Tomeka Reid and McCraven himself, and sweeps over a breathtaking range from free jazz and hip-hop, to tone poems and post-bop. 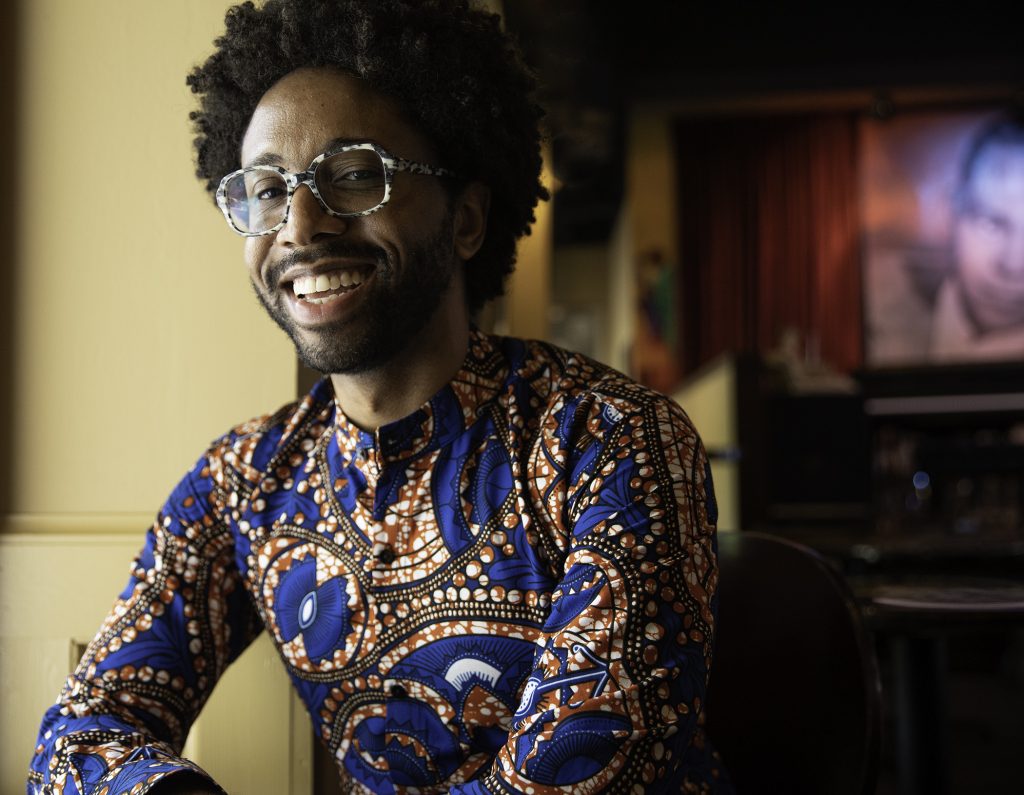 29
Seth Parker Woods
In his student days, cellist and composer Seth Parker Woods studied briefly at Roosevelt University’s College of Performing Arts. In September of last year he returned to the city, burnished by an international reputation, to take up a position at University of Chicago as a Lecturer-Artist in Residence for Cello and Chamber Music. In the months since, he’s performed and curated performances at the Art Institute, Museum of Contemporary Art and Chicago Cultural Center—where, as part of February’s Frequency Festival, he curated a portrait concert of the late composer Julius Eastman. On the other side of the pandemic, he looks forward to bringing to Chicago his newest show, “Translating the Atrocities of Our Past, Composing the Language of Our Future,” a multimedia event which features works by, among other composers, Chicago’s Nathalie Joachim. 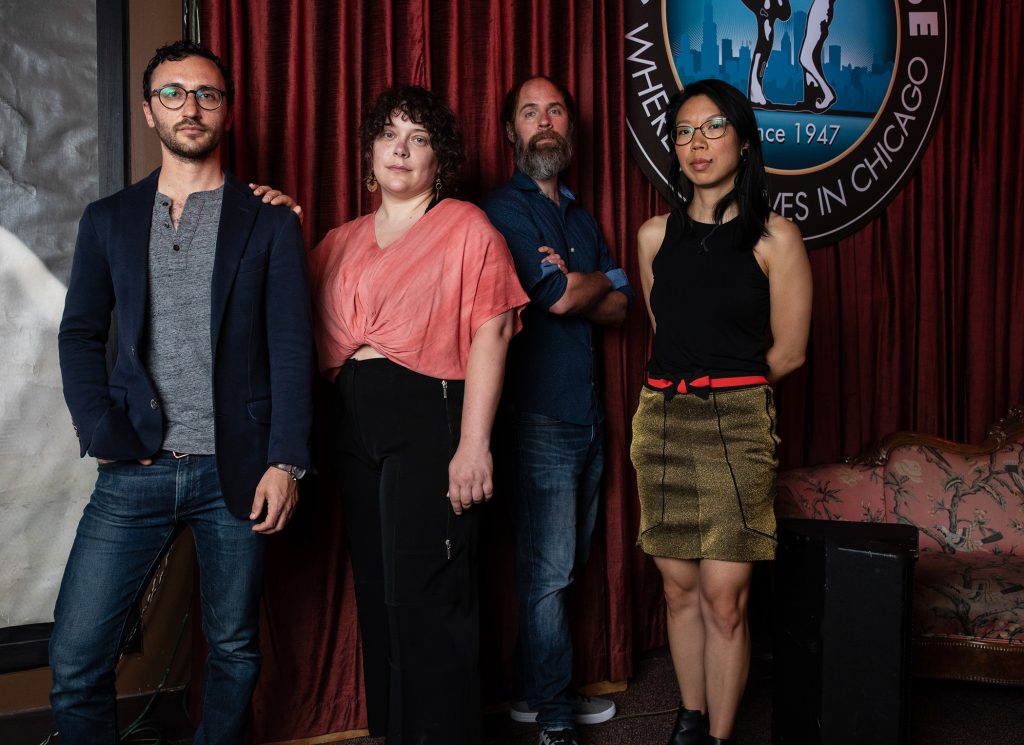 28
Ensemble dal Niente
Founded in 2005, the group’s name (dal niente, “from nothing” in Italian) is a tribute to Helmut Lachenmann’s “Dal niente (Interieur III),” a work that upended traditional conceptions of instrumental technique. It’s also a reference to the group’s humble beginnings, which they have transcended, becoming one of Chicago’s most adventurous proponents of new and experimental music. “In the past few years,” says Eighth Blackbird’s Nicholas Photinos, “this intrepid, boundary-pushing group has been pushing past Chicago and gaining an international reputation.” Its most recent recording is a 2019 album showcasing the work of its harpist, “Ben Melsky / Ensemble dal Niente.”

27
Daniel Knox
In December 2018 the criminally under-recognized singer-songwriter released “Chasescene,” featuring contributions from Jarvis Cocker and Nina Nastasia, and returned from a UK and European tour supporting that record at the beginning of 2020. An EP of what he calls “abstract songs,” “I Had A Wonderful Time,” was released last December and Knox was preparing to go on another transatlantic tour with The Handsome Family to promote it, but that tour has been rescheduled to 2021. “Presently in isolation,” Knox says, “I am writing a very big record” intended for release in time for that tour. His David Lynch obsession continues, evidenced by his first cover album on cassette called “Half Heart: Songs From Twin Peaks,” which dropped in February. As if that wasn’t enough, last month he surprise-dropped an album, “You Are My Friend: The Songs of Mister Rogers.”

26
Mucca Pazza
Everybody’s favorite thirty-piece pomo marching band might once have seemed like a novelty act, with the members wearing vintage high-school band uniforms, but the ensemble has evolved into a singular and wide-ranging musical force, welcome just about anywhere and everywhere. “We played a lot of eclectic gigs in 2019,” says founding cheerleader Sharon Lanza, before ticking off venues like the Harold Washington Library and the Art Institute, events like International Tuba day and SummerDance, a residency at The Hideout where they workshopped new material, a collaboration with the renowned dance company Pilobolus and opening for Weird Al Yankovic at Ravinia. Mucca Pazza was hoping to produce a new album, its fifth, this year, but the pandemic has hit the pause button: social distancing for thirty-odd band members is a nonstarter. “But when it’s finally safe to do that,” Lanza says, “we’re going to have a lot of new songs to put out.” Meantime, online collaborations are being explored for the next few months.