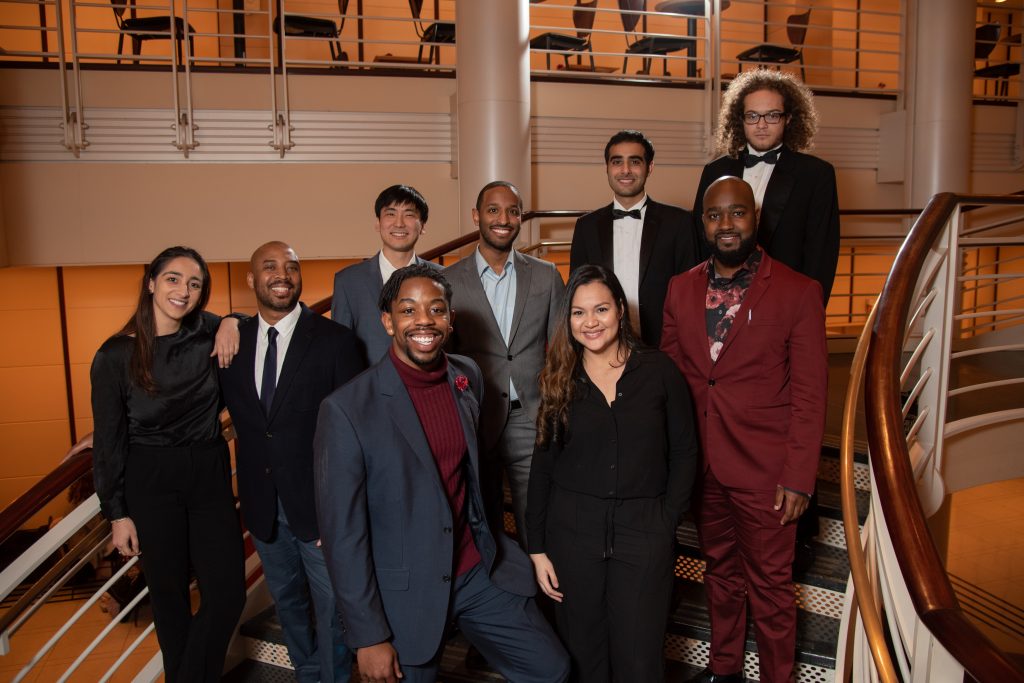 “What does it mean to make art now? When survival is the primary thing on our mind, and then also to do so under circumstances where you can’t make art with people, like in the same room with people, which I think for Black people, culturally has been so, so important in surviving in this country. Being together and making music, from churches to jazz. Being deprived of that at this moment is yet another piece that feels so broken.”

Violinist, violist, writer and thinker Danielle Taylor is not talking about survival figuratively or only in relation to the coronavirus. In a country that routinely murders its citizens for being Black, and too often lets perpetrators get away with it, she is talking about actual survival.

I had contacted Taylor about her role as director of Project Inclusion at the Chicago Sinfonietta to talk about the initiative’s extraordinary work. I had a conundrum on my hands: I had agreed to write the classical music article for Newcity for July but there are no performances to write about and, given our current climate, writing about how classical music groups are reaching audiences virtually felt tone deaf.

As in the wake of the MeToo movement, classical music is having to confront a legacy most organizations would prefer not to talk about—in this case, a long legacy of racial exclusion in nearly every area, from the stage to key administrative and management positions.

It’s this legacy that Project Inclusion hopes to change. “This fellowship exists to make up for the lack of opportunities and all the years that come before,” Taylor says. “Those opportunities look like private lessons but also the privilege of choice, because what money can provide is the choice of saying, okay, this teacher doesn’t work for my child anymore. So we’re going to move to a different teacher who can prepare them at a higher level.

“And there are so many people who come up through very important nonprofit schools, yes; but that does not compare to intensive one-hour lessons where you can choose who’s going to take you to the next level. Then there are festivals which are extremely expensive, and there are people who can’t afford the application fee, let alone a plane ticket to get there.

“We can’t talk about race without also talking about economics, without talking about who has the accumulated wealth in the country. And it has not been Black people and people of color and that leads to exclusion. When there are people not feeling welcomed or encouraged or supported by their institutions and teachers, ultimately that can lead to dropping out, to deciding to take a different career path.

“By the time you get to the people who are actually in the field and have jobs, that’s such a small number of the people who would have worked passionately with all their might to get there.”

Project Inclusion currently has fellowships for string players and conductors, and are adding a composition fellowship this year. The training is intensive and hands-on. The fellows take private lessons and master classes, but perform with the Chicago Sinfonietta as well, an incredible opportunity. They also practice mock auditions and media interviews and master all aspects of being a successful classical musician, on and off stage.

“There’s also the time and the space to talk openly about the challenges that our fellows face navigating the field,” Taylor says, “because it can’t be divorced from race and gender and all of the often-negative ways that we’re perceived. Allowing that space to have those conversations is also important. The power of Project Inclusion comes from building a strong community with all of the fellows and instead of seeing each other as competitors, they see each other as family.”

But Project Inclusion is only one project at one institution. Reaching the goal of changing the face of classical music, it’s going to take all of us. If you use email, you’ve probably been barraged with messages from arts organizations saying they “stand in solidarity” with the protest movements. These are noble sentiments and I don’t doubt the sincerity of organizations sending them out. But you don’t have to look far to see that by not acknowledging the history of exclusion and the pain that it has caused, these messages often do more harm than good. Just by being part of the fabric of a racist society, most institutions are complicit.

“Every single one of these institutions absolutely has enacted harm,” Taylor says. “It’s part of their organizational structure because your organization is not an organization. It is a building filled with people that make decisions, and those people have values and prejudices and all of that. So to me, there’s not a chance that there’s a single organization that hasn’t enacted harm.

“I know people are thinking very carefully and very deeply about the statements about racism. But it’s not clear who they’re speaking to. I think they’re speaking to the general world. So they want them to know that, hey, we see bad things are happening. They’re not speaking to the people who are most harmed. They’re not speaking directly to Black people. Most of the institutions don’t even say ‘Black people,’ it’s vague things like ‘injustice’ and ‘protest.’ Who are you talking to? That’s not for us.”

There’s no easy solution, and classical music is not alone in dealing with a racist legacy. But we in the arts are by and large a sensitive bunch. We can admit that we’ve done harm and have been complicit in doing harm. We can stop pretending that Black people, or any other excluded people, should mistake our feeling bad for real change. Because it isn’t real change. Not while any single person in this country has to wonder if they’ve been excluded from reaching their full potential because of the color of their skin, and certainly not while anyone in this country has to worry about their very survival.

The protests will die down, the pandemic could end. We’ve been given the challenge of reinventing our organizations and we’ve been given plenty of time for self-reflection. What will we do next?