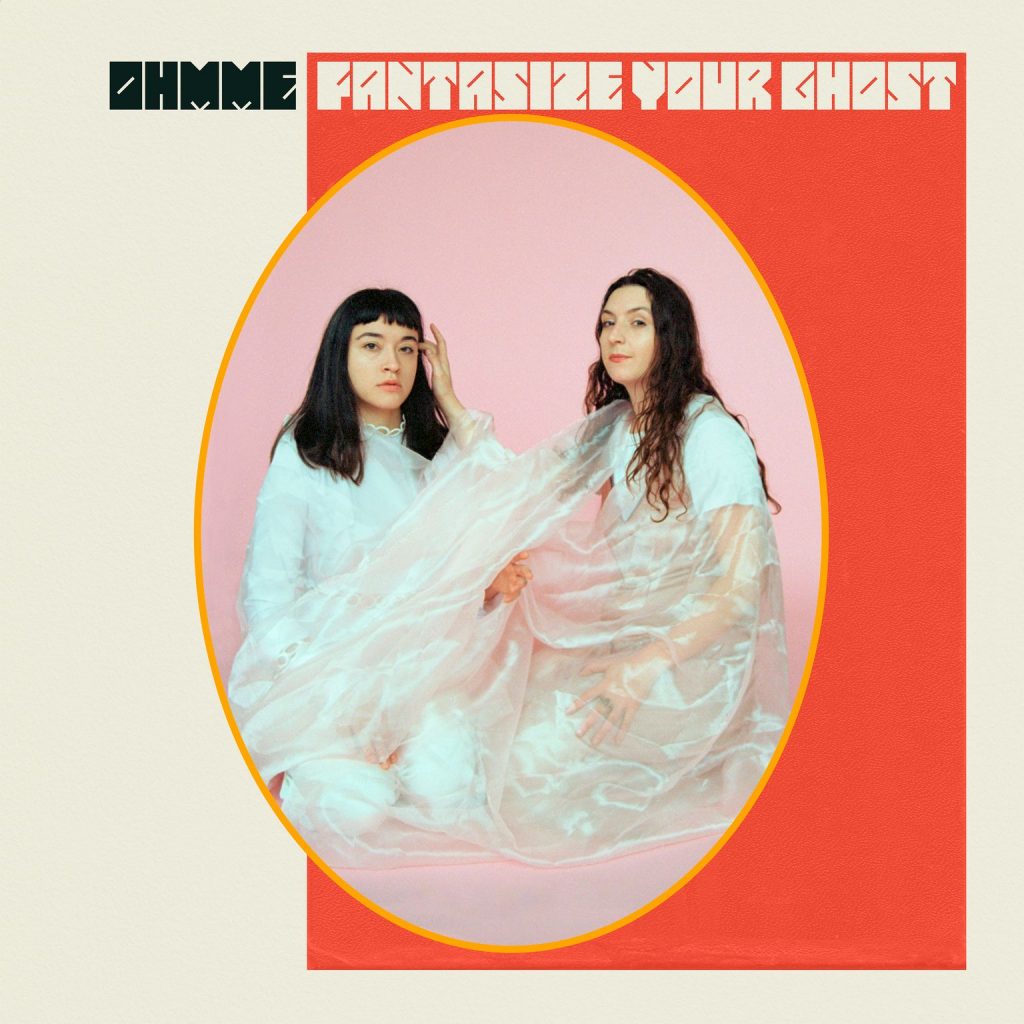 Well, so much for a concept album.

For their anticipated second full-length, Chicago singer-songwriter-guitarists Macie Stewart and Sima Cunningham, along with drummer Matt Carroll, have given us a different kind of sophomore effort. Their first album, 2016’s “Parts,” took the expected line for a debut, giddily exhibiting the duo’s impressive range, energy and ambition. There were expectations (well, I expected it, anyway) that its follow-up, “Fantasize Your Ghost,” would be a more focused and cohesive endeavor.

But “Fantasize Your Ghost” goes its own way. If anything, there’s as much innovation and experimentation as there was on “Parts,” with an even greater sense of reaching beyond limits.

Which isn’t to say there’s no sign of growth here. Both Stewart and Cunningham have matured as songwriters and players: their singing—the uncanny manner in which they braid their voices—has taken on an almost incantatory quality that makes it sound almost liturgical in some settings—often in the most anarchic, feedback-heavy tracks. These women may have gained in intensity and gravitas, but they’re still playful AF.

What especially impresses this time out is the quality of the lyrics, which are superb. “Fantasize Your Ghost” features a range of achingly recognizable human characters, including a child headily embracing forbidden freedoms (“Crossed the big street it’s not lava / The best hot dog guy’s got problems”) and a woman addressing an emotionally abusive lover (“There’s a symphony of dishes I’m crashing for attention / And a manifesto written in the dust I won’t mention”).

But some of the most lyrically challenging tunes are those that evoke more through poetry than particularity. “The Limit,” for instance, is a steady and harmonically irresistible piece that begins, “I reached my limit today / I tried to fly too high / Can’t stomach the thought of it / Although I’ve never tried / I move and move again / You went too slow / You moved a mountain / I tried to go below.” I’m guessing there’s just enough startling generality there for every listener to lock right in. Also, the song’s time signature is 3/4, but the lyrics are written so that the final word or syllable of each phrase is on the 1 instead of the 3, which makes listening to it slightly disorienting. Both lyrically and musically, this is just a dazzlingly sophisticated piece.

Similarly, the album’s opener, “Flood Your Gut,” is both harrowing and languid on lines like “Easy candy, sinister and sweet / Caught you hiding in your sheets / Have you found your stomach or your spine? / When I leave they’ll eat you alive”—then bounces into a swooping, fourths-vaulting refrain of “Your whole vision’s not enough.”

Throughout the album, Ohmme steers a course—sometimes narrow, sometimes widely veering—between lavish pop gorgeousness and experimental sonic brashness. Then in the final two cuts, those paths finally and starkly diverge, and we get a pair of tracks that really do showcase Ohmme’s nosebleed-inducing range. “Sturgeon Moon” is an improvised electronic jam that features instrumental howls, groans and chirps in place of any actual vocals. It’s followed by “After All,” such a perfectly constructed, breezily seductive old-school pop ballad (the staccato guitar licks alone are ravishing) that it could’ve been a hit for Dusty Springfield.

So yeah, not a concept album. Unless the concept is a kaleidoscope. “Fantasize Your Ghost” is one to get lost in.