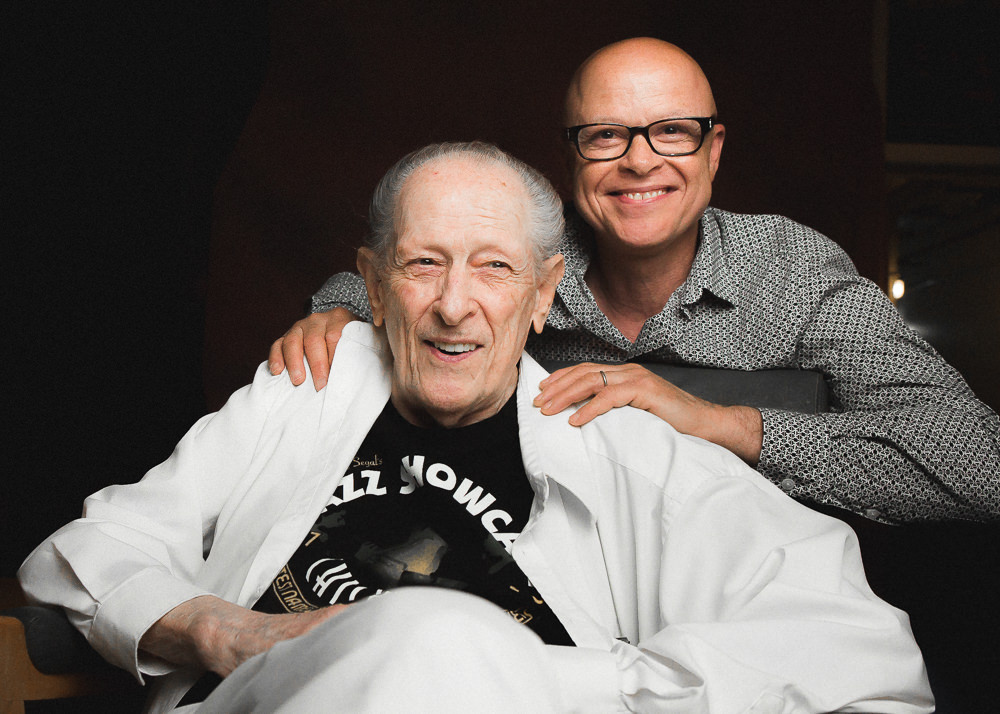 “It is with the heaviest of hearts that we say goodbye to our own Joe Segal today,” the Jazz Showcase wrote August 10 of its founder in a social media post. “Rest In Peace, Joe. We’ll keep the music swinging for you.” Segal was ninety-four.

“Today my heart is sadden[ed] and broken in two!” posted Segal’s son and Jazz Showcase owner Wayne Segal. “I just lost my best friend and teacher! We had the kind of relationship that gave us love, trust and a wonderful life together in family and music! I am blessed my dear father and may you rest in bebop heaven!”
Celebrating its seventy-third anniversary this year, the Jazz Showcase uses Joe Segal’s initials for its moniker. The progressive music that was then pejoratively referred to as “bebop” was just coming into being; Segal, an avid advocate, made the Jazz Showcase the Temple of Bebop.

In those last days of swing clubs, where jazz was still a soundtrack for dancing, what distinguished the Showcase from the get-go was that it was a hardcore listening room “where the heavies are” and where no musical holds were barred. It is the longest-running jazz establishment in the city’s colorful jazz history.

Segal was born on April 24, 1926 in Philadelphia, where his lifelong love affair with music began. “I was an only child,” Segal told me in 1991, “so most of my companions were books, though my special companion was the radio.” Saturdays were spent listening to the “Live From the Met” afternoon opera broadcasts, followed by live remotes of bands from all over the country into the wee hours.

By the time Segal was twelve, he was regularly going to the Earl Theatre to hear live music. “A buddy and I would take a lunch and go sit down in the first row at ten o’clock in the morning,” said Segal. “You’d see the movie once and the screen would rise up after it ended and through the opaque curtain you’d see the lights of the bandstands and the guys would be tuning up. Then you’d hear, ‘Ladies and gentlemen, Artie Shaw and his Orchestra.’ Artie’s theme song would sound, and the curtain would rise. It was exciting, believe me. Nothing like it. Every week there was a new band.”

Although Segal’s mother played piano by ear, there was no piano in their basement apartment. “I wanted to take drum lessons,” Segal recalled, “but my mother reneged at the last minute because she thought it would break our lease.” Instead, enamored with the trombone stars of the day, Segal took a year of trombone lessons, but admits he “never really learned one note from the other.” 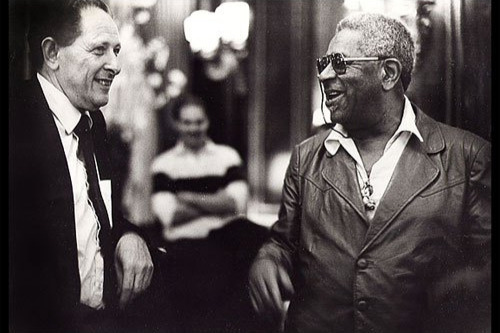 “Everybody in the field of jazz,” Segal declared, “whether a record producer, deejay or club owner, is really a frustrated musician because if they could play, they’d play. If I could play, I’d be up on the stage instead of at the door.”

Drafted in 1944, he was stationed at Chanute Field near Champaign. Hanging out with bands on the post during the week, Segal would hitchhike from Chanute to the Illinois Central Railroad line to check out downtown Chicago and its then-thriving jazz club scene on weekend passes. After the gigs, the musicians would gather at Toffenetti, an all-night restaurant on the south side of Randolph Street. “I started hanging out there with my eyes and ears open,” Segal remembered,  “and my mouth hanging open listening to all the tales.”

After the war, Segal used the GI Bill to attend Roosevelt University, attracted by its “non-quota system which made most of its student body Black or Jewish.” Segal became part of an experiment where he went to live with a South Side Black family, while a Black student went to live with a North Side white family.

Segal became involved with the first jazz club at Roosevelt while writing a jazz column for The Torch, Roosevelt’s student newspaper. “It was, ‘C’mon all you hipsters, dig this, dig that,’ real jive talk,” he laughed. “We used to have dances on Friday afternoons but the music was so interesting that we started to put out seats so people started to listen instead of dance.” These “jam sessions,” as they became known, became more elaborate and more popular, Segal convincing some of his South Side and club contacts to join in.

“I didn’t really set out to be a presenter,” Segal admitted, “but I’d be having these sessions, and someone who had a social club or a fraternity would say, ‘Hey, these guys are pretty good: can you get them for our dance?’ ‘Sure.’”

Additional Segal-produced jam sessions followed on Saturday afternoons for Seymour’s Record Shop, the Wabash store behind Roosevelt that was the predecessor to the Jazz Record Mart. Segal would also work as a host at the Beehive in Hyde Park where he first met Lester Young, Bud Powell and the musician who changed his life: Charlie Parker.

“The first Parker I ever heard was a recording coming out of somebody’s window,” Segal recalled. “I couldn’t figure it out: I thought the way he was playing was backwards. It was only much later that the light went on. He was one of the first to cross bar-lines, to invert chord patterns, to take a melody and play above it, creating new melodies on it. Charlie Parker was the epitome of the bebop movement, the guy who put it all together. You had Thelonious Monk, Dizzy, Charlie Christian, all of whom were doing parts of it, but Bird was the amalgamation of the movement, the zenith.

“I would be in the Pershing Ballroom with two thousand people jammed up to the stage, and he’d play some intricate figure and everybody in the place would turn around and say, ‘Did you hear that?’ You may not believe this, but he’d start a tune at one point and build an ellipse and hit it all at the end and bring it all together. In other words, he was playing a bottom line across a top line, while implying a middle line, like a fugue. Remember, you can only play a single note at a time on a horn, it’s not like the piano or a stringed instrument where you can play multiple notes at the same time. But he could juggle the notes so quick and precisely that he could imply that you were hearing a barrage of notes at the same time, and they were all perfect. Those were the days when musicians would either go home and practice their heads off, or most would put their horns away in their cases and become lawyers.”

Segal was reportedly listening to Charlie Parker when he passed away peacefully Monday afternoon at home.

“August is Charlie Parker Month” has been a Jazz Showcase mantra since 1955, the year Parker passed, sixty-five years ago. That tradition—so sacred to Segal—continues as the ideal memorial to a master impresario. August was originally chosen by Segal because Parker’s birthday falls on August 29. This year is Charlie Parker’s centennial and the celebration is in full swing, albeit with masks required and social distancing.

What a legendary person he was/is. His imprint on the Chicago music/jazz/arts scene will last for decades to come.