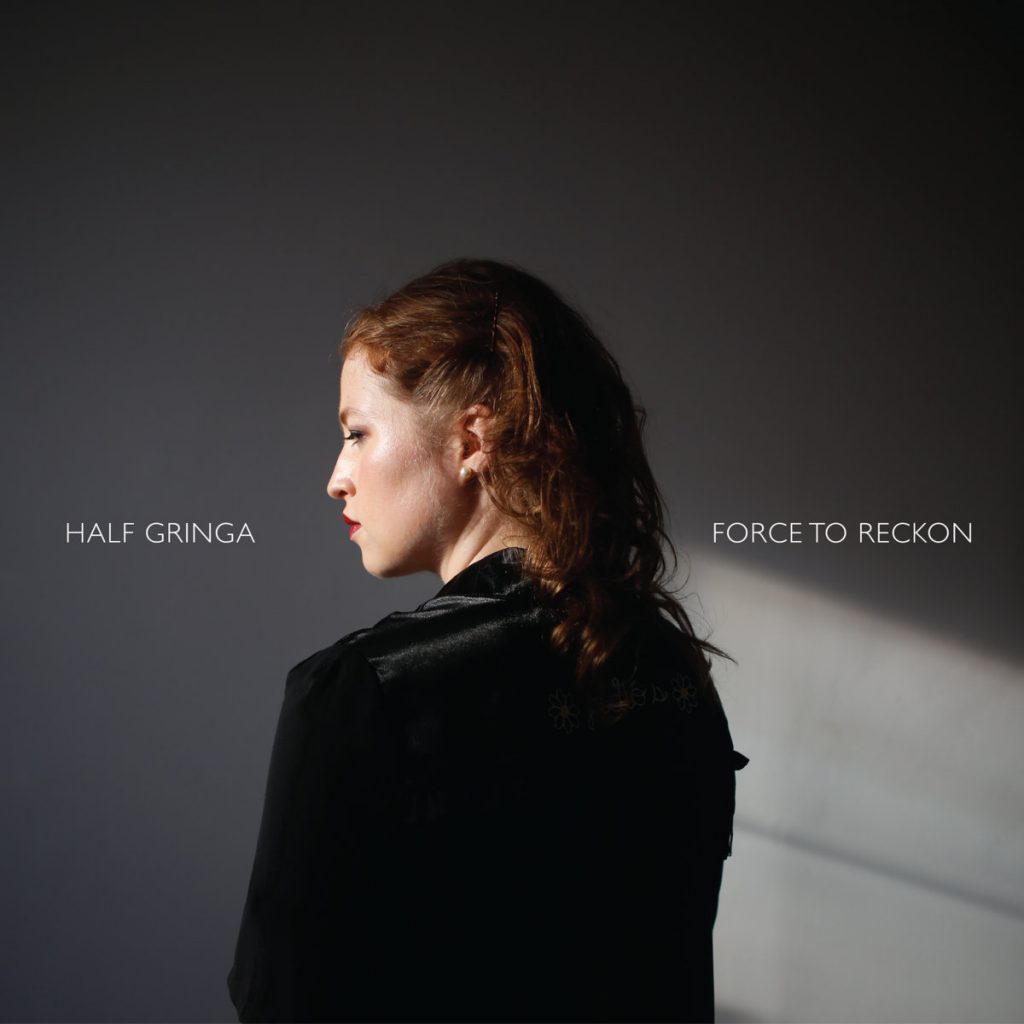 Chicago singer-songwriter Isabel Olive has planted her flag solidly on the city’s indie scene. As reviews have pointed out, she’s a gifted composer and singer, and her stripped-down sound honors the grunge and alt-country she grew up with as well as her half-Venezuelan heritage (hence her project’s name). The Latinx elements are limited to flourishes, sudden blossoming of melodic sumptuousness, in the midst of plangent passages, but they’re there and they’re lovely.

So yeah, I like Half Gringa, and I’m right there behind everyone else who’s said the same. But for the love of God—why has no one yet mentioned this woman’s prowess as a lyricist? It’s certainly the most stunning aspect of her second album, “Force to Reckon,” which over the course of nine tracks explores a downbeat emotional landscape, including regret, apologies, misunderstanding and grief. It’s a cathartic ride.

But the sustained brilliance of the lyrics is just flat-out exhilarating. Olive was a poetry major at the University of Chicago so she’s got both the instinct and the institutional finesse to produce reams of verse that are almost literally dazzling—she’s strewing diamonds in every line.

She delivers couplet after couplet of startling imagery; like this, from “Binary Star”: “The bar’s warm and I’m easy to converse with and denial runs its long hands / Through my fine hair with a final, fatal smile.” But she’ll often weave in some internal rhymes and resonances that can just knock you right out of your chair—like this one, from the same tune: “My heart grew heavy and sweetIy linger, singing, longing / Singer strong and steady, stinger at the ready.” Followed soon by “Apologies, I didn’t plan this rigid orbit / Vicious gorgeous, I am reeling.”

When she’s at full strength, the combination of emotional connection, ingenious imagery and uncanny internal rhymes work together to create a kind of lyrical slam-dunk—as in this passage from “Transitive Property.”

There’s a peculiar frisson to writing a music review that’s primarily about words; but ever since Cole Porter wrote “Flying so high with some guy in the sky / Is my idea of nothing to do,” there’s been a tradition of songwriters reaching as exalted a plane with their lyrics as with their melodies. Having been at this music-critic game for quite a few years, I’ve come to recognize immediately the almost-electric feeling of discovery when from out of nowhere, someone emerges who launches herself right into Joni Mitchell-Leonard Cohen territory. As Olive does, once again, in “Afraid of Horses”:

But so as not to stint the sonic for the lyric, let me add a shout-out to Half Gringa’s outstanding bandmates, who include Nathan Bojko on drums, Sam Cantor on guitar, Andres Fonseca on bass and Lucy Little on violin (with some winning solos from Lucy), as well as to guest players Ivan Pyzow on trumpet and Gia Margaret on piano. (Margaret provides some hair-raisingly lovely harmonies on a few of the tunes.)

In the final run this album remains chiefly a poetic triumph, so I’ll give the last word to the songwriter herself—this being my favorite passage on the album. It’s from the title tune.

Maybe this will leave another scar
Maybe time passes differently where you are
When I sleep I dream of only things I could know
No prophecy, just fields of faded paper snow
The horizon line feels tilted sometimes
But I’ve never learned without a curve