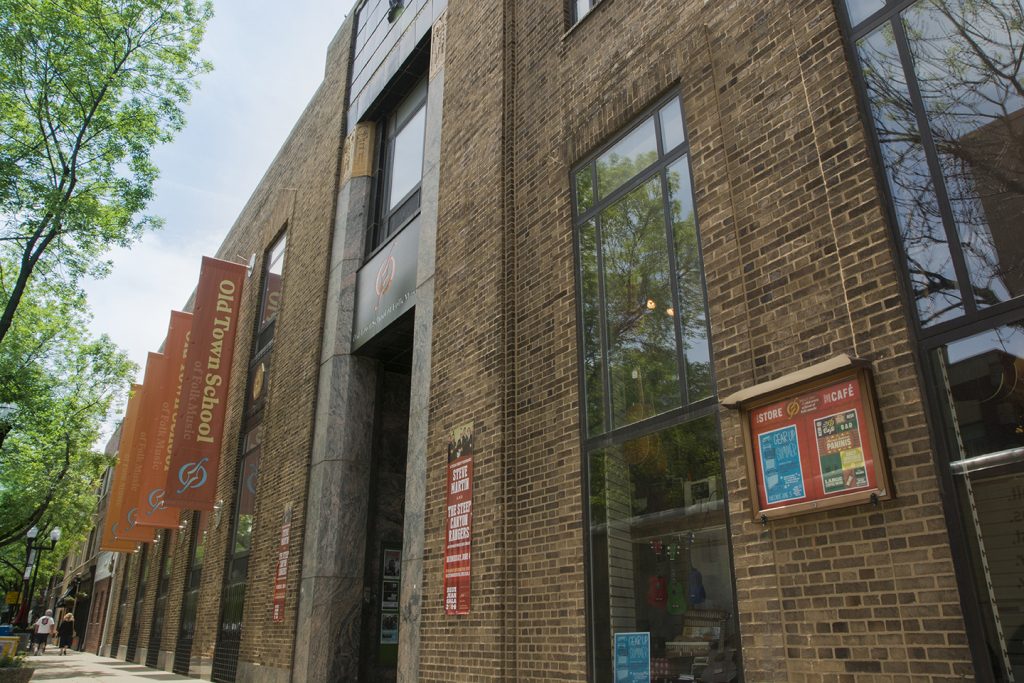 The middle of September marks six months since Chicago’s COVID-19 lockdown, so it’s a good time to take stock of the city’s music community. Old Town School of Folk Music offers arguably the best microcosmic view of that community’s health in that it’s one of our principal performance venues as well as one of our most acclaimed educational facilities. Whether you’re a concertgoer or a student—or for that matter a performer or a teacher—you can take the barometer of the times from OTS.

I spoke with the school’s CEO Jim Newcomb, who has a long history with the institution. “I first became engaged with Old Town when I was in my early twenties, and I would go to the music store to buy strings,” he says. “And then as I moved into the corporate world and traveled more, I occasionally made it over to Old Town; I’d take an occasional workshop, and I took my kids to Wiggleworms. And I later became a pretty regular concertgoer, and then eventually a board member and a student again. I love everything about the community that is Old Town.” 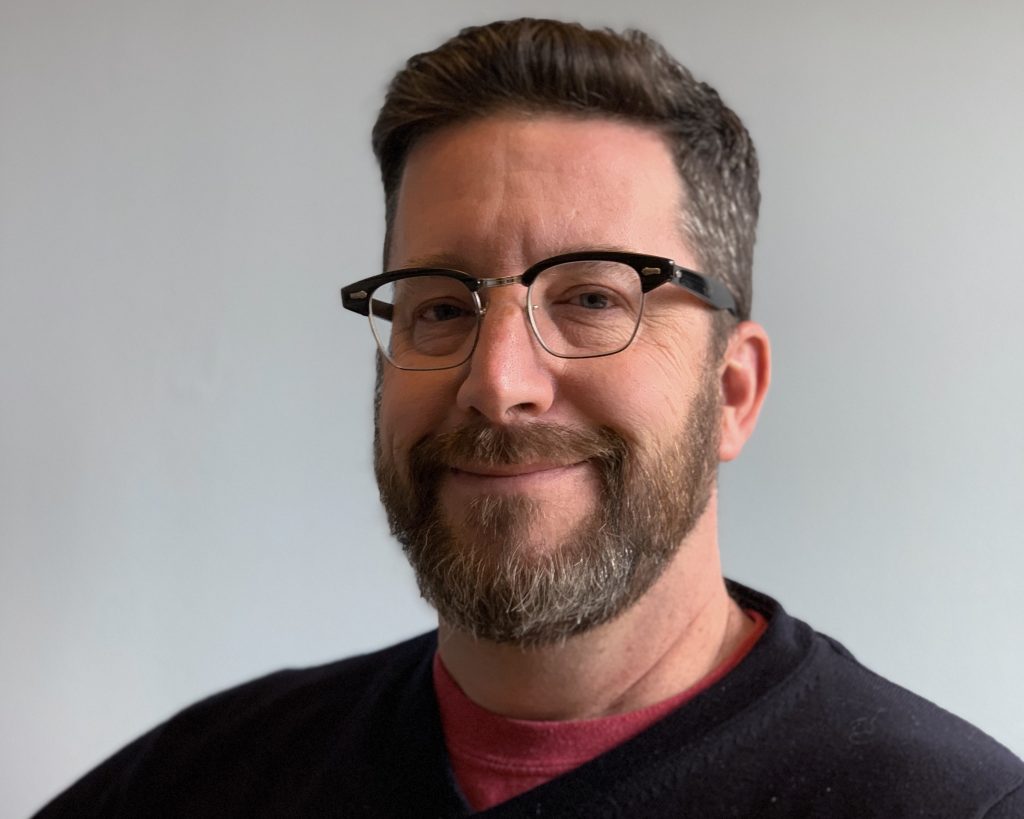 Newcomb was appointed CEO in February 2019. “I had three big jobs to do initially: one was reexamine the decision around 909 [Armitage], which we did; and once we decided we were going to keep it, work with the board to get to a plan where we could refurbish that building, so that it would be up to the standards of Lincoln Square. So we did that. We turned around finances, we went from like a $700,000 loss to a slight surplus, and the first two months of 2020, we were trending ahead of plan in every part of the business. The music store was growing like crazy, we’d taken on a partnership with Columbia College to do an Old Town School in the South Loop at 1312 South Michigan, and it was really feeling like the momentum was great. Things were going in the right direction. And then COVID. And so that has been hugely disruptive to every part of the organization.”

On March 13, the school announced it was shutting down. “We thought it would take two weeks,” Newcomb says with a laugh. What followed was, in his words, “kind of miraculous… A bunch of teachers who were online-savvy, even before the school was ready to figure out how we were going to do it, started teaching their individual classes online, started running their private lessons online. And they let us know that they were doing it and how they were doing it, and which platforms they were using.”

The result was the school transferring much of its curriculum to the web. Many students were initially dubious. “They didn’t want to go online. The Old Town experience was one-on-one, very personal, a community thing.” Newcomb credits the professionalism of the teachers for the move’s success. “They were able to maintain that sense of community in that first half-session that we had online; and by the time we got to the second session, the word-of-mouth was so positive on it—we really hadn’t done much marketing at that point—that fully five percent of the students we were teaching in session three were from out of the Chicago area. This current session that we’re in now, it’s thirteen percent.” The new session also, tellingly, includes students from well beyond the Chicago area—including, Newcomb says, students as far afield as London and Rome. 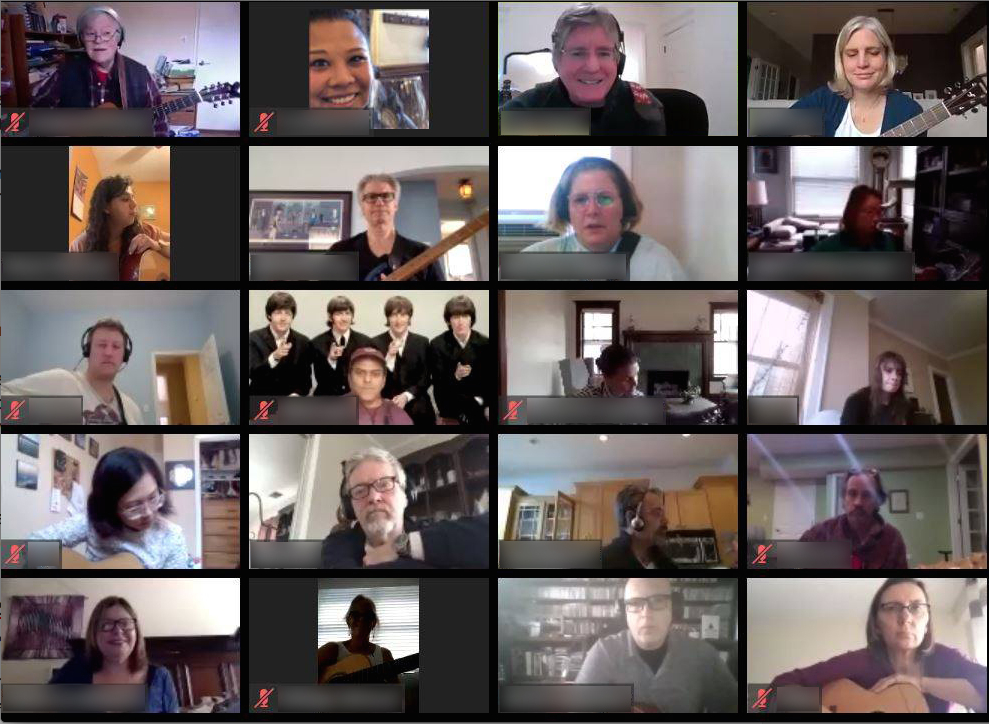 “It’s weirdly intimate—the whole online experience,” he says. “There are problems with it, for sure; latency is an issue if you’re trying to play together with other people, and there’s just no cure for it at the moment. But the benefit is some people, you see them sitting in their basement with their little collection of guitars, or in their office—some people sit in their bedroom or in their living room; one person always sits in their kitchen, ’cause that’s where they think they sound the best. And you see their family walking around or their cat walking over the keyboard. And it helps me—I’m actually fairly introverted; so for me, I find that it’s freeing, in a weird way to be online.

“I get emails from students all the time saying it’s their lifeline. ‘I would’ve gone crazy during the crisis without this.’ And other students saying, ‘Promise me, whatever you do, when you guys go back to in-person, you’ll still have a place for people like me.’” And in fact Newcomb plans to continue online classes after the crisis has ended and on-location instruction can resume.

While all of this was unfolding, OTS experienced similar tumult in its capacity as a performance venue. “I think we had one of the last concerts in the city,” Newcomb says; “The Tallest Man On Earth (March 11, Maurer Hall). I happened to be there, it was a beautiful night; but among everyone in the room, there was a growing sense that this was going to be it for a while. And concerts is how I spend my free time—whenever I have it. I love live music.” The ensuing weeks found the school working to exhaustion to reschedule more than 200 shows.

When it became apparent that the live-music hiatus was going to be longer than anyone anticipated, Newcomb and the board shifted their focus to providing shows any way they can. “We’re in this mode of trying to figure out how to get good at live-streaming. The critical thing for Old Town has always been how good Maurer Hall sounds. I don’t think there’s a comparable venue in the city in terms of sound quality. And the problem we’ve had is that we never thought about streaming before—we just didn’t think we could make the investment, we didn’t think that people would necessarily want it, there’s already so much out there.” Troy Hansbrough, the school’s concerts and events director, began talking to other venues across the country about what sort of equipment and tech they used, with the aim of bringing it into Maurer Hall.

“We’ve done [livestreams] from a faculty member’s house; that was a fundraiser,” Newcomb says. “We did another one with the Kennedy Center, which was from Maurer Hall, and we did two others from Maurer Hall, one with the ACM [Access Contemporary Music] and one with one of our teachers, Michael J. Miles. And each time we do it, we get better.” The implication is that live-streamed concerts will remain on the school’s agenda, even as it opens up to live on-site performances this month.

The school has also devoted considerable attention to the needs of its faculty and staff, many of whom are working musicians who have suffered a dramatic loss of income in the shutdown; a financial assistance fund raised almost $75,000. But that’s just scratching the surface. “Old Town is one of the very, very few places that provides some segment of its teachers’ health insurance,” Newcomb says. “And another thing we didn’t expect is our insurance broker and our HR director have had to go to the insurance companies every month to make sure we can keep people on the rolls who aren’t able to work.

“There’s just a lot to be done,” he says. “And not all of it is easy. [laughs] It’s pretty witheringly complex. But at the same time—walking into the building, west or east or at Armitage or even the South Loop—is nourishing. Whatever problems arise, I know that if we continue on the path that we were starting to spell out, that three to five years, even with this setback, the Old Town School will be in a vastly better place than it was before.”