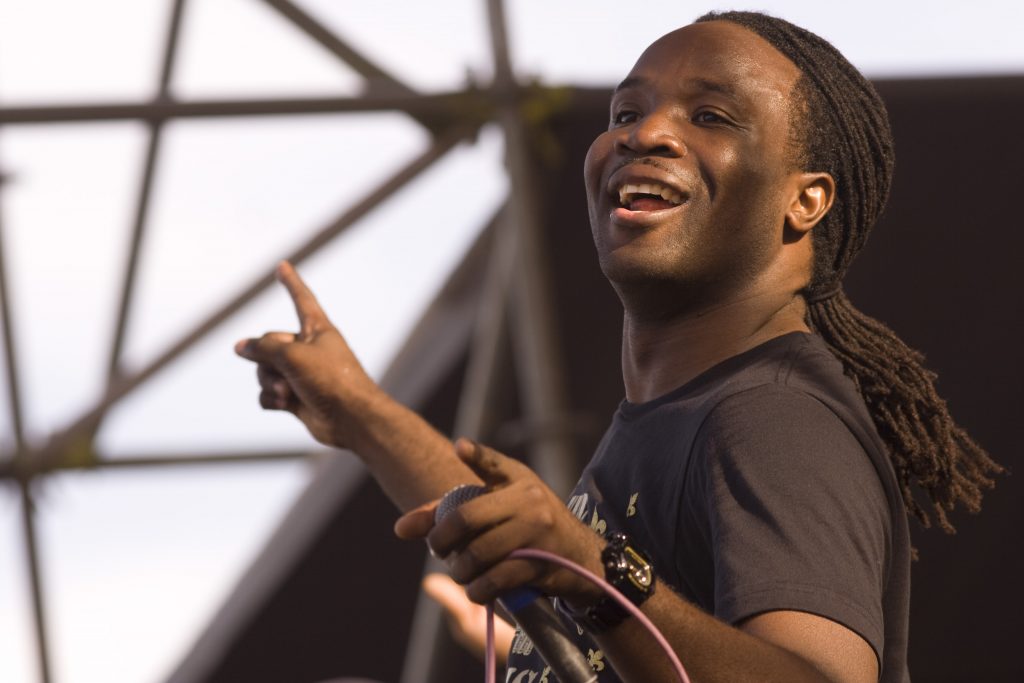 Live music trickles back into Chicago this autumn. Here are three acts worth breaking self-isolation for.

Shamarr Allen & The Underdawgs, Evanston SPACE, October 7
The progenitors of self-describedl “hip-rock,” Allen & the ‘Dawgs aren’t letting that label define them. Beyond fusing hip-hop and rock ’n’ roll, they rope in a little jazz or Latin, or anything else as the spirit moves them. Allen, a trumpeter, is a high-profile sideman and touring musician who’s shared the stage with a dizzying roster of A-listers. But as a frontman he comes into his own; he’s an electric presence, taking ownership of the stage like a panther, working the crowd with his charisma and energy, wailing tunes and busting rhymes. The band he’s gathered to back him is, as you’d expect, top-flight.

Velvet Caravan, Thalia Hall, October 15
Like many combination genres, gypsy jazz flourishes on the margins of the music scene—attracting just enough enthusiastic followers to keep going, but never quite enough to push through to the mainstream. The first virtuoso to become a household name was Django Reinhardt, and that was a loooong time ago. But Velvet Caravan  pushes ever closer to the cultural front burner; possibly because the Savannah-based quintet mixes an intoxicating brew of honky-tonk, swing and Latin into its repertoire (‘like a gumbo,” says keyboardist Jared Hall). Whatever the cause, their fleetness, vivacity, wit and sheer musicality make for an exhilarating night of music.

Wavves, Schubas, November 5
Given that we’ve all collectively missed an entire summer, there might be a therapeutic reason to see guitarist Nathan Williams’ pop-punk outfit when it hits town to celebrate the tenth anniversary of its cult-hit album, “King of the Beach.” There’s enough stoner irony and garage-band noise beneath the shiny, sun-soaked surface to make us feel both restored and revenged for the viral blight of 2020. Wavves hasn’t dropped an album since 2017, so its set is pretty much guaranteed to be a nostalgia fest. And yeah, given what we’ve all been through, anything prior to 2019 now definitely qualifies as nostalgia.