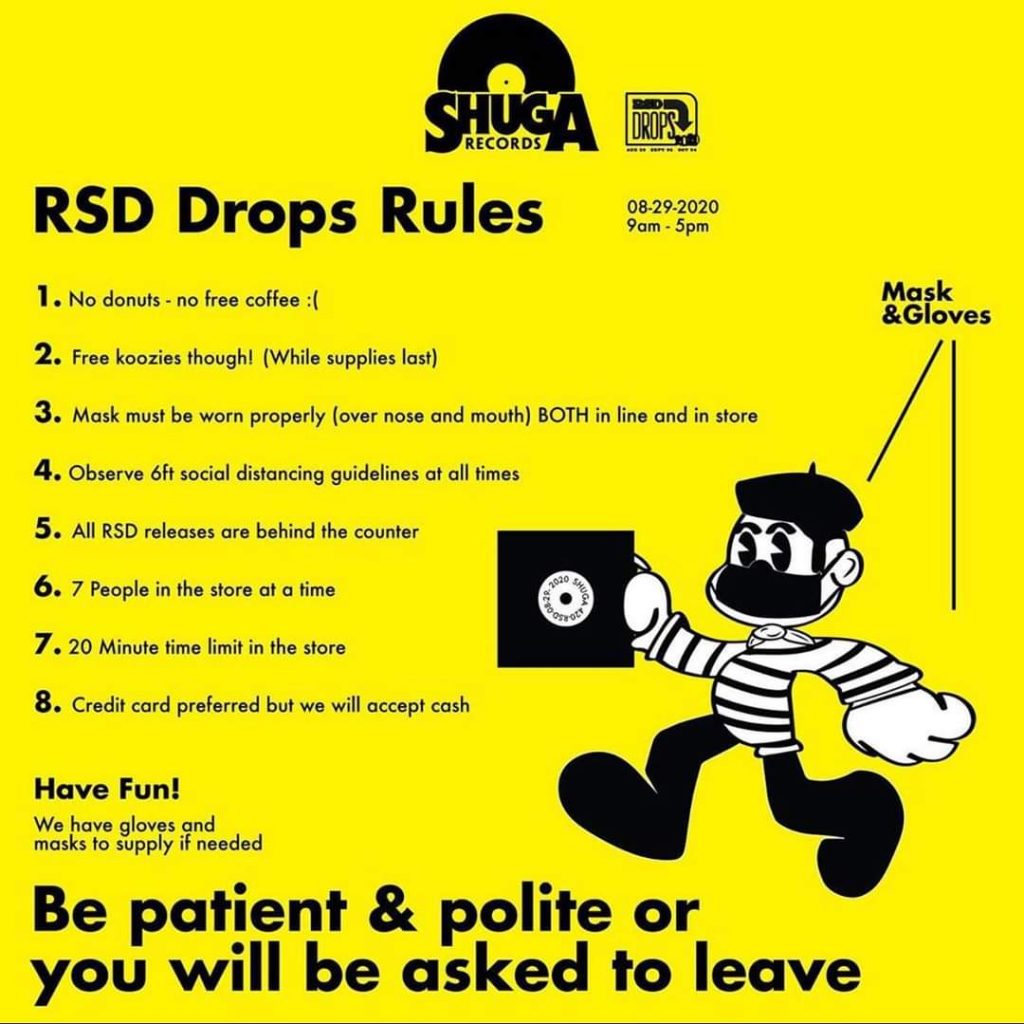 Seven months into the pandemic and with no sign of a vaccine, it’s looking like the disruptions we’ve endured to our favorite annual events might not be a 2020 exception. Take Record Store Day.

Record Store Day is like Christmas in April. The promise of exclusive vinyl lures me out of bed and into the early-spring chill each year. Despite waking up too early and waiting in line for hours in the cold, it’s a tradition I look forward to. It’s a celebration of independent record stores, vinyl and people who love music. Not only do you walk away with new vinyl, you get to nerd out with other enthusiasts and support local businesses. But this year, of course, was different.

I’ve tried to avoid large groups of people. When the drop dates were announced, I was unsure whether I wanted to venture out. I considered going virtual, but after three months stuck at home, I needed to get out. Unable to visit my family, see friends or go to the office, I was desperate for some sense of normal. So I got up early and dragged myself to the record store. As always, I was groggy, cold, and half-asleep when I lined up. And it felt good. I was out with other people again and shopping at my favorite store, something I hadn’t experienced in months. I felt like a regular person again. But as I walked away with my prized vinyl, I was torn. The event left me unfulfilled, yet it was also my most pleasant Record Store Day experience.

Record Store Day makes me anxious. As soon as the list is posted, I panic. Can I get the records I want? How many people want the same thing? Will scalpers buy them all? I spend weeks before the event preparing: picking what store to go, deciding how early to wake up, and what to do if everything is sold out. And no matter how early I line up, that nervous pit in my stomach remains until I get my records. Yet, this year I was calm. I didn’t worry about flippers or records selling out. For once, I could relax and be in the moment.

The smaller turnout made everything smoother. The line moved faster, people remained patient and followed social-distancing rules. The store ensured safety by providing hand sanitizer and gloves and reducing the number of people inside. We even got an additional twenty minutes to browse around, which is unheard of. Typically, each aisle is filled with people, making it impossible to look around. While flipping through new releases, I realized how much I missed this. I missed feeling the weight of the vinyl, feeling the sleeve and rifling through dusty bins. It’s a comfort online shopping can’t provide. Why was I walking away from the event feeling shortchanged?

Record Store Day is supposed to be a celebration. It’s an all-day party where people get to hang out with other enthusiasts and support their favorite stores. Shops engage with the community through events like in-store performances, movie screenings and DJ sets that make the day more special. But COVID sucked the life out of it. Gone was the sense of camaraderie and excitement. The line usually buzzing with strangers chit-chatting was eerily quiet. Most people kept to themselves and tapped on their phones. There were no cheers when the clerks signaled ten minutes to go. And when doors finally opened, people seemed exhausted, ready to get it over with.

Spreading the event across three months also dampened the celebratory mood. While people seemed enthusiastic about the first drop date, the second one received little fanfare. It’s easy to forget the third drop date entirely. Having it broken up makes it feel standard. It’s like when you realize why Christmas every day is a bad idea; it’s not as special or meaningful. The precautions were necessary; they allowed Record Store Day to happen in the first place. But they also made for a less satisfying experience.

Despite the weirdness of the event, in the end I managed to be happy. With all my 2020 plans canceled, Record Store Day brought some much-needed normalcy to this crazy year. It also felt more significant. The virus has put local businesses at risk; many have been forced to shut their doors. Record stores needed our help more than ever. It was great to be able to support these stores and keep up the tradition.

Let’s just hope we beat the odds, and can celebrate the next Record Store Day the way we’re meant to: with anxiety, competition, crushing crowds… and community.