Nineties Boom
With the turn of the decade, alternative music was on the rise and industrial reached the mainstream. Ministry’s fifth album, “Psalm 69,” peaked at twenty-seven on the Billboard charts; Nine Inch Nails received its first Grammy for “Wish;” and videos by Skinny Puppy and KMFDM got heavy MTV airplay. Industrial was worldwide with more countries fostering a scene, but Chicago continued to produce many of the genre’s most prolific bands, including Pigface.

Akin to a collection of sounds, the record captures their anything-goes attitude with its use of loops, intense drumming and random vocals for an eclectic and chaotic sound. The band’s experimental ethos was emphasized by its ever-changing lineup. Operating on a revolving-door policy, Pigface’s roster held a who’s-who of industrial, including Trent Reznor, Ministry’s Paul Barker, Steve Albini, Pixies’ Black Francis, Thrill Kill Kult’s Groovie Mann and Buzz McCoy, Sister Machine Gun’s Chris Randall and Lydia Lunch.

After the first tour, Rieflin left the band to work with KMFDM and Swans, as well as his own music until his death in 2020. Pigface released five more albums, including “Fook” (1992) and “Notes from Thee Underground” (1994), each featuring a fresh group of collaborators. Pigface released its final album, “6,” in 2009, before a seven-year hiatus. Meanwhile, Atkins formed multiple side projects, including Murder Inc., The Damage Manual, Ritalin and The Love Interest before reviving the band for two hometown performances in 2016.

Pigface re-formed in 2019 for its first tour in fourteen years. The thirteen-date run included the return of collaborators including Mary Byker, Lesley Rankine and Curse Mackey, and featured additions like Lamb of God’s Randy Blythe and bassist and singer Greta Brinkman, showing the band’s influence outside of industrial. A larger nationwide tour was planned for 2020, but was scrapped because of the pandemic.

Pigface broke the confines of industrial and played by its own rules. Although the band has industrial roots, its music explored the realms of hip hop, psychedelic, rock, slam poetry, punk and metal. It created a distinct sound that even they couldn’t duplicate. Not being limited by one sound made Pigface one of the scene’s most exciting groupings.

Sweet Soul Sister
During industrial’s rise in the nineties, the Wax Trax! label was on its last legs. Contractual issues and money mismanagement led it to declare bankruptcy in 1992. Even after their acquisition by TVT, the label struggled to stay afloat. To make matters worse, its most popular artists moved on to major labels and took their back catalogs. Sister Machine Gun emerged as one of the label’s last prominent acts.

Chris Randall and Guilherme Machado formed Sister Machine Gun in 1990 while living in New York. After touring with KMFDM, Randall relocated the band to Chicago, splitting his time between working in the Wax Trax! mailroom and recording demos with Die Warzau. While mixing the demo, KMFDM’s Sascha Konietzko handed it to Wax Trax! co-founder Jim Nash, who fell in love with it and signed Sister Machine Gun.

After a lineup change, with the departure of Machado and the recruitment of Steve Stoll and Tom Gaul, the band released its debut album, “Sins of the Flesh,” in 1992. The album was standard industrial, mixing abrasive synth with pop melodies. The band moved away from the sound on its second album, “The Torture Technique” (1994). Another iteration of the band formed with Gaul out and Greg Lucas and Scott Churilla in. After joining KMFDM and Chemlab on tour, Chris Kelly, who had joined after the release of the first album, left the band.

Sister Machine Gun released its third album, “Burn,” in 1995, primarily a project spearheaded by Randall. Its shift away from the synth and bass-heavy industrial sound that permeated its first releases marked new territory as it focused on blues and psychedelic influences. It was the band’s most successful album, and its title track became a hit after its inclusion on the “Mortal Kombat” soundtrack.

Although they were a Wax Trax! staple, the band left the label after 1997’s “Metropolis.” Randall continued to release music under Sister Machine Gun via his own Positron! Records, which he founded with his wife in 1998. They evolved sonically and internally with more lineup changes on the subsequent albums “[R]evolution” (1999) and “6.0” (2000). After its seventh record, “Influence,” Sister Machine Gun disbanded in 2007.

Randall embarked on a solo career and formed side projects Scanalyzer and Micronaut. He surprised fans when he re-formed Sister Machine Gun in 2014. They released what is their final EP to date, “The Future Unformed,” the following year. Randall has since stepped away from the spotlight, shifting his attention to his software company Audio Damage.

Industrial Invades the Mainstream
By the mid-nineties, industrial had reached its peak. The success of Nine Inch Nails’ “The Downward Spiral” sparked a frenzy among labels desperate to find their own Trent Reznor. Bands like Marilyn Manson and White Zombie used industrial elements to their advantage and quickly became MTV favorites. As mainstream industrial neared its bursting point, the underground scene continued to grow with promising acts, like Acumen Nation.

Brothers Jason and Ethan Novak formed Acumen Nation, née Acumen, in 1988 while attending DePaul University. With the addition of Greg Lopez, the group recorded several demos before self-releasing “Transmissions from Eville” in 1994 under the imprint Robot Records. Guitarist-engineer Jamie Duffy joined the live lineup later that year and would become a permanent member. The band’s raw, mean sound caught the attention of Fifth Colvmn Records, which gave them a deal and re-released “Transmissions from Eville” in 1995.

Their second album, “Territory = Universe,” released the following year, was the final album as Acumen. Forced to change their name after a lawsuit with a preexisting prog rock band, they redubbed themselves Acumen Nation. Moving away from their heavy, intense sound, “More Human Heart” (1997) emphasized more melody with songs with infectious hooks and groove-centric beats.

Around this time, Jason Novak and Duffy launched drum-and-bass side project DJ? Acucrack. In 2000 they founded CrackNation Records, which released future Acumen Nation albums. With more attention given to the side project, Acumen Nation planned a hiatus with “Live Farewell 2001,” meant to be their final release. (At this point, both Lopez and Ethan Novak were no longer in the band.) They returned with a surprising new album, “The 5ifth Column,” the following year. Reinvigorated, the band released albums throughout the 2000s, including “Lord of the Cynics” and “Anticore,” until Duffy’s 2012 death.

Acumen Nation remains an industrial staple, making multiple appearances at Chicago’s Cold Waves Festival, including this year’s virtual celebration. Jason Novak is making music under side projects, including Cocksure with Chris Connelly. Although it hasn’t released any new music, Acumen Nation has a loyal fan base. Its unapologetic, tough-as-nails sound resonates with listeners looking for an outlet for their own frustration.

Go West Young Man
By the time industrial reached the masses, Stabbing Westward had been around for six years. Formed in 1985, Christopher Hall and Walter Flakus started the band in Macomb, Illinois. After they relocated to Chicago, Jim Clanin joined, but would be replaced by Andrew Hunter. Bassist Jim Sellers rounded out the lineup. With new members in tow, the band set to work on their debut EP, “Iwo Jesus,” which they released independently.

After a brief stint with Die Warzau, Hall recorded demos for the next album with Chris Vrenna. The demos would help Stabbing Westward land a deal with Columbia Records, but by this time Vrenna moved on to Nine Inch Nails and was replaced by Stuart Zechman. David Suycott also joined to replace Hunter, who left the band prior to the demos.

Stabbing Westward’s debut album, “Ungod” (1994), featured the singles “Violent Mood Swings,” “Control” and “Lies.” The album’s melodic songs and catchy hooks proved popular. The moderate success of the album, tours with Depeche Mode and Killing Joke, and inclusion on movie soundtracks made them a favorite in the booming industrial scene.

Before the band started work on their next album, Zechman left due to personal differences. This forced Andy Kubiszewski, who replaced Suycott on the previous tour, to take over songwriting duties. Kubiszewski’s demos from his previous band Exotic Birds, which featured a young Trent Reznor, would find life on Stabbing Westward’s breakthrough album, “Wither Blister Burn & Peel” (1996). Thanks to heavy rotation on MTV, lead single “What Do I Have to Do?” became the band’s first hit, peaking at number seven on the Modern Rock charts.

Its ambitious third album, “Darkest Days” (1998), was another hit for the band. While it didn’t match the success of its predecessor, a darker, more complex sound and concept story made it a fan favorite. But as the band was hitting its stride, it was dropped by Columbia in 2000. It signed with Koch Records for the release of its self-titled fourth album in 2001. Despite the success of lead single “So Far Away,” the album’s lighter, pop-focused sound failed to connect with audiences. Disillusioned with the music business, Stabbing Westward broke up in 2002.

Hall and Flakus wouldn’t reunite until 2013 when Flakus joined Hall’s new band, The Dreaming. With Stabbing Westward’s thirtieth anniversary on the horizon, the two decided to re-form the band in 2016 for Chicago’s Cold Waves Festival and Dracula’s Ball in Philadelphia. Even though two shows were planned, fan demand prompted them to embark on tours in 2017 and 2018. Inspired to write new music, they released “Dead and Gone” (2020), with their first new material in nineteen years.

Stabbing Westward may not have been one of the pioneers, but they helped carry the torch well into the nineties when the scene was losing favor. No longer dead and gone, they continue making music that connects with listeners on an emotional level.

A Scene Reborn
Industrial never really died. Over time it was forgotten by the mainstream, but bands and fans kept it alive, lurking in the underground. In recent years, industrial has crept back into the collective consciousness. The mighty Wax Trax! returned to celebrate its history and reopen as an online store. Chicago’s Cold Waves festival celebrates the legacy of the scene, highlighting old and new acts alike. New bands like Chicago’s HIDE, Youth Code, 5 R V L N 5, 3Teeth and CONTRACULT Collective lead industrial’s resurgence. Legendary acts Ministry and Frontline Assembly continue to release music. With Nine Inch Nails’ induction into the Rock and Roll Hall of Fame, all eyes are on industrial once again. As the genre reemerges, Chicago’s influence on the scene will continue to spread. 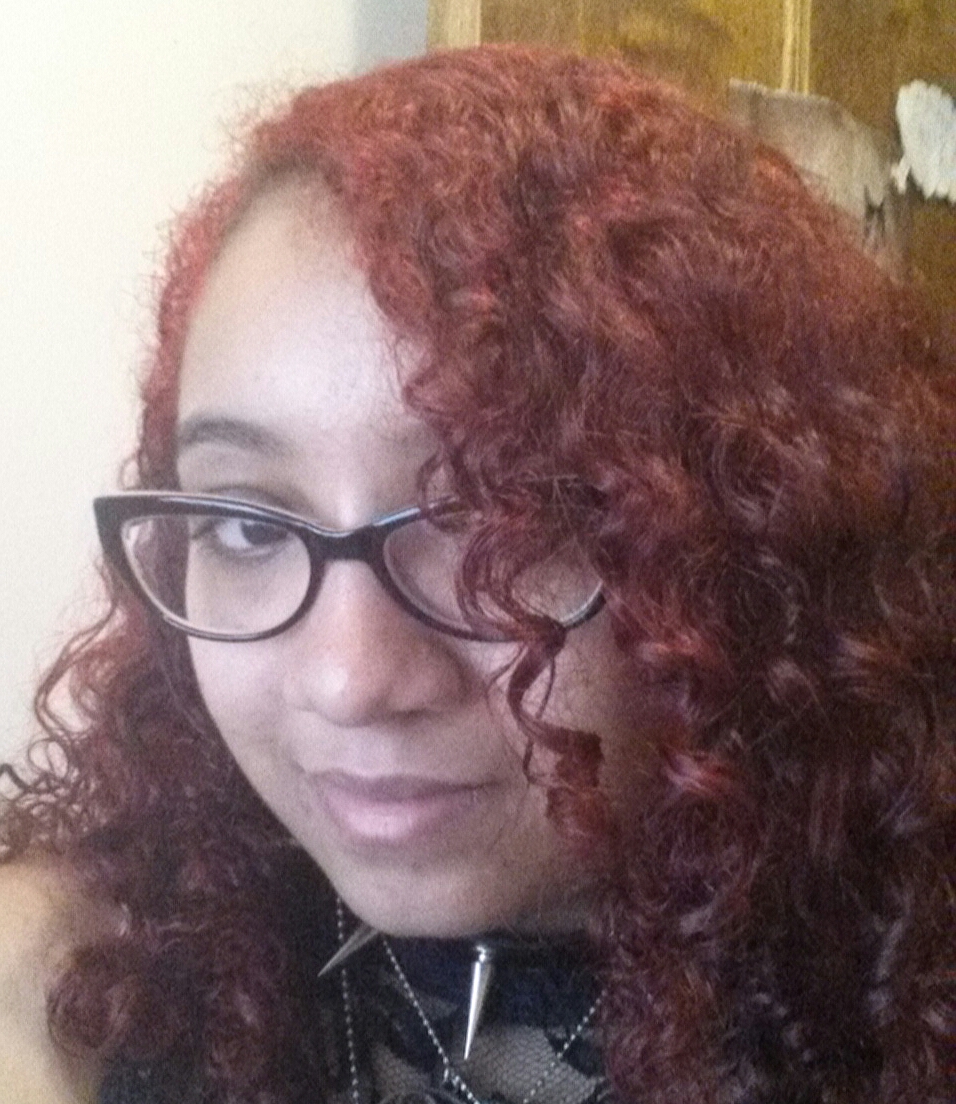 Being a dedicated Skinny Puppy fan from “back in the day” (yes, I’m old) I definitely appreciate these articles but Nick Ogre? You might want to redo your research on Kevin Ogilvie (or turn off the autocorrupt on yer input device. ;-).

Oh damn autocorrect! Nope, that was the computer “fixing” a problem. Working on clearing up that error now. Thanks for pointing it out. Hope you enjoyed the rest of the piece.