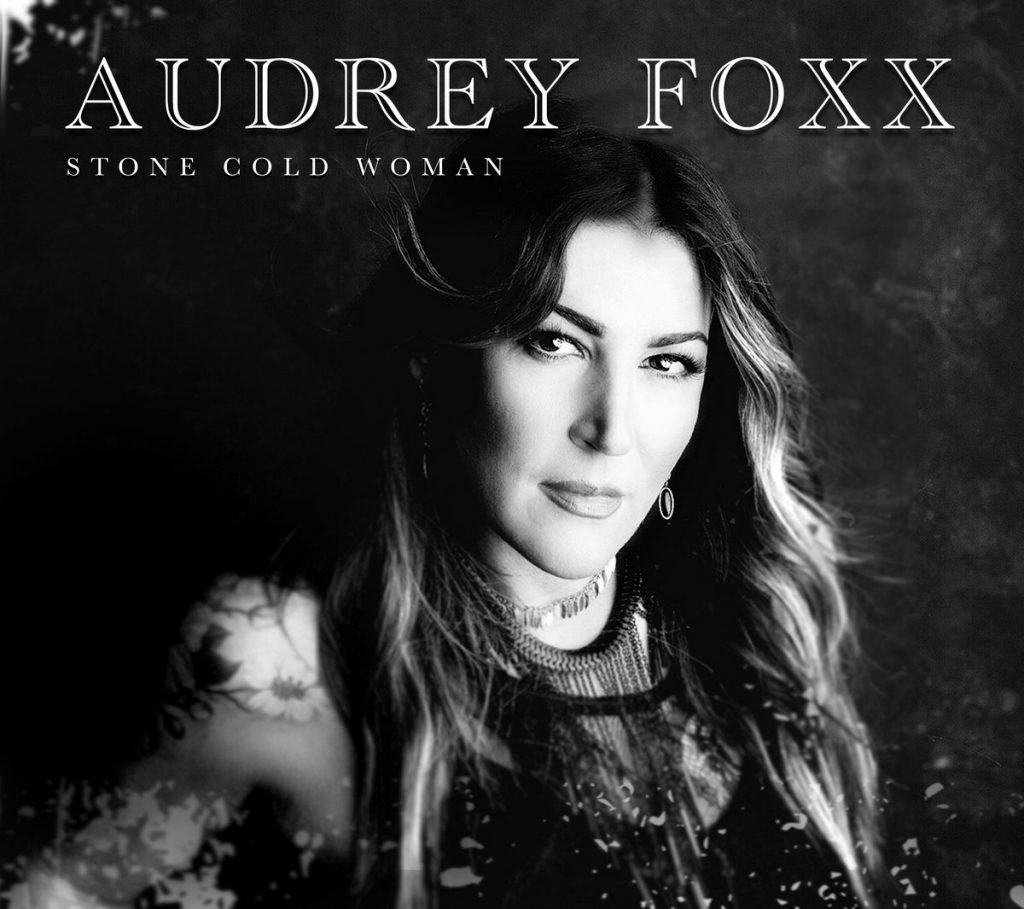 The blues’ influence on jazz is of course both profound and widely acknowledged, but perhaps less so among vocalists than instrumentalists; jazz singers seem more often to owe a debt to cabaret and musical theater. Audrey Foxx has the blues in her DNA, as she amply displays on her debut EP. “Stone Cold Woman” is her five-song set backed by a quartet (Chris White on keys, Sean Jacobi on bass, Ryan Jacobi on drums, Josh Rzepka on trumpet) and the arrangements and performances are all cooly in keeping with the measured, sophisticated virtuosity we expect from such combos. Foxx sings with intelligence and restraint, modulating each phrase to keep in conversation with her collaborators—and to keep your ears perked to eavesdrop.

But behind the control and high gloss there are snatches of what Foxx is holding back: the searing, ecstatic anarchy of the blues. On the title cut she sings, “Then you wonder why / Wonder why I / Left you wonderin’ why / Wonderin’ why I turned so cold,” and each time she hits that word “why” it’s like barbed wire stabbing through silk. (The ironic twist is that she’s absolutely red hot in declaring herself stone cold.)

The first three tunes are originals, written by Foxx and Phil Balsano (and, on the title cut, Elliot Bancel). The tunes are solid—rolling, blues-inflected jazz, with the soloists all firmly in the zone. “Let It Rain” pulls equal inspiration from the R&B tradition, and the subtle layering of Foxx’s vocals on the line “Let it all come down” makes it downright jukebox-worthy. The lyrics, while not world-class, manage to have at least one poetic hook to build on; in “Lost In Smoke,” it’s the passage, “Instead of fire / Doomed desire / We got lost in smoke,” which is a goddamn great turn of phrase.

The final two cuts are songs associated with Billie Holiday. For Johnny Green’s “I Cover the Waterfront,” Foxx includes the infrequently performed intro, which sets the stage for the tune, situating the singer by the “desolate docks” waiting for the return of a lover who’s gone overseas. Holiday’s cornet-like instrument gave her reading a piercing quality; it went right to the heart like a shard of glass. Foxx’s rendition—which begins with a few waves-lapping-against-the-banks measures from Chris White—takes a more dynamic approach. She croons the initial verses with resigned wistfulness—“I cover the waterfront / In search of my love / And I’m covered by / A starlit sky above”—then ascends to an almost accusatory wail on “Where are you? / Are you forgetting? / Will you remember? / Will you return?” The soloists pick up the tune and take it back down to the hushed, midnight-breeze groove.

Foxx also plants her flag firmly on “You Better Go Now.” The song, written by Irving Graham in 1936, is a plea to a lover to beat it before things get out of hand—“You better go now / You better go because I like you much too much.” Of course any singer worthy of the name is going to treat this as much invitation as dismissal—Holiday certainly did—but Foxx ups the ante, crooning in an unmistakably seductive purr. She’s entreating you to leave while grabbing onto your collar and hiding your car keys behind her back.

With this debut release, Foxx proves that she can set a killer mood and sustain it, with enticing confidence, over the course of an entire set. For her next project, I’d like to hear the flip-side—the Foxx who makes a few teasing cameos here, who I’m pretty sure can tear up a stage and pull the roof down on top of it.