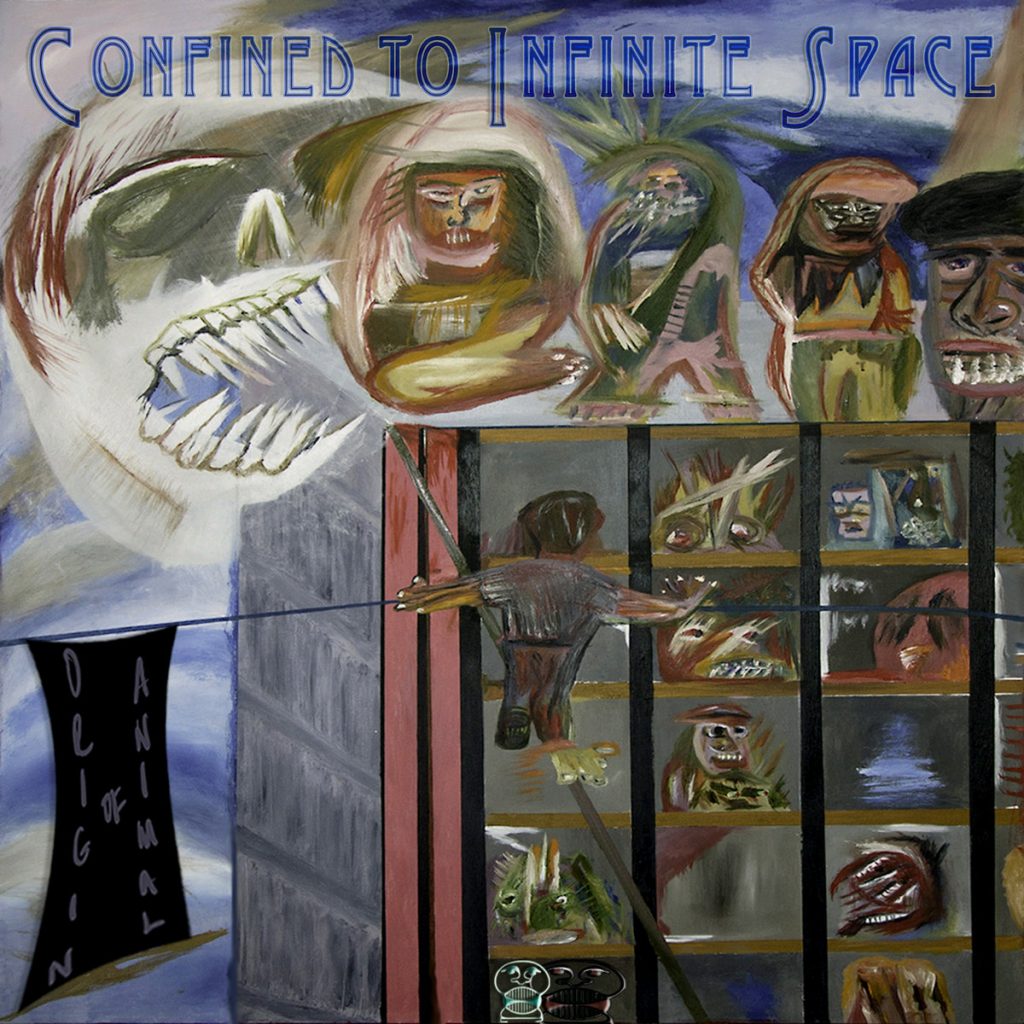 The last indoors, non-social-distanced music event I attended was on March 8 of last year, when Origin of Animal performed King Crimson’s classic prog-rock album “Red” in its entirety at Fulton Street Collective. I’d seen Origin of Animal seven months earlier, when the restlessly ambitious big band—or is it an orchestra?—played the Thirsty Ears classical festival, sprawling over the altar of All Saints Church in Ravenswood to deliver a program that included Vivaldi, Stravinsky, Mussorgsky and Saint-Saens. Just five months prior, the orchestra—or is it a big band?—once again at Fulton Street Collective, had performed the entirety of Miles Davis’ milestone jazz album, “Birth of the Cool.” Clearly, this is an ensemble whose commitment to eclecticism isn’t just lip service… unless the lips in question are firmly clamped to brass and woodwinds.

Now that record stores are effectively dead as essential outposts of the music industry, there’s no longer any reason to pigeonhole artists into prefabricated marketing categories, and Origin of Animal is one of the most adventurous acts in Chicago to explore the post-genre, Wild West landscape. And despite its membership teetering around forty, the pandemic hasn’t stopped it from making challenging, collaborative music. The title of the ensemble’s fourth studio album, “Confined to Infinite Space,” is a pretty apt description of how it views the lockdown: as more opportunity than handicap.

The works on “Confined to Infinite Space” were written over the course of the past ten years, but weren’t recorded until the band members were in self-isolation—when the tracks were laid down, as the press copy puts it, “in various studios, bedrooms, offices and living rooms” throughout 2020. It was also “mixed, mastered, and edited by several people.”

Perhaps inevitably, there’s an exquisite-corpse nature to many of the pieces, which happily suits the way they tack between grooves and genres. The opening cut, “Jelly Book,” is a good example; it whirls in with a cartwheeling riff that resolves into a clarion strut, then repeats—with occasional call-outs from individual players, like bystanders shouting, “You go.” Eventually a chatty sax gets sucked in like there’s a vortex and whips the whole piece into a giddy free-for-all.

There’s tremendous creative energy at work in every cut, with ideas sometimes clanging against each other like kitchen pots. “Lawrence Spivey” opens with a stately, minor-key fanfare that melts into a liquid sax lament; all of which builds into a percussive, urban-daydream theme, looking up past the skyscrapers, which gets pulled back down to street level by an ice-cool jazz-organ solo. This all then hurtles over a brief flare of widescreen anthem to land deftly on the other side, only to have the whole majestic edifice come chasing after it.

“Chuckles” is another standout cut. It shimmers to life with some expansive, chromatically complex stage-setting, but a percussive intruder eventually batters the door down and barrels in, setting up a clash between orchestral sumptuousness and metalhead brashness that actually proves to be more of a contest than you might think. (The improvised guitar solo on the latter makes you sit up and take notice, but the chordal sophistication of the former is like nothing you’ll hear in an arena.) Justin Amolsch’s muted trumpet joins Matt Gunsaulus’ keys for a straightforward duet, that comes in for a landing on a bed of supporting instrumental splendor.

The album’s centerpiece is an exhilarating three-part “Concerto for Two Cellos In G Minor.” The first movement is an allegro, which the two cellos in question (played by Nora Barton and David Keller) more than live up to; but then again, they’d better, given that the entire band is behind them, giving their propulsive all. It’s an engaging, diverting track with a couple of very witty asides.

A largo follows, in which the mood turns dirge-like, then lightens into a Latinesque courtship dance, with the cellos beguilingly meeting, twinning, then swaying seductively apart before re-commingling. Their voices remain entirely legato throughout, gliding over the orchestral frolicking that goes on beneath them. The piece resolves in a brief and solemn minor-key passage in which the cellos say farewell, then wave each other into silence.

Another allegro concludes the piece. It begins with a tremendous clattering, as if the band were in a fencing match with itself; this gives way to a tersely melodic theme, a kind of finger-pointing verbal argument between the cellos. It’s a happily fractious piece of music-making.

There are enough ideas, both conceptual, tonal and textural—and coming in such a variety of guises, from extended passages to momentary bursts—to keep any listener happily occupied for the remainder of the lockdown. And no, I don’t know how long that will be; that’s exactly my point.

“Confined to Infinite Space” is available for download on the group’s Bandcamp page.