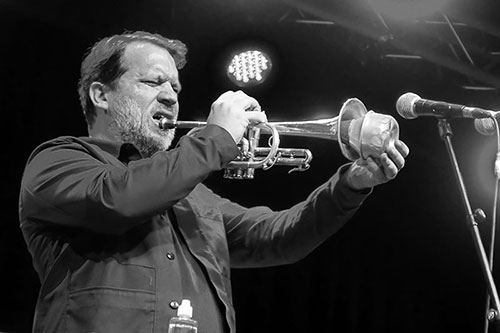 (All are available now)

1
Ron Mazurek & Exploding Star Orchestra
“Stardust”
Mazurek may be an expat these days (trading Chicago for Marfa), but his latest album features a bevy of hometown luminaries, including Damon Locks and Ohmme’s Macie Stewart, in an exhilarating, adventurous, genre-embracing set.

3
Wrong War
“Fixed Against Forever”
If any period has warranted a revival of primal-scream punk, it’s this one. Wrong War was formed in 2019 by former members of Current, Ottawa, Calvary, The Phenoms and Salvo Beta; this blistering debut was released, fittingly, on Election Day.

4
Matt LeGrand
“Matt LeGrand”
Chicago’s self-anointed “Prince of Pop” makes a good case why you should bend the knee. In his suave, self-titled EP, he coos and croons through a half-dozen cuts of seductive, state-of-the-art urban pop.