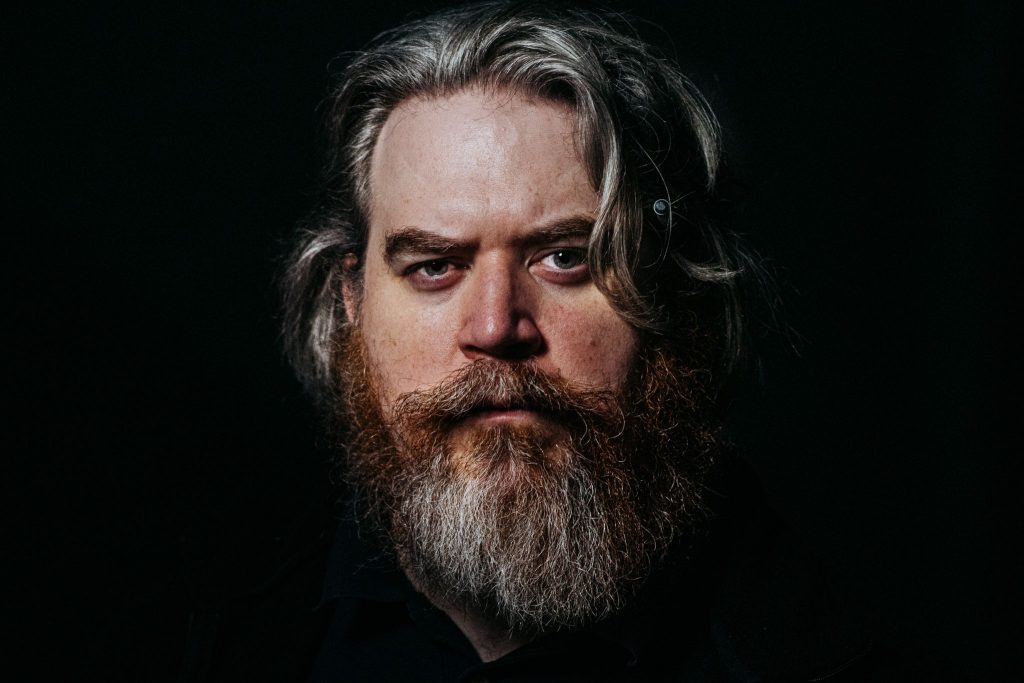 When you drop the needle, metaphorically or otherwise, on Daniel Knox’s new album, “Won’t You Take Me With You,” you’re greeted by “King of the Ball,” a rousing cut with a highly syncopated, music-hall vibe that is paired with lyrics describing a state of triumphant sociopathy. (“I want the piece I walked in the door with / I want the dollar they started the store with… What absolutely kills you makes me tall.”) It’s something you could imagine on a back-alley stage in the Weimar Republic, as well as a seemingly spot-on evocation of our recently departed former chief executive.

But as you listen to the rest of the album, you notice resonances. The next tune—“Vinegar Hill,” with a salsa rhythm and lilting melody matched to lyrics about anxiety, aggrievement and aggression—features a passage that recalls the assaultive vibe of its predecessor. (“Do you know what I’m thinking? / What do you think I’m about? / I’m gonna get in your head and kick my way out.”) Which, in turn, is reflected in a lyric in “Fall Apart” (“And you may think you let me go / But there’s something you should know / I’m gonna show up in a dream / You’re gonna have a hard time letting go”), and, after that, in “I Saw Someone Alone” (“I heard a voice under my bed / Sounded like something you once said”).

There are similar resonances throughout the album. In “Fool In the Heart”—one of the early singles from the album, and, again, a tune in which an irresistible melodic hook is used to bear a kind of Gallic wisdom and world-weariness—we hear this: “At the hotel in the parking lot / Turning around, forget what you saw / The flesh and the ash, the money to burn.” Then in the almost liturgical, synth-and-feedback-heavy “Look at Me,” we get this, repeated like a mantra: “I climbed into a stranger’s car / Goodbye / Farewell / And au revoir.” The next cut, “I Saw Someone Alone,” picks up on the imagery: “I saw someone alone in a parked car / That made me wonder where you are / For all this time / Were you a friend of mine?/ You leave a trail where you go.” Followed by this, from “Lights Out”: “I’m outside in the car / Miles from where you are / If it gets dark this time, it really will be / I’ll keep you off my mind if it kills me”—the last phrase of which doubles back to the imagery described in the first two paragraphs of this review.

What becomes clear on repeated listening (I’ve only had the chance to go through it three times, so far—I expect further revelations as I live with the album over the coming weeks) is that Knox is creating something marvelously new: a meta-narrative, in which events and images, largely autobiographical, are refracted differently through individual songs and musical stylings. After even a single focused listen, you come away with an understanding of what Daniel Knox is singing about—not so much a clean, linear, narrative comprehension, but a constantly shifting, highly subjective emotional one. Knox is mining his experiences not simply for material, but for a stab at poetic universality. When he recounts a bout of suicidal musings—“Crash your car into the side of the road you stupid old man / If you think that gets you where you’re going / If you think it makes you more than just a / Fool in the heart”—it informs what we hear when he later sings, “I drive a lonely road / Sing in a meaningless code / Backwards and forwards / Following orders / Look for my hand in the night / I thought you just might.” Each song is self-contained, but there are wormholes that connect them, forming a cat’s-cradle of parallel universes. 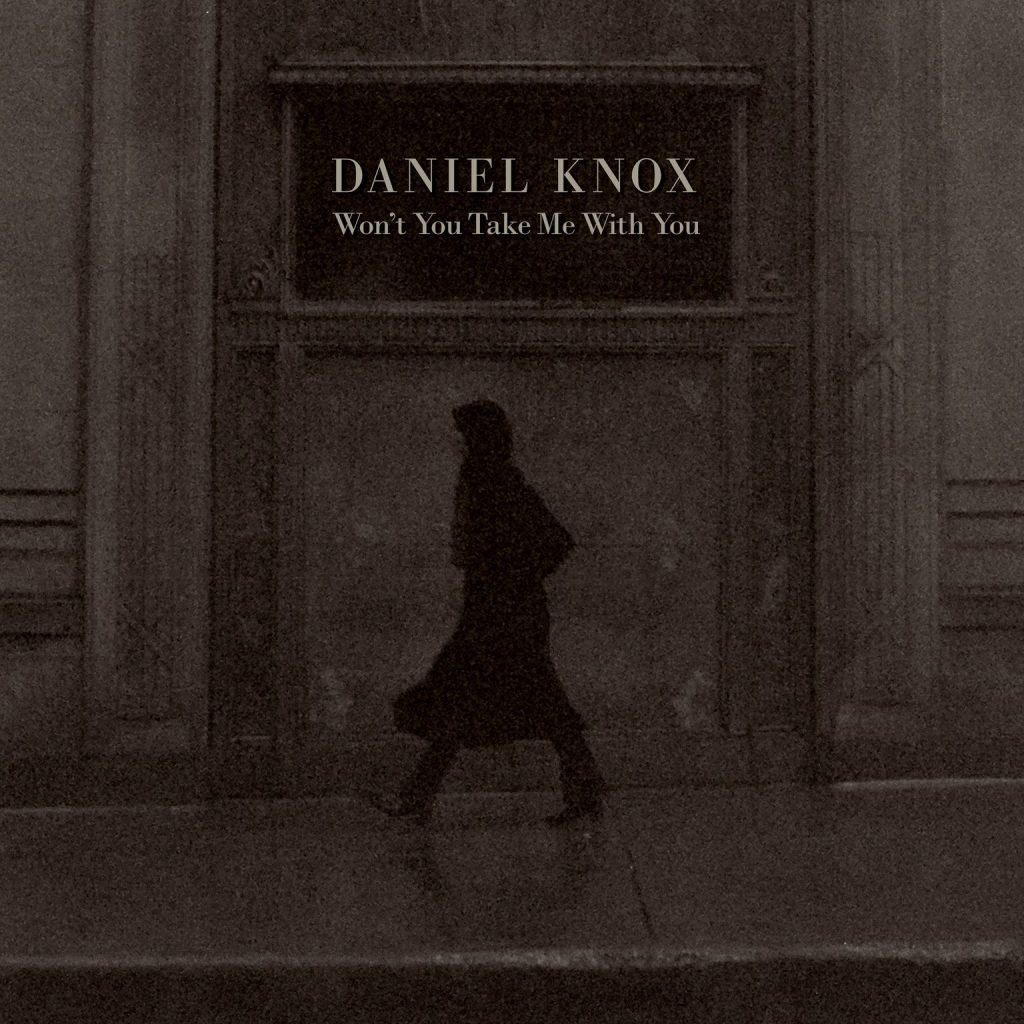 Your first thought here may be, as mine was, “Ah, concept album!” But that term—never entirely satisfactorily defined, although everyone pretends to know what it means—is jettisoned when you note additional resonances to tunes outside this set, from other, earlier Daniel Knox albums (such as “Blue Car” from his self-titled 2015 album: “You can’t win / The car will return / With no one behind the wheel / Then drive away”).

What Knox is attempting is to chart an emotional and aesthetic landscape using a highly personal set of images: the departing car, the darkened shopping mall, someone disappearing. We talk about musicians building a body of work, but Knox is doing so in the truest sense. He’s creating a conversation across his entire recorded output. (“Won’t You Take Me With You” is his eighth studio release—though two earlier 2020 albums were devoted to tunes from “Twin Peaks” and songs composed by Mister Rogers.) The result is the establishment not merely of a musical identity but an emotional and iconographic one as well. Knox is playing a very long game, one that has now—more than a dozen years into his career—begun to pay off.

The song in the current set that best embodies this is “Girl from Carbondale,” which is all about memories—and not merely those of the title character. “This is the part about the house I never saw,” Knox sings; “Outside of pictures and memories / And a Christmas on TV / Glass of wine / Half full / All day, all night / It was something that could start a fight / Or forget about the whole thing / And tell a story over by the sink.”

If I’ve made too lofty a case for this new album—though make no mistake, it takes extraordinary vision and persistence to achieve something new in the singer-songwriter sweepstakes at this late stage of our exhausted mass culture—let me conclude by extolling Knox’s voice. It’s a baritone of such profound ripeness, it almost sounds—for a few bars, anyway—like someone’s having you on, in a sort of, “What If Morgan Freeman could sing?” kind of way. But you soon enough lock onto the sheer silken splendor of this amazing instrument. Knox’s vibrato can, on first hearing, be uncomfortable; it’s very wide, not at all the fashion. But you find yourself happily succumbing to it; it has the same kind of comfort as a blanket that’s been through the wash. There’s an ecstatic comfort, even as it comes apart in your hands. Beauty, after all, is fleeting. That’s the appeal of Daniel Knox: he gives you the terror and the wonder of everything falling apart… and crystallizes that moment of transcendent dissolution.