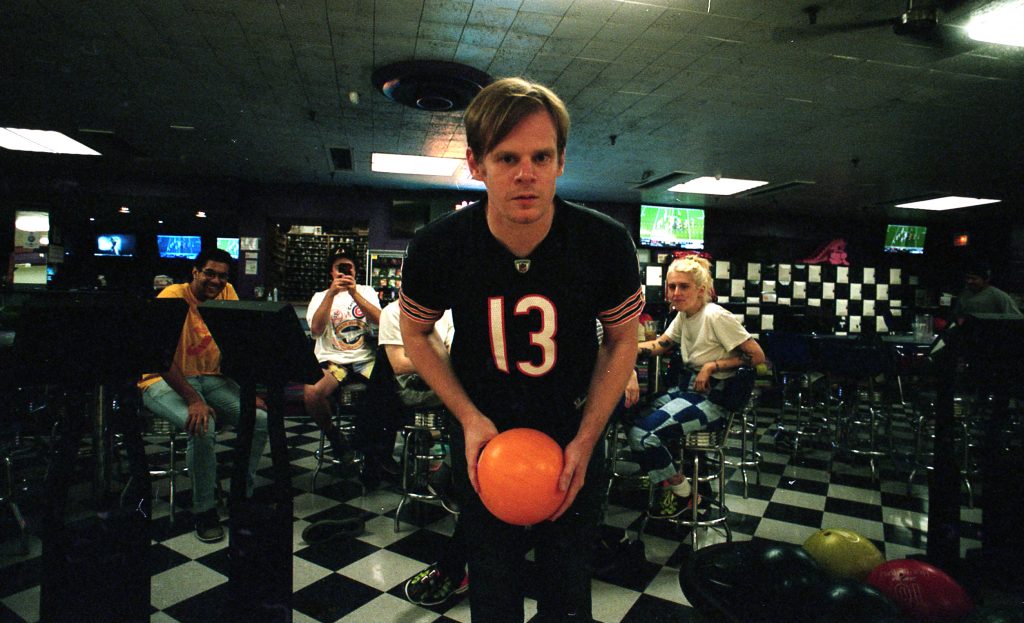 Rewind the tapes to March of 2020. Chicago was breaking free from winter’s stinging cold and the spring rain was rolling through. James Swanberg was touring as an opening act for the Chicago outfit Twin Peaks and was set to play at South by Southwest that spring. His schedule consisted of performances in multiple cities, all aimed at promoting his freshly released summer album, “The One and Only.”

Plans were still being made and tickets were still being sold, but a sense of nervous apprehension hung heavy as the coronavirus swept through Europe. The reality of the pandemic floated on the horizon, and independent musicians like James and Twin Peaks hoped to tour as long as they safely could.

Then a domino effect of national events: Tom Hanks contracted COVID-19. The NBA canceled its season. Pitchfork canceled their festival. South by Southwest canceled. The scope of what needed to be shut down to assure safety grew wider by the day.

On the road in Pittsburgh, James and Twin Peaks had finished unloading their gear for that night’s show when the venue’s manager came out with the news.

“It was an odd feeling,” James says over the phone. “We all knew it was probably going to get shut down, the writing was on the wall, but to actually unpack all your gear and have the general manager come to you and say, ‘Put it all back on the truck’ was an interesting thing to experience; for someone to tell you that that was the end of music for the foreseeable future.”

A year later, James and his fans are waiting for the day when live, in-person shows are something that can be safely carried out again.

Onstage, James is as interactive as they come, improvising lyrics and encouraging crowd involvement. If you want a nostalgic slice of his live show’s unique energy, check out the YouTube video of his Empty Bottle performance from January, where he and Grapetooth’s Clay Frankel initiated the crowd into the love generation.

“I decided that rather than create a band and make these recorded songs into a live performance, I would flip a 180 and do this singing-over-loops thing,” James says. “There is a disconnect between what the record sounds like and what I sound like live, but for me that makes the live shows endlessly more fun. I don’t have to teach a band anything. I can play a new song I wrote that afternoon. I don’t have to worry if everybody is on the same page.”

Although he is new to having his songs on major streaming platforms, James has one of the most industrious catalogues of music in Chicago. Ten years ago, under the name Today’s Hits, James began writing a song a day, posting them onto a Tumblr page. As his Twitter bio promises, you can “tweet @ me with your birthday and I will tell you if the song I wrote on it was garbage or not.”

“I am not going to deny who I am,” James continues. “I am a person who likes to put things out there and see if they stick.”

Regardless of the success that musicians may find in publishing their content, the absence of live performances is devastating to the success of independent musicians. Ticket sales. Merch sales. Playing for new ears in a crowded venue. It’s difficult to replace the genuine value of live, in-person performing, and with Spotify’s reluctance to raise the pay per play on their streaming platform, musicians have been seeking new ways to earn a living and connect with fans.

“I’m not the biggest hater of Spotify’s concept,” James says. “If I released my music earlier on Spotify instead of some Tumblr nobody ended up finding, then I might be in a different place than I am now. ‘It’s No Wonder’ has half-a-million plays, and I would not have gotten that without the algorithm of Spotify. It has gotten me more streams. It does seem a little silly that we’re fighting for a penny while they are making hand over fist. A penny per stream would be huge for me, as in fifteen dollars a day—that’s dinner. It’s damned if you do, damned if you don’t, so right now, I’m just rolling with the punches. But, I mean, in the end it all feeds some terrible rich guy somewhere.

“Let’s say in 2019 I put a band together and we started rolling,” James continues. “If I had a bass player, a drummer, [and] a guitarist who were wondering what’s next, when can we tour next, I would feel so much different than I do now. To have that responsibility of having a drummer or a bassist who relies on you would really stress me out. I feel good as in the sense that once live music comes back, I’ll be able to go out there and just have fun. My stress level compared to a more traditional band, is a lot smaller, and I’m fortunate for that.”

With a year gone since the pandemic shut down live music, the memories of stumbling into crammed bars for ten-dollar shows become more and more fogged up with nostalgia. What used to be something to look forward to in the not-so-distant future is now something that seems almost impossible to return to. Considering the tragic consequences of the pandemic and the failures of political leaders to address it, rocking back and forth beside strangers in front of a screeching guitar seems like a selfish fantasy.

Still, the connection between artist and listener requires constant attention. Even in times of normalcy, James makes sure to stay in contact with this fan base. Lately, he has gone on a spree of sending custom-made stickers to his fans.

“It’s fun since I’m not a big artist at all,” he says. “I really am able to answer every DM, every email. It’s almost tough to call them fans because I feel pretty much at the same level as everyone else. When the band La Luz liked one of my posts, I geeked out. There’s an artist named Margo Guryan who recorded in the seventies, and when she followed me on Instagram I swear I took a damn screenshot.”

There is only so much one can do until the day live music is safe again. Patience and anticipation. Restlessness under another harsh winter and cautionary optimism toward forecasts of herd immunity. James Swanberg maintains his inspiration and bides his time, waiting until the day comes when he can once more play in front of an audience.

“I’m at a good point with live music where I can’t lose the love of it,” James says. “What I get to do is really almost a circus side-show act. If anything, with this time off, it’s nice because the next time I get on the stage, the carnival barker is going to come out even louder. I’ve come up with some really, really dumb ideas. I have a song that I think I’ll try to do trust falls with the audience. I’m excited to do them. I haven’t lost any desire to pack a room full of people and I’m looking forward to the next time it can happen.”