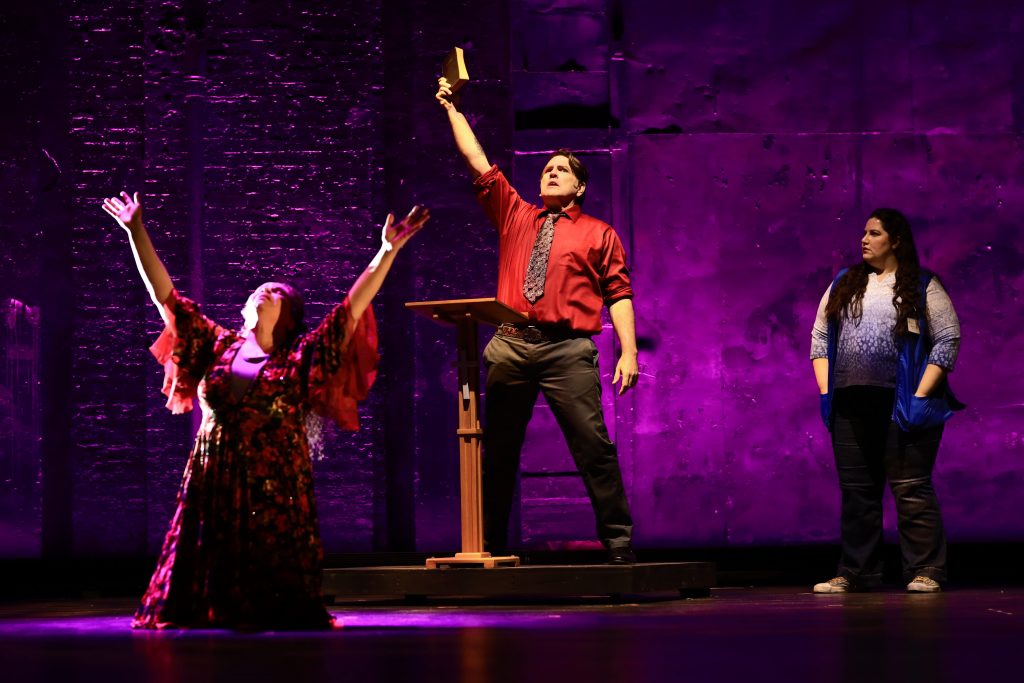 This panel was part of a conference held by the European Broadcasting Union and it took place at the Metropolitan Opera house in New York. I found myself on this panel with some of the country’s foremost authorities on opera and classical music radio.

There was general handwringing about why ratings for opera broadcasts were going down and how we could present a multimedia art form in an audio-only format, especially as the number of people who had a basic familiarity with the byzantine plots of the mostly older operas broadcast was shrinking each year. If you don’t know what they’re singing about, you don’t really know what’s going on.

When it came my turn to speak I asked, why are we broadcasting opera on the radio at all? Shouldn’t we stream it as video instead? Of course this was the wrong thing to say to an audience laboring under the impression that folks still listened to the radio, but I stood my ground.

Opera is more than just a musical medium. It is what Wagner called a Gesamtkunstwerk, a German term for a synthesis of the arts, a work of art that contains music, yes, but also art, poetry, theater, literature and, sometimes, dance. The Met’s recent production of Philip Glass’ opera “Akhnaten” even had jugglers.

The point is that opera should be seen as well as heard. A bright side of the pandemic is that audiences haven’t been able, or inclined, to crowd into a theater to experience people sing-spraying aerosols all over the place, which has forced opera companies to adapt, and many resulting digital media productions have been wonderful.

One of the most impressive virtual presentations I’ve seen lately was Chicago Opera Theater’s production of “Taking Up Serpents” by composer Kamala Sankaram and librettist Jerre Dye. The production was recorded at the Studebaker Theater in a single take.

The production was a collaboration with the appropriately named company Valhalla Media, and the result is visually appealing but also impressively musical.

Not surprisingly, this season has been an adventure for the artistic and administrative staff at COT. Staley music director Lidiya Yankovskaya tells me that her “favorite part of the digital season has been the unexpected personal connections. Through our Inner Workings series and pre-show Close-Up conversations—as well as in literal close-ups during [recording] and behind-the-scenes glimpses—there is an opportunity to connect more closely to our audiences. We’re able to show ourselves not only as performers on a stage, but as human beings telling stories.”

General director Ashley Magnus says that “the biggest advantage to offering our season digitally has been expanded reach. We have the opportunity to share our productions with so many people who are new to opera or new to COT, reaching audiences in thirty-eight states and seven countries with our first two shows.”

I’m not surprised that COT was able to pivot and present quality content digitally, as they’ve done groundbreaking, innovative productions for years and are one of the most exciting companies producing opera in the country. I still get chills thinking of their deliriously creepy production of Philip Glass’ “Fall of the House of Usher” in 2013.

But just as exciting as the high quality of COT’s productions, musical expression, willingness to take risk and technical fluency is a devotion to fostering new talent and presenting opera by living composers.

COT programmed five virtual programs this season and all featured some new music. There were two new operas planned as part of the season as well as premieres of two operas commissioned by COT for their Vanguard program, in which each lucky composer is paired with an experienced librettist to create a new opera over a two-year period.

The two Vanguard operas this season were Stacy Garrop and Jerre Dye’s “The Transformation of Jane Doe,” about the famous ghost story at the Drake Hotel, in which a woman in red allegedly jumped to her death on New Year’s Eve, presumably singing about it all the way down, and Matthew Recio and Royce Vavrek’s “The Puppy Episode,” which is a lighthearted coming-out story.

There are no plans to offer access to the programs that have passed, but you have one more chance to check out a fully staged virtual presentation of a new opera on April 24, when COT presents the virtual premiere of “La hija de Rappaccini,” with music by Daniel Catán and libretto by Juan Tovar.

The production was shot on location at the Field Museum (another advantage of virtual productions Is that you can shoot in super-cool places like a world-renowned natural sciences museum). The hanging gardens that float in place of Sue the T-Rex will be lowered to create the setting for this surreal tale in which boy meets girl and falls in love but can’t touch her because her botanist dad tested poisonous plants on her and she’s now toxic. (Talk about tainted love!)

This has been a trying time for everyone and virtual presentations at this exacting level are expensive, but that was no less true in the 1920s when opera broadcasting began around the country on new, syndicated radio networks. Streaming is the dominant media of our age and it’s uniquely qualified to present opera. I’d love to see COT expand access to their wonderful productions beyond Chicago.