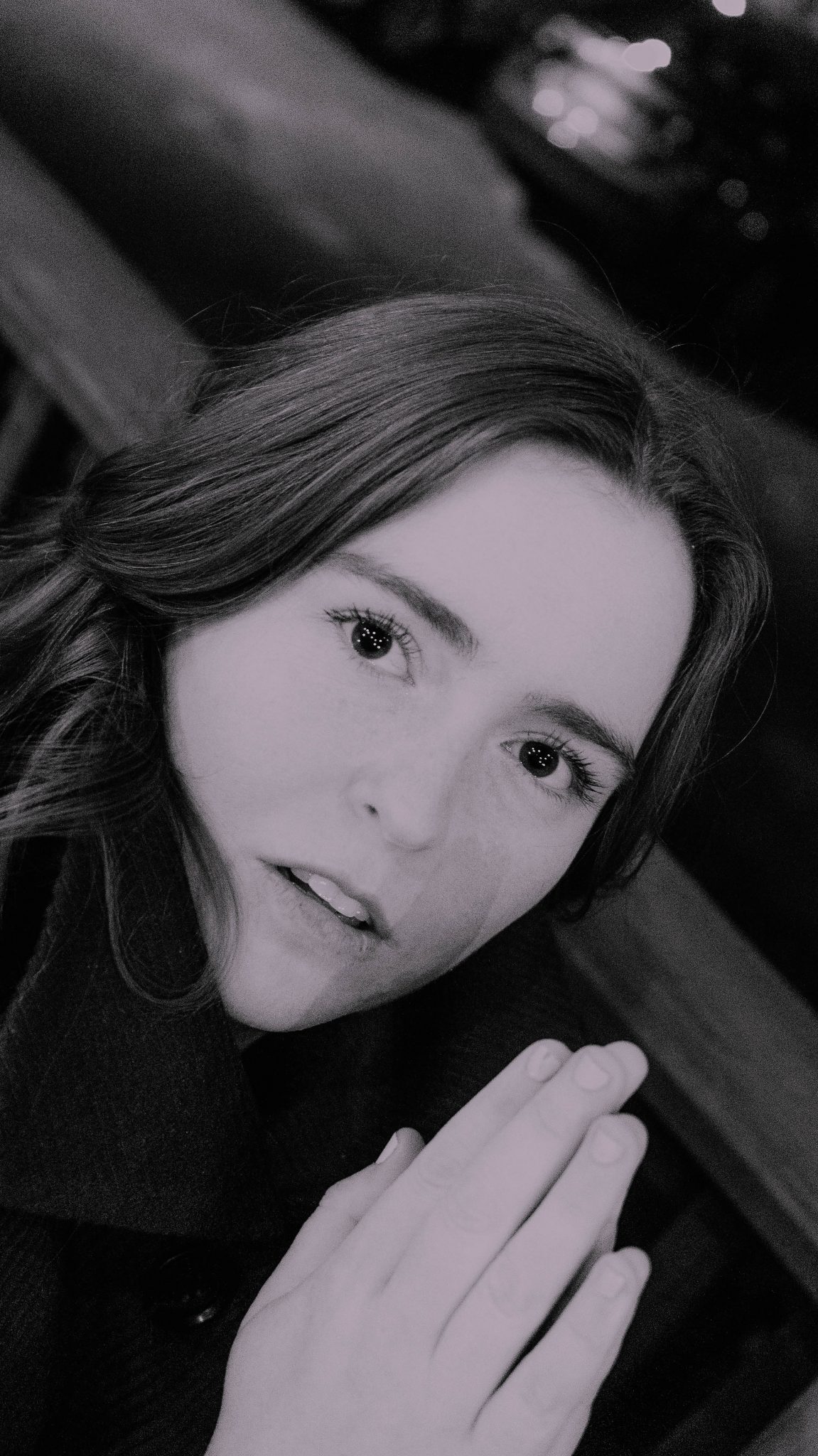 Bridey Hicks greets me on her back porch with a cup of herbal tea and sheds her purple winter coat after a minute of sitting in the unusually intense April sunlight. As she squints in the unshaded section of her porch, we talk about her process of making music and her pursuit of signing to the right label, until she interjects, “By the way, it’s totally okay if you get nothing from this. I feel like I’m not answering any questions.”

Bridey is a Chicago musician whose powerful vocals and dynamic sound validate why her recording name is spelled out in all caps as BRIDEY. Although she’s originally from San Diego and relatively new to the Chicago music scene, she’s difficult to ignore as she continues to put out music that is perfect to sway back and forth to.

She has been teaching herself the steps required to create and release music. She produces, she performs, she books, she promotes. With the necessary tools for song production more attainable than ever before, Bridey has been exploring her potential as an independent musician by crafting a sound similar to that of Cat Power or Haley Heynderickx.

In December of 2019. she released a full-length album, “Honey,” followed by an EP, “Pop Diary,” and a set of demos that she released publicly last year. Recently, she has been working on an upcoming album which will include her most recently released single, “The Yearning,” featuring the most collaboration Bridey has had on a piece.

“Having more people involved is so much better,” she says. “And it’s so much less embarrassing than just me going ding-dong-ding on a keyboard. It’s another person’s touch. With ‘The Yearning,’ I had Cam Mahai singing and playing guitar, Alex Collyard doing drums, and then Zach Arney mixing and Huntley Miller mastering.

“I’m from San Diego and I first came here for comedy,” she says, shifting to a shadier part of the porch. “It’s an interesting trajectory, but I feel like film, comedy and music all go together really well. Especially in Chicago, because it’s such a big community and everyone does at least two of them. It opens up a huge box where I’m like, ‘Wow, this is really great and the people are weird and cool. It seems scary, but it’s nice?’

“I think collaboration is huge, and I found that out when I was making films and writing. It makes it so much better and full. It’s something you get to share with just a few people, which is awesome.”

Bridey’s audience is modest but grows with every release. Even considering the limitations many new artists are experiencing from the absence of in-person performances, Bridey still finds ways to get her name out there and improve her sound along the way. In February she performed via Instagram Live at the Little Dame Shop in San Diego. Last month, she played a socially distanced show at City Farm in Old Town. More recently she performed at the Annoyance Theatre’s “Green Show Live,” filmed in front of a giant green screen.

“My first live show was in 2019, I think?” she says. “Probably at an improv show, I think at the Crowd Theater. Just me, a guitar and an amp. It’s pretty silly and goofy opening for comedy acts, but that will be my origin story—opening up for improv people. I’ve done a bit of stand-up, but doing improv makes me want to die. My brain just doesn’t work that way. I think if comedy is my music origin story, that’s fine. Sometimes it feels very opposite. Some of the songs that I play are not as fun and snappy as an improv group, but I don’t know. It’s weird. The moment I stop being terrified of being in front of people, it gets kind of fun. I think I’m just going to try, and keep trying.”

It’s been rewarding to listen as Bridey’s sound evolved over the past year. As she moved from recording in her bedroom to recording in a studio, her energy grew around that change. As she includes other musicians to participate in her songs, that energy changes again; it becomes more colorful and rounded. Although it’s easy to publish music by just clicking a few buttons on your laptop and paying a small fee, one of the greatest lessons learned by emerging artists like Bridey is patience.

“Usually I’m producing it all, so in my head I want that rush of a song being finished and letting people hear it,” she says. “After completing something, there comes a manic state of just getting it released. It’s an intense feeling. I wonder with ‘The Yearning,’ since there’s more people working on it, that it’ll be less painful to wait, but I think I got to do a little huddle first because I could put it out, or I could just wait? I had a little bit of a doubt—is this a good single or would it be better just being a track on the album? I always worry that by the time the song is released I’ll be like, ‘There’s that one.’ That’s when it gets dumb. It gets business-y.”

Still, Bridey manages to remain inspired and creative while she covers the business side of promoting her music. She listens to MUNA and Tom Petty. She watches movies from a projector she aims at her bedroom wall. She tweaks and works on her next album with the hope of releasing it this year.

“Someone once said to me that people like to see your journey,” Bridey says. “When I look at someone I really admire like Julia Jacklin, she’s been doing this for years, so I think it’s really hard to expect anything too soon. Like nobody’s thinking about my next song’s release but me. Nobody is necessarily like, ‘When is she going to drop the single?’ But still, it’s hard not to be in my own head, especially with social media. I am so open to changing my sound and going back and figuring it out. I don’t even know if I found my sound yet or if it even is one sound, but it’s all so embarrassing! It feels so dumb to be earnest.”

While vaccinations roll out, local Chicago venues and fans alike are vibrating with anticipation for live music. The Empty Bottle and Thalia Hall are opening their books for shows starting in August. The snow is long melted and the trees are budding leaves. Whatever normalcy there was before this pandemic, some sense of it seems to be approaching from the distance. Bridey, in the meantime, remains earnest.