When I last spoke with Sons of the Never Wrong, the much-loved trio was celebrating its first quarter-century; it was also bracing itself for what promised to be four years of regressive, if not abusive, policy-making by the incoming Trump administration.

Now, the band’s new record (its eleventh studio album), “Undertaker’s Songbook,” arrives at a time when we’ve emerged, far from unscathed, on the other side of that ordeal, where we are collectively relearning how to exhale; this album is filled with music for the moment. It’s an extraordinarily grown-up album, filled with rumination on loss—but not in an elegiac sense; for the Sons, embracing loss is a means of moving forward. The album works like a catharsis; each time you listen to it, you feel physically lighter.

In addition to a number of exceptionally beautiful melodies, the songs feature some of the band’s most gorgeous, evocative lyrics. From Bruce Roper’s “Shorebird”:

We prairie boys and Midwest girls
What do we know of water worlds?
The plowshares break, the ground will curl
Unburdened by the sea

From Sue Demel’s “Set Us to Prayin’”:

Nobody’s left but the wrens and the river
The ashtray is empty, the news is turned down
You can live on a little, till big trees all fall quiet
Pick a bowl full of light, turn it into a crown

I spoke with two of the Sons, Deborah Lader and Bruce Roper, about creating the album, and about writing and recording during the pandemic. (The third member, Sue Demel, was recuperating from an illness and unable to join us.)

First I want to talk about collaboration. You two live in Chicago; Sue lives on the Upper Peninsula. So there’s already a challenge. Toss in the isolation, and I’m wondering how that affected your process—and whether there were strategies you landed on that you may stick with for post-pandemic albums.

LADER: Some of the songs were started before the pandemic. So we were already kind of on our way with experimenting with found sounds and other things, and then that was cut short.

ROPER: We did have the name “Undertaker’s Songbook” before the pandemic hit. So then we realized it was apropos. We’re always kind of morbid anyway, we’ve done a lot of songs about death in the past, so this one turned out that way.

LADER: Usually when we name an album we have these long, drawn-out fights; but as soon as we came up with “Undertaker’s,” it was like, “Yeah, that’s perfect.” And part of it is the time of life we’re in, you know? As we age, and the whole wink-and-a-nod idea. That made a lot of sense; and then the pandemic hit…

ROPER: We had time to think of things individually. Whereas when you’re all in the studio—say you’ve set aside a day, like, “Tuesday, ten o’clock, we’re gonna record,” then everybody’s brainstorming, everybody’s rushing, everybody’s got different ideas… But this time, this had a different tone to it, in that we all sat and thought and worked on our own.

LADER: At the same time, there was this sense of lonesomeness that we had for each other. Because we love the immediacy of those ideas bouncing off each other, which we didn’t have as much of. We were Zooming a lot, obviously. When things started to get a little better in the summer, we all took tests and then went up and sequestered ourselves in Sue’s cabin for almost a week. And we wrote songs together there, and arrangements; so some of the sonic quality, of the songs—like “Muddy Muddy River” is so different from all the other songs, with the exception of “Bob & Socrates,” because we recorded it up there and the circumstances weren’t ideal. But it has this weird rawness to it that’s kind of honest and obviously wouldn’t have happened if we were in the studio where everything’s perfect. So I think the whole album’s a little more raw because of that.

ROPER: But at the same time it’s certainly more produced than a lot of our other albums. Because we had time.

LADER: Being cooped up in a cabin together was one of the most joyous things that happened to me all year. I brought my son with us; that’s why he’s on a lot of the tracks, he’s a musician, too. And at one point we had Scotty, Sue’s husband, banging on a pot and pan during the ode to John Prine (“Set Us to Prayin’”).

ROPER: I always tell people, when something happens, don’t write a song about it. Like when COVID hit, everybody had a COVID song. Well, don’t write that song; you’re never gonna get it right. And I advised Sue not to write a Prine song; but she kind of hit it. It’s probably the best Prine song I’ve heard, because it’s not overindulgent.

LADER: I think she wrote a song that he would’ve liked. 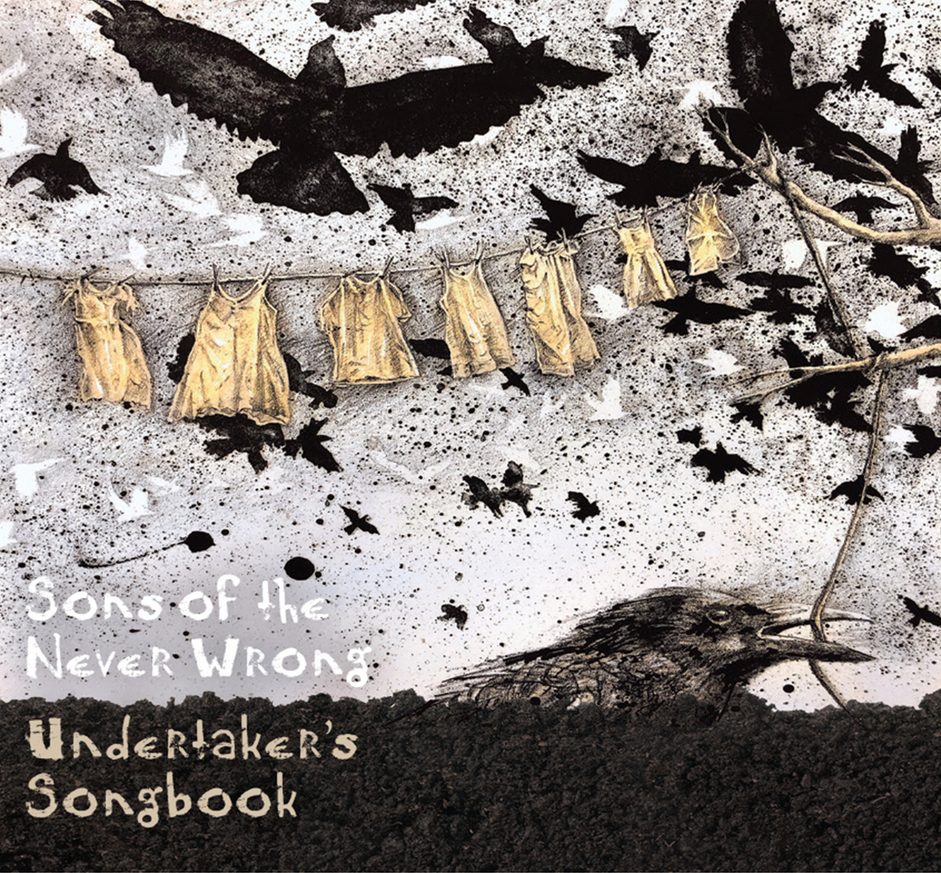 There’s thematic cohesion to the album. One thing I noticed immediately was all the water and river references.

ROPER: Well, Sue lives on this river, the Chocolay, so when we were up there writing, it would inspire us.

LADER: Bruce wrote his Chocolay song (“On Chocolay”) in one freakin’ day. He started it, and he got sick ‘cause he stayed up all night writing the song. Then he came back and recorded it, with all those found sounds—that’s all Bruce. I mean, he’s the producer of the album.

This seems like a much more traditional folk album than many of your recent ones. I wonder whether that’s a deliberate response to recent political and cultural changes.

ROPER: I think we’ve matured into folk singers more than anticipating or trying to be that. I think there is a lot of maturity that came into this, because we’ve done it now for thirty years. Sue had been in a place where she wasn’t writing much. I said, “I need something from you for the CD.” And then she wrote a couple of those things right away, after not writing for three years or so. And I think that was certainly part of that maturity.

LADER: When Prine died, Sue wrote that song that month. And then all this other stuff poured out of her. She rose to the occasion in so many ways.

You’ve mentioned the use of found sounds, which I believe is new for you; there’s also the use of spoken-word passages, like Bruce’s wryly sweet intro to “On Chocolay,” and Marc Kelly Smith’s recital of an A.E. Housman poem on “Black Dirt Ground.”

ROPER: I heard what he was doing with the Last Word Quintet, and I have a friend who’s since passed, who gave me Housman’s “Collected Poems” as a gift. Meryl Streep reads that poem (“To An Athlete Dying Young”) in “Out of Africa.” That’s another fun tie-in.

LADER: We did a number of things on this album that we don’t often do. Bruce wrote “Shorebird” and Sue sang it solo. And when I heard it, I burst into tears and said, “I’m not singing on that. That is done. It doesn’t need anything else. That is just the most beautiful interpretation of a Bruce song I’ve ever heard.” And I feel like if we’d been together, she would’ve insisted, “No, you have to sing on it,” but this [separation] gave us the weird opportunity to be like, “No.”

LADER: And she’s a brilliant singer.

ROPER: And part of what this separation has allowed us to do is to force her to be more out front on these songs. She would’ve had a fit if she’d been sitting here with us. “Oh, that’s too much me.” The joke was always in the mixing, Sue would say, “Turn me down, turn me down.”

LADER: This is why we’ve been together thirty years. It’s like, “How are we going to serve the song?” and “No, I don’t want to be lead, you do it.” We’re the anti-ego band.