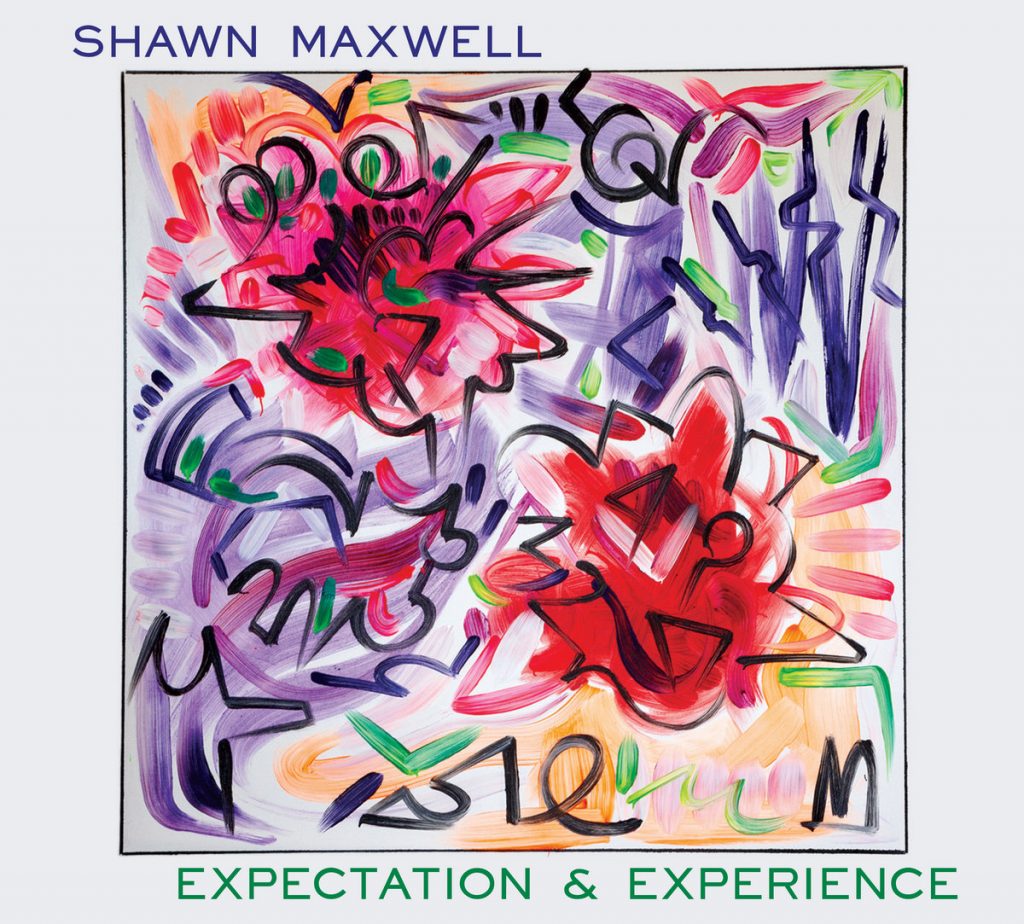 Saxophonist Shawn Maxwell has headed ensembles of different sizes, from lean quartets to muscular dectets. His new album, “Expectation & Experience,” is something else again: it features thirty musicians, including almost all of his prior collaborators, but it parcels them out over the course of seventeen tracks, with no one playing on more than a single cut. As a result, Maxwell’s role here is less that of bandleader than of solo performer with guest artists. The sonic range of these collaborators is vast—it includes vibraphonist Stephen Lynerd, Howard Levy on harmonica and Gina DeGregorio on marimba—but Maxwell’s own voice is so distinctive and compelling, and his point-of-view so definitive, that the album is remarkably coherent. Those seventeen tracks—several very short—comprise a narrative of bewilderment, loss, outrage and accommodation: the story of one man’s navigation through 2020.

I spoke with Maxwell last week about the album’s origins and challenges.

I’m assuming this is an example of turning a weakness into a strength. The inability to collaborate with a group of people collectively on a project gave you the opportunity to rethink collaboration and approach instead in this more modular way. Am I close?

It was out of frustration. There’s a missing Shawn Maxwell album out there. 2020 was supposed to be so different—like [for] everyone—and this album, “Millstream,” technically never came out on the label because they’ve been waiting ’til things get more calm. So it was a combination of “Well, nothing’s happening with that—I’ve got to do something else to keep me busy.” So the challenge was, how can we do this to tell a story? And how can we do it without taking thirty people into a recording studio? So the whole thing came about by situation. And Nick Eipers—he’s my engineer, he’s worked with me on my last eight albums; he’s my co-producer—he and I were talking about the logistical side, about how we get everyone to do this where it’s safe and comfortable. And it grew up from there.

So you had the idea of doing these sometimes very short pieces, collaborating with sometimes just a single musician or a handful at a time. Was that liberating? Or was it challenging?

Yes. [He laughs.] Some tunes just kind of worked. It was like, “This is what I’m envisioning in my head,” and bam, it’s exactly what that was. And others—going into it I wanted to let the music speak for itself. What I did for all of them is, I recorded them and laid down my part first and send it to one musician, with a brief description, “Here’s what I’m thinking. But if you’re feeling something else, go with that.” And there were times where they went a little different, and it was like, “Oh, you know what, now that I hear them, we need to put a violin on this.” But other times it was, “All right, that marimba and sax thing is exactly what I thought it should be.” So yeah, sometimes it was liberating; sometimes it was, “What the heck do I do with this now?” 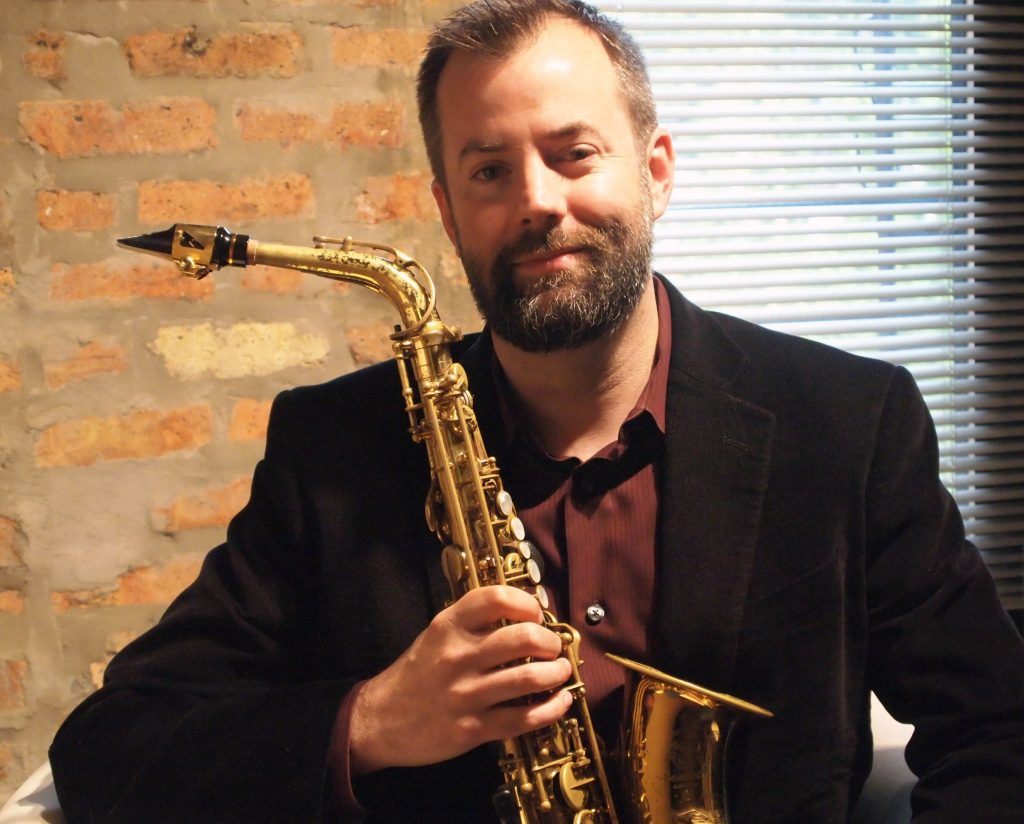 It’s interesting that you took inspiration both from what you were experiencing personally, like having suddenly to teach remotely, or the loss of close friends, and things that we were experiencing as a community, like George Floyd’s murder. So in that sense it’s like your musical diary of 2020. How soon into the year did you start writing?

I was writing things the entire year. The way I write is, I go on jags; sometimes I won’t write anything for a month-and-a-half, two months; and then I’ll write a ton of tunes in a week. I don’t have a strict regimen. But especially when we were on lockdown—well, I had time. And I’ve always written based on people and places and things around me, and for better or worse I had CNN on a lot. And seeing some of that stuff I would come up with things—not really basing it on George Floyd at the time, but I remember writing a ballad, being in that mood, just watching that footage over and over and just being depressed. And it wasn’t until probably August or September when I started talking about doing this album, and came up with the idea of having, instead of an album of tunes, an old-school album where you have to listen to the whole thing—an album about 2020. And by then I had most of those tunes written. Over the next few months I composed maybe a handful more.

The album does hang together really well; possibly because the story you’re telling is one we all lived together. So we’re familiar with the narrative. But you vary the tone a lot; for instance, there are a few tunes that seem pretty clearly ironic. For instance, “Empty Shelf,” which is ostensibly about the shortages in the early days of the pandemic, but which sounds like it could be a track for a vintage package-goods commercial—that little chordal shimmer you use throughout keeps saying, “All of this is for you!”

That one—my wife and I, when we talked about pandemic shopping, were like, “Should we wear masks? And goggles? And gloves?” And it felt like we were in these scuba outfits, and we could barely hear. So like you said, a lot of this happened to all of us; so I was trying to come at it from my personal experience, but sometimes it’s kind of tongue-in-cheek. So even if someone disagrees with me on some of the subjects, especially politically, they can still hear and say, “I get what he’s going for.”

Is there any track that’s a standout for you? One you want to play live?

I want to play all of them live. Especially now that it looks like we’re going to be doing shows regularly again. I’ve got to figure out how to do these tunes with a quartet or quintet.

Is there anything you learned from doing this album, in this manner, that surprised you, and that you’ll take with you on your next project?

A handful of things. Composition-wise, I always try to be creative and daring… that’s a weird thing to say. [He laughs.] But I do try to push things because I want to be different from everyone else, and go with what I’m hearing in my head, and figure out how I can convey it. I feel like with this one, the instrumentation and the end results, I’m very happy with what we’ve got. So I’ve learned, with composition, that I should just go for it—go fully in. That, and the technology. I don’t know if I want to record an entire album remotely again. But we have that capability at our fingertips now.